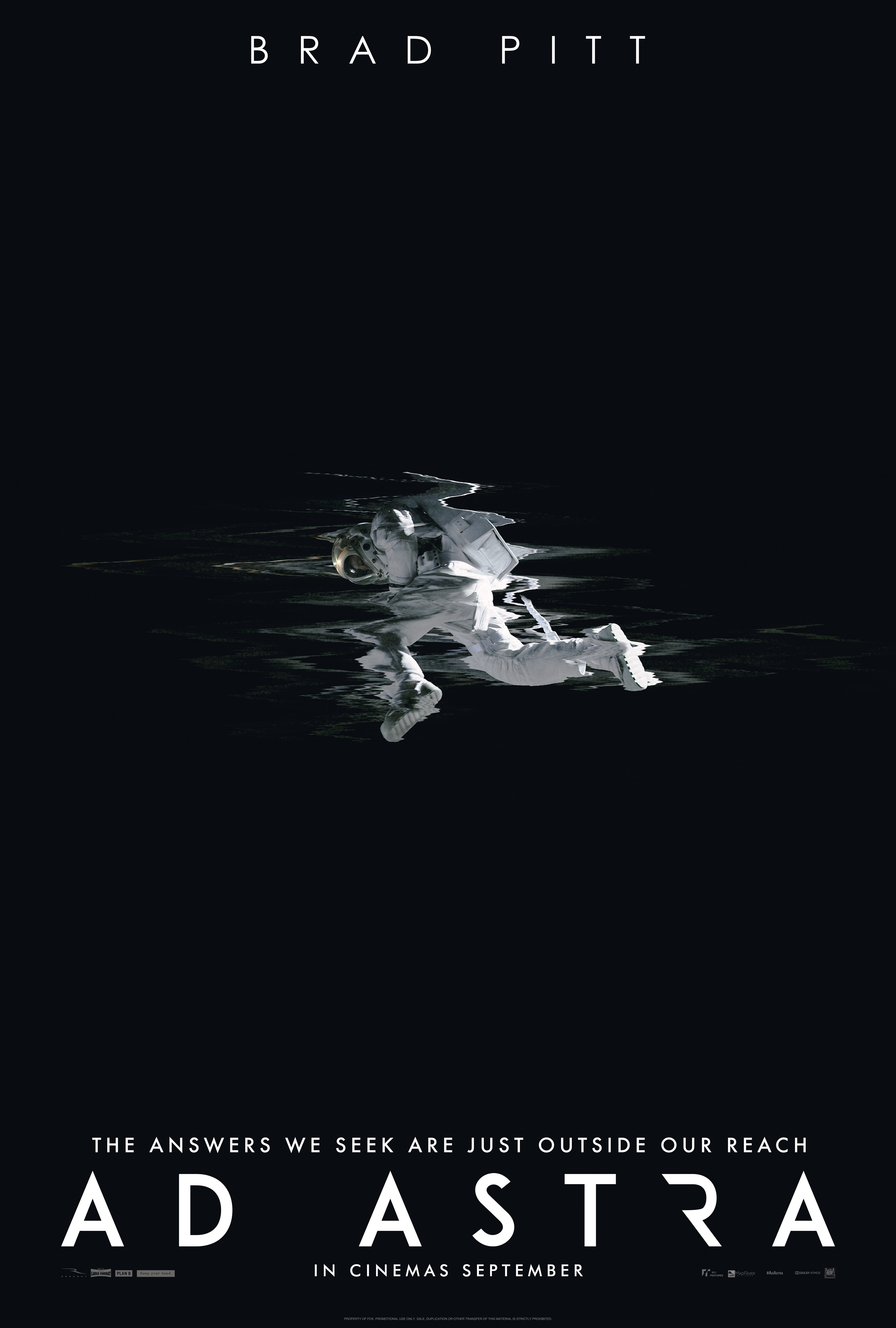 Sam Denyer
Politics and IR student with a thing for the Babadook
Published at 14:00 on 26 September 2019
Images by Fox
Space and loneliness go hand-in-hand, both in cinema and, one would assume, in real life. The image of a single astronaut floating in the nothingness speaks for itself; even Earth can look isolated in space, its seven billion inhabitants represented only by a blue marble hanging in a sea of black.
Such a feeling explains why so many films set in space are not really about space, but the seclusion one experiences once there, or the solitude one seeks by going there in the first place. James Gray’s Ad Astra continues this tradition but adds another edge to it with a protagonist so reticent that his isolation only grows more and more damaging.
Brad Pitt plays Major Roy McBride, who is recruited by the US military to investigate the causes of power surges which are killing thousands around the globe. The exact circumstances are unclear, but McBride is told that it may have something to do with his presumed-dead father’s mission to Neptune. This familial connection makes McBride a valuable resource. He is sent off to find the answer, stopping first at the Moon and then Mars before going into deep space.

Pitt conveys his prolonged trauma terrifically. Being abandoned by his father, who could not resist an insatiable desire to find extraterrestrial life, left a hole in his life, one which he has not filled since and has left him emotionally stunted. He makes little effort to form relationships with others (he is distant from his partner, played by Liv Tyler) and only really seems content in the solitude of space. Yet, as the film continues, and he travels further from home, this solitude warps into something much less comforting. He is finally forced to address his trauma as it manifests itself both internally and physically. Pitt is up to the task: his eyes are like dark lakes lit by a dim moonlight, hiding so much but betraying his anguish more and more as the film goes on.
Gray’s film really succeeds because it is smart enough to realise that this emotional repression is institutionalised. In Ad Astra, this is represented by the psychological evaluations that McBride has to take before each space flight. He passes or fails depending on his emotional volatility at the time. By now, he knows what it takes to pass, even his heartrate stays below 60 BPM, but bottling his emotions to such an extent has wreaked havoc on his mental state. Government-sponsored emotional inhibition reinforces the toxic masculinity which sent him on this downward spiral in the first place. He is not expected to demonstrate any real emotion, just as men are not in the real world. The tangible threat is the harm it will do to his career, given its high-risk nature. On another level, the tests imply that the powerful institutions he encounters find it much easier to sculpt a blank canvas than one more willing to express his true thoughts and feelings. His fear of expressing his anxiety and trauma is what makes him so keen to isolate himself, and space is the perfect setting for just that. It is also an evergreen metaphor for this internal conflict which affects so many men. The rare moments where he expresses real emotion are devastating. Pitt sells the feelings slowly leaking out of this man beautifully, like a tap half-turned. He is both an extraordinary astronaut and an embattled everyman, emblematic of real struggles.

The film is not just thrilling psychologically. A Mad Max-esque chase on the Moon ends in McBride’s buggy hurtling off a cliff-edge, slowly spinning down to a gentle crash on the Moon’s surface thanks to the limited gravity, a grace note which demonstrates the strength of Gray’s filmmaking craft and how he can make the film feel so tactile despite its sci-fi trappings. Sometimes such is not hard when he has so many real-world things that he is keen to skewer: McBride flies to the Moon commercially to preserve the secrecy of his mission but is charged $125 for a pillow and blanket on the journey and is greeted by Subway and Applebee’s stores once he arrives. His father would have been sickened by something so wondrous being transformed into something so mundane, he argues, in a voiceover which reinforces how emotionally choked he has become externally by showing what he truly thinks privately.
The voiceover is occasionally on-the-nose. Some may find this off-putting, but ultimately it makes sense given its purpose in the context of the film. This and the impenetrable nature of McBride may alienate some, but the journey to the centre of his fractured psyche is extremely rewarding if you are as committed as Pitt and Gray are.

Brad Pitt gives one of the most compelling performances of recent times in Ad Astra, a space film which tackles loneliness and toxic masculinity with just enough honesty and optimism to feel genuine and radical.

Ad Astra is in cinemas now.