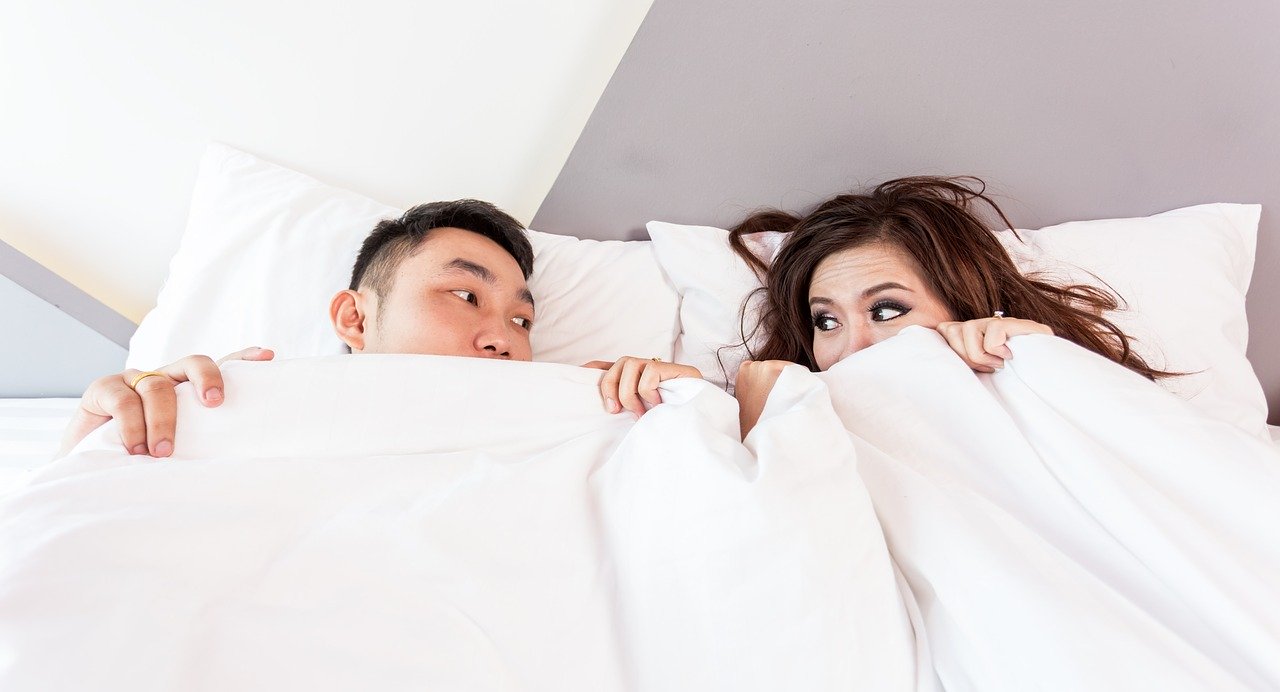 Written by Hannah Robinson
Published at 12:30 on 4 April 2020
Images by sasint

Sex is a normal part of everyday life. It releases chemical endorphins which can aid our well-being, relieve stress and increase our happiness. So why should this stop when we grow older? The older generation are often left out when it comes to talks surrounding sex, being made to feel invisible, and it is often assumed they have less sex than the younger generation. However, STIs are actually on the rise for the older generation, proving sex is still a vital part of life, even as we grow older. Although our bodies change as we grow older, our experience with sex shouldn’t have to.

The brand, TENA, combats urinary incontinence through providing pads and products to help manage this. Their new campaign, ‘#Ageless,’ aims to address and combat the taboos surrounding sexual health and confidence in older women. As part of the campaign, their latest advert features a series of women, all over the age of 55, discussing their own bodies and experiences, in order to try and break these taboos. The women are dressed in lingerie and voice-overs are used to highlight how, despite what people may think, age has not lessened the excitement of their sex lives or knocked their confidence, as well as how they do not allow incontinence to affect their daily lives. Viewers of the advert were left divided, as many older women admired the honesty of the advert and felt it was empowering, whilst many viewers, who the advert was not necessarily targeted at, felt this was an inappropriate advert to be shown on TV. However, this is a clear sign of change, as it grants older woman a spotlight in the media with regards to sexuality, which was previously denied to them.

A survey was undertaken by TENA as part of their campaign, which disproves many beliefs about sex and confidence later in life. It was found that 42% of women over the age of 50 felt the most confident they have ever been. We are often conditioned to think that young equals beautiful and naturally, as our bodies change due to ageing, this can lead to a lack of self-confidence, especially in the bedroom. However, the TENA survey shows that many older women are happy to accept these changes and after years of experience have finally learned to love their bodies, which younger women have not yet been able to do. One of the women in the advert emphasises that ‘you have to have confidence in what you’ve got,’ highlighting how we have no control over our ageing bodies and that we should not view these changes negatively, but rather embrace and own them as a natural part of life.

The survey also found that 1 in 3 women over 50 said they found sex more enjoyable as they better understood their bodies and pleasures than they had in previous years and knew what they wanted. A women’s sex drive can decrease as they grow older, due to changes in the vagina, for example, which can often shorten and narrow, making sex painful or less desirable. Also, menopause can bring with it falling levels of sex hormones. Despite these changes, there is no reason sex in later life has to be any different or less enjoyable from when we were younger, although it may mean adaptions to sexual activity have to be made to combat these changes.

Incontinence, which is the loss of bladder control, common in many older women, was found to only negatively effect 9% of women over 50. This can lead to anxiety during sex, however, can be aided through changing sexual positions or making sure to empty the bladder before and after sex. The advert highlighted that this is yet another aspect of ageing which we have to learn to deal with and overcome. There is no point in being embarrassed by it seeing as it affects so many women and is a natural part of growing older.

As the campaign highlights, sexual enjoyment and confidence in our bodies does not have to fade as we grow older. Surprisingly, however, the contraction of sexually transmitted diseases is on the rise amongst the older generation. You’d have thought they would be more knowledgeable on the matter, so why is this? Although attitudes and knowledge of sex change over time, it is the younger generation who are educated on sexual activity and health and health promotion messages often suggest condoms and STIs only concern young people. This leaves the older generation ignorant and sends the message they do not have to worry about sexually transmitted diseases. In reality, age does not protect us from these diseases, and we should continue to be precautious. Annual sexual health checks are recommended for anyone who is sexually active, as STIs do not always have symptoms.

Sexuality and bodily confidence amongst older women should be celebrated and talked about freely, as it is common to worry about changes brought on by ageing. Through their ‘#Ageless’ campaign, TENA are helping to show that just because we grow old, it doesn’t mean we have to have less fun, and sex can still be as enjoyable as ever. It is an important message for women young and old, because everyone grows old eventually, and we need to learn not to fear the changes we will undergo, but rather learn to love ourselves and our bodies, whatever age we are.