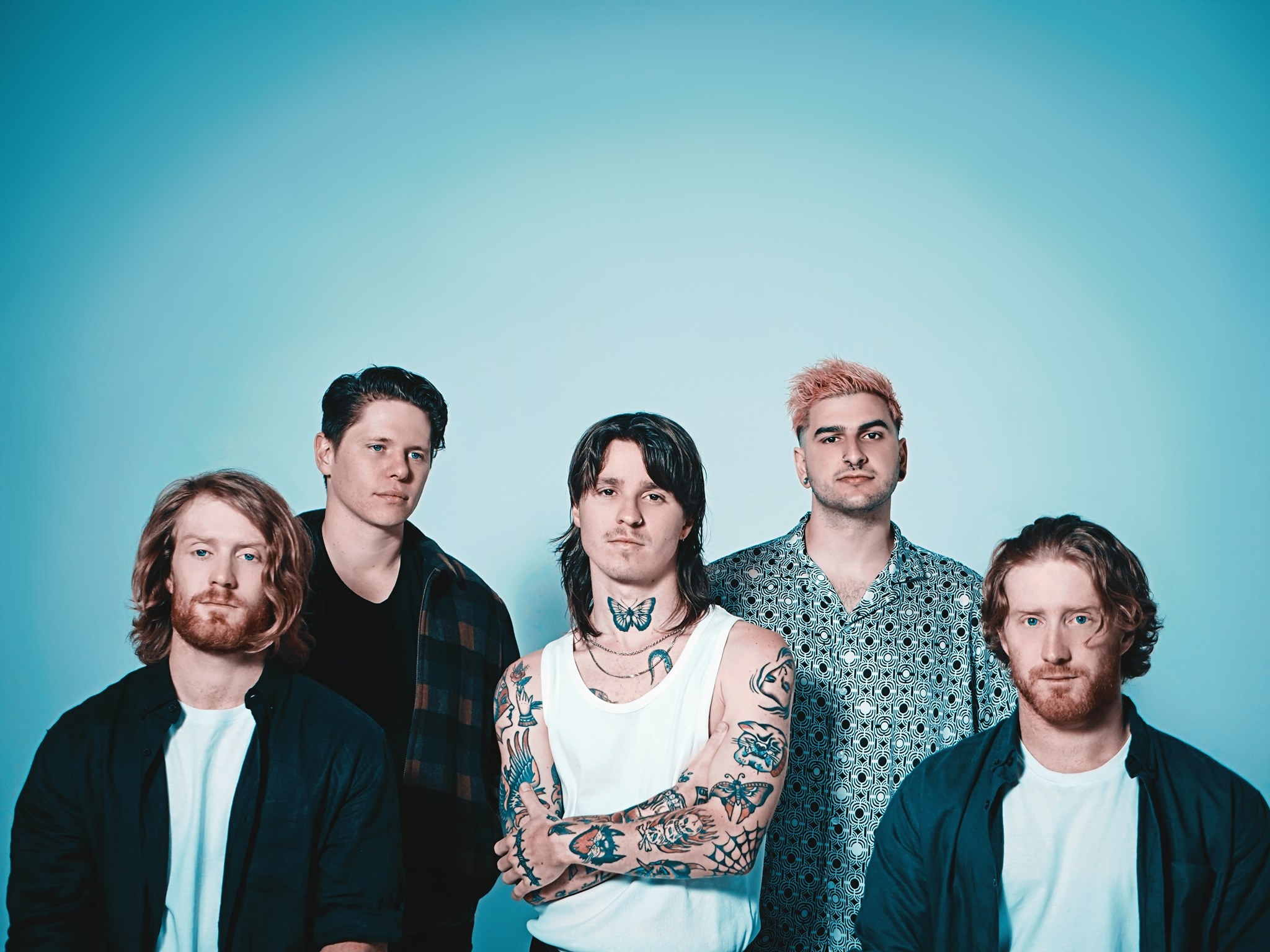 Between You & Me have released a sophomore album that sees the band finding their voice in the world, Music Editor Sammy Andrews writes

Australian pop-punkers Between You & Me have returned in full force for their sophomore album Armageddon. Building on the pop-punk roots they established in their debut album Everything is Temporary, the band further experiment with different facets of their sound – Armageddon is a much bigger statement. Spanning across personal confrontation and political outrage, Armageddon tackles both the state of the world and their individual stance within it. Between You & Me have released a pop-punk album for the current state of the world, and in doing so negotiate and assert their voice within it.

The album bursts open and pulls the listener into the dystopian world of Armageddon. The opening lyrics of ‘Pleased to Meet You’ quite literally being ‘pleased to meet you stranger, welcome to the ending.’ The punchy guitar riffs carry this witty lyricism throughout the album wonderfully.  Directing Armageddon towards a feeling of apocalypse that has come to characterise modern society, Between You & Me are not afraid to have fun with this bleak idea. The chanting chorus of ‘maybe I should care about it one day when I lose my goddamn mind’ in ‘Real World’ is an infectiously catchy escape out of the burdens of reality.

This world of apocalypse comes to characterise the album and the lens it takes on the world. Single ‘Go to Hell’ featuring the fantastic Mikaila Delgado of Yours Truly is a brilliant example of this. The lead hook of the chorus being the lyrics ‘I’ll see you in hell with everybody else’ shouts out a frustration against the vanity that has swept society. As loud and angst-ridden statement fuelled by the explosion of guitars and drums, it will certainly catch your attention. The single ‘Change,’ is one of the sonically lighter moments on the album but bears the most frustration at the state of the world and the climate crisis, admitting ‘hey, maybe we messed up along the way.’ It swings along in such a way that catches your ear immediately and will have you hooked.

What is clear is that in Armageddon, Between You & Me are not afraid to confront everything – themselves included. Perhaps most profoundly in ‘Better Days’ the simple guitar melody that works alongside delicate vocal harmonies builds out into a euphoric chorus stating ‘if I’m the one to change then maybe we could find some better days.’ But this sense of self-accountability also maintains that sense of wry humour that weaves through the album. The single ‘Deadbeat’ is an explosion of heavy guitar riffs and shouted choruses that chronicle quite a self-deprecating anxiety. The loudest song on the album, ‘Deadbeat’ confronts individual flaws and lays them there to bare.

There are a few songs on this album that fall a little flat in comparison to some of the powerhouses that they are along side. ‘Goldfish’ is fun but sounds a little familiar amidst everything else, and ‘Supervillain’ feels a little out of place. For me, the singles from Armageddon are the highlights of the album. ‘Butterflies’ is an incredibly catchy song that I have found stuck in my head since my first listen. The groovier guitar and bass lines work alongside each other to carry a more upbeat song with strong pop roots, and though it might not pack as much of a lyrical or political punch as other songs on the album, it is easily one of the most memorable for its catchiness.

Closing with the title track ‘Armageddon,’ the slower track builds to a momentous conclusion. Tying the album up really nicely and coming full circle, Between You & Me close the door to Armageddon. With their sophomore album, Between You & Me took a bold stance, and a confrontational one at that. Combining social and political commentary with a boldness of humour and infectiously catchy pop-punk riffs, Armageddon is Between You & Me experimenting with their sound, and finding their voice within the chaotic world we live in.