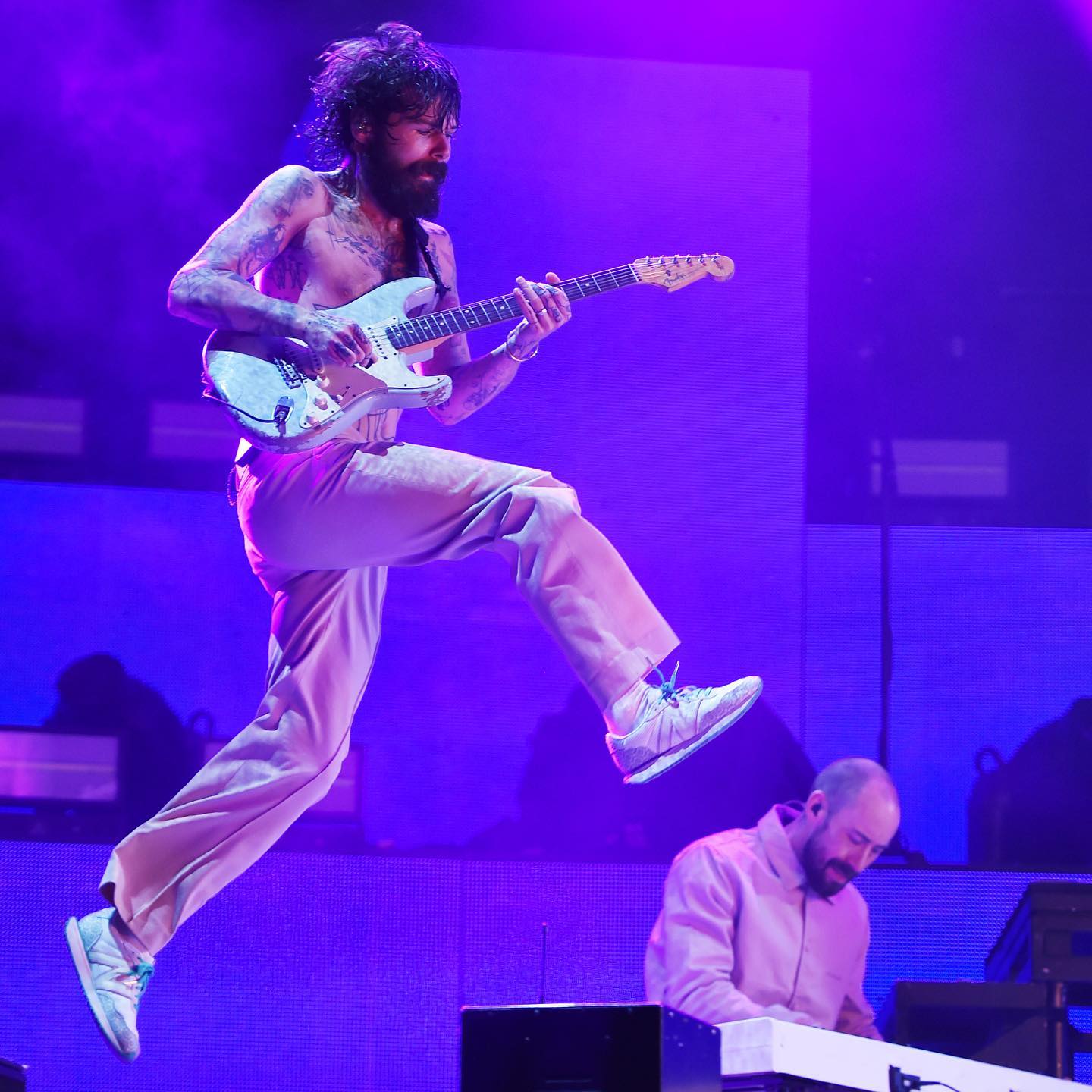 Music Critic Bas Bevan reviews Biffy Clyro’s newest album, stating that it puts on display a mature and artistic band with the bravery to develop and reimagine their sound on each album

Written by Bas Bevan
Politics, Religion and Philosophy Student
Published at 11:00 on 11 November 2021
Images by @BiffyClyro on Facebook

The Myth of The Happily Ever After does not sound like the ninth album from a band who have enjoyed over 15 years of success as its overall sound is more experimental and creative than Biffy Clyro’s previous efforts, which is impressive by their standards, as well as being generally softer. Although it is made up of reworked songs left off 2020’s A Celebration of Endings, the record sounds less like 11 individual songs and more like a compilation of classical music with movements that fit together around sounds and themes to create a complete work. This seems like an obvious aim for an album but few actually achieve it. They make wider use of electronic sounds and effects as well as changes in dynamics, tempo and layers and the lyrical themes are broadly ones of failure and hopelessness but they often turn into redemption and triumph. When this is paired with a sound which is predominantly uplifting the result is an album which is complex and confusing but also still seems to make sense. The record benefits from being listened to from start to finish as the songs are more endearing when they are part of the intriguing journey that it takes you on.

The first song on the album ‘DumDum’ has the feel of an opening track in some ways sounding like a hymn due to its soft synths, in others sounding like a war song with the military like snare drum playing. It seems to represent the whole record in three and a half minutes incorporating sorrowful lyrics but with an uplifting sound, both soft and heavy sections as well as electronic sounds alongside the band’s usual instrumentation. The repetition of the line ‘This is how we f**k it from the start’ once the song builds to a triumphant crescendo introduces the album’s conflicting emotional complexity.

Although the album as a whole sees Biffy Clyro take a softer direction there are plenty of moments that unleash their phenomenally heavy abilities. Both lead single ‘A Hunger In Your Haunt’ and ‘Denier’ are packed with energy, aggression and fierce riffs and percussion that reintroduces the band’s usual style after the record’s more alternative start. ‘Denier’ is one of the best stand-alone songs on the album thanks to its thunderously heavy sound that explodes out of the track’s more subdued moments. The highlight of the song is Ben Johnston’s drumming which is extremely fast and technical with rapid double bass drums which are the driving force of the song.

On The Myth of The Happily Ever After Biffy Clyro’s usually excellent musicianship is augmented by the use of more electronic sounds, something that the band started to experiment with on their last album. On ‘Separate Missions’ a raw, high-pitched synth seems to replace the guitar as the song’s lead instrument playing the main riff which mirrors Simon Neil’s vocals in the second part of the verse, and the solo. ‘Errors In The History of God’ is more of a conventional rock track that uses digital effects to compliment the instrumentation and help achieve the sound and mood that is created. Gentle synths and electronic sounds are used on ‘Existed’ to create a base for Neil’s soft and high vocals to sit over as well as the electronic drums that featured at points on ‘A Celebration of Endings’. These elements together give the track a different feel to a lot of the Scottish trio’s other material. These additions add to the appealing intrigue of the record and demonstrate that, although Biffy Clyro are an already very creative band, they are not happy to be boxed in by their previous work and want to progress with each effort.

One of the album’s more interesting and uplifting songs is ‘Witch’s Cup’ which builds up from its gentler sections to a soaring, uplifting chorus and ending. Like on ‘DumDum’ the drums sound war-like at points which, along with the bright horns, helps bring some jubilation to an at times despondent record.

Another noticeable feature of The Myth of The Happily Ever After is its softer sound compared to Biffy Clyro’s previous releases. The sixth song ‘Holy Water’ is mostly a soft rock and acoustic track until its bridge section where Neil’s singing is at one point reduced to nearly a whisper before it builds into a heavy ending driven by distorted guitars and vicious percussion. Six minute track ‘Unknown Male 01’ also follows a similar structure having a peaceful, organ based beginning before becoming a barrage of pounding drums and distorted guitars. Another more tranquil song that also continues the album’s theme of unusual titles is ‘Haru Urara’, which is likely named after a Japanese racehorse known for never winning a race. This story resonates with the song’s lyrics which are about perseverance and redemption. Its silky main guitar riff and ornamentation is one of the best instrumental moments on the album. Like some of the other songs it also escalates from its more subdued sections to a massive ending where Neil sings over chants of ‘We’ll rise’, ‘We will rise’.

The final track on the album ‘Slurpy Slurpy Sleep Sleep’ seems to encapsulate the main traits of the album just as the first one does. At the beginning and end there is a combined three minutes of the song’s title being robotically repeated but the middle portion is endearingly chaotic and varied, much like the record as a whole. It combines a section of uncomfortable, staccato guitars and drumming and Neil’s anguished, almost screaming vocals with a calmer clean plucked guitar section where his singing is more controlled and graceful. The track gradually reduces down to choral and hymn like chant of ‘Love everybody’ over high pitched electric synth sounds making the closing message one of positivity and hope which reflects the journey that the album goes on, both instrumentally and lyrically.

Listening to The Myth of The Happily Ever After is a broad and tumultuous experience that comes to make sense at the end. It combines Biffy Clyro’s usual heavy and creative sound with more electronic elements and effects as well as making use of a wide range of dynamics, differing song structures and emotional lyrical themes. Despite all of these differing elements and its sound which is almost chaotic at points, it does have a feeling of completeness and cohesion which improves the impression of the album as a whole as each song represents a piece of the puzzle. It puts on display a mature and artistic band with the bravery to develop and reimagine their sound on each album and although it maybe lacks the one or two stand out tracks that the band’s albums usually feature, it is successful in other ways in that it takes the listener on a journey with the music through continuing instrumental and lyrical themes.