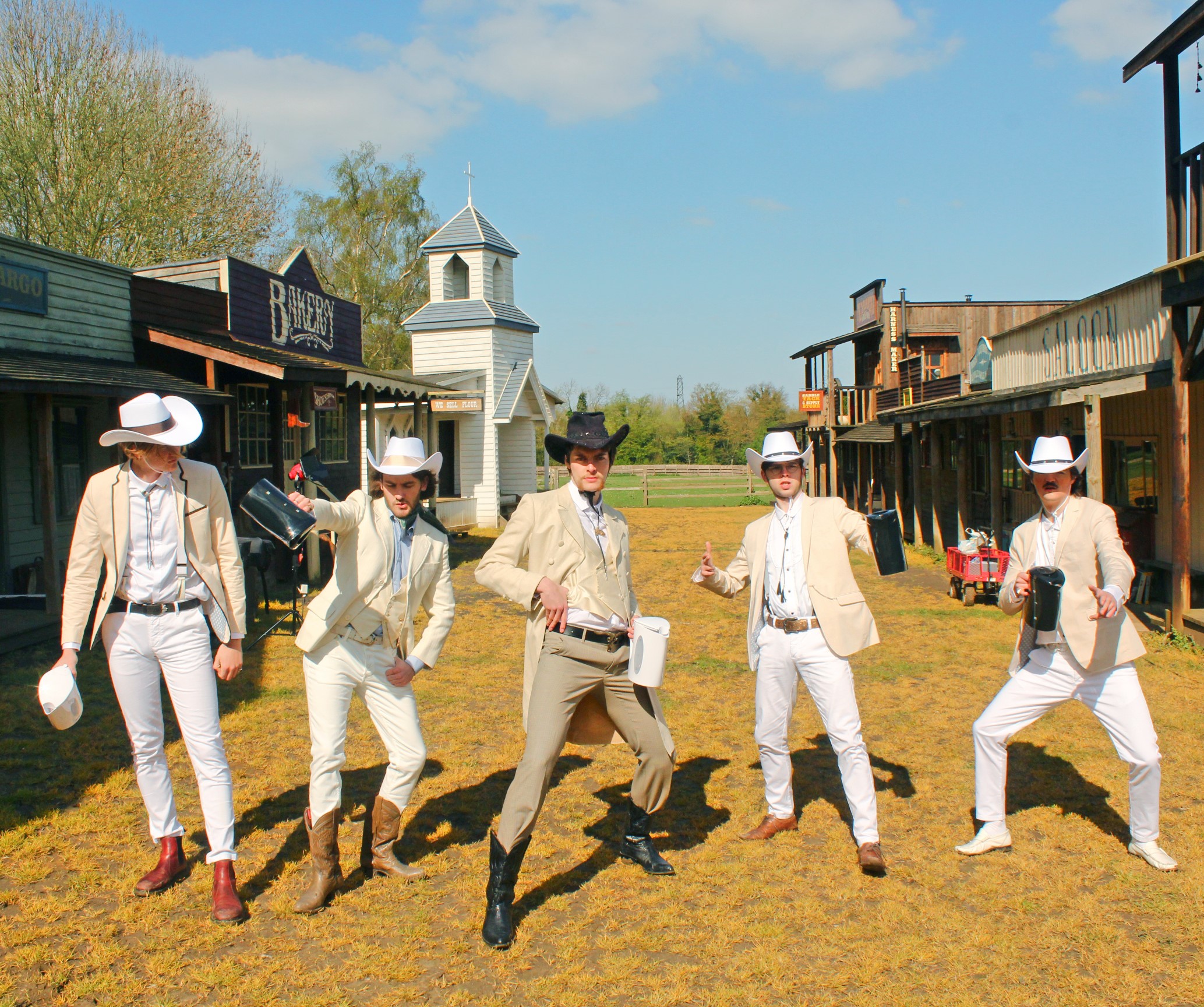 Album Review: FEET – What’s Inside is More Than Just Ham

The choice to move to their own record label was absolutely the right decision for up-and-coming band FEET, and their creative evolution in doing so is evident, Christian Nasillo writes

Written by Christian Nasillo
2nd year English and Spanish student labouring under the impression that he can speak both
Published at 14:00 on 31 October 2019
Images by Clapped Records

FEET, the 5-piece group from Coventry are a band that have been labelled as the likes of ‘wonky Britpop’ by the music press, but the truth I would argue is so much more interesting. To simply write FEET off as just another indie band would be a gross understatement to their technical and artistic ability, not in the least because recently for me, ‘indie’ has become a bit of a dirty word. What was once a term used to describe a fledgling scene of independent musicians has now become synonymous with any guitar band presenting any sort of alternative sound to mainstream music regardless of whether or not those bands are products of a record label or not.

In February, I had the pleasure of speaking to Harry, one of the band’s guitarists, who in regard to their sound told me that indie is too much of an umbrella term, and that they prefer the term ‘crease-pop.’ Admittedly this name did come about after a few drinks, but it is an insight into the inner workings of the weird and wonderfully wacky world of FEET, with the title of their debut album, What’s Inside is More Than Just Ham being a testament to that very fact. FEET are, at their heart, very much a DIY band, with this ethos being espoused through the creation of their own record label, Clapped Records, on which WIIMTJH was released. Now free from any creative restraints being on a label might bring, with their debut record FEET have found a way to craft an identity for themselves outside of the traditional indie sound heard on earlier singles ‘Macho Macho,’ or ‘Backseat Driver.’ In fact, they seem to have completely avowed their earlier sound, with a re-recorded version of their single ‘Petty Thieving,’ appearing on the record. Previously released by YALA! Records and sounding a lot more like a traditional post-punk indie track, the Clapped version is rougher around the edges, the vocal delivery is more passionate, the track is more frantic and energetic – it’s got more life to it, it’s more FEET.

This frantic energy is present throughout the album, with humorous and witty lyrics that focus on many seemingly mundane aspects of English life, the album is also littered with fun, jaunty backing vocals and melodic ideas that wouldn’t sound amiss on an early Blur album, and the songs range from anything from ballads about dog walking to songs about hang-gliding accidents in middle England, and even a love song from the perspective of a hot dog, featuring the refrain ‘Hot dog/ In a hot bun world.’ This is the title track, and I genuinely believe there’s an argument to be made that it’s the best love song to be written by any British outfit group from the past decade. Driven by an erratic drum groove and wonky and off kilter guitar licks, the song constantly changes tempo and style, at times descending into a Zappa-esque mess of distortion and then going into an interpretation of a 50s doo-wop progression. It’s absolutely brilliant.

At times danceable, at times infectiously rhythmic, and at times sounding like a surf rock band that has perhaps done a bit too much ketamine, the instrumentation is tight, complex and wonderfully incoherent. Additionally, rather than stick to the traditional arrangement of lead and rhythm guitar, the band instead approach the record in a refreshingly unique way, with inventive and intricate guitar lines that intertwine and switch between rhythm and lead from song to song.

Kooky, wild, erratic, impossible to pin down and loads of fun, FEET’s debut album is in my humble opinion one of the most intriguing and brilliant debut albums to be put out by any ‘indie’ band in a long time. Their complete and utter refusal to be pigeonholed by any genre gifts the album a versatility that not only endeavours many more re-listens but also gifts it assured longevity. This isn’t Britpop, nor is it post-punk and it’s definitely not indie. This is crease-pop, my god is it fun.