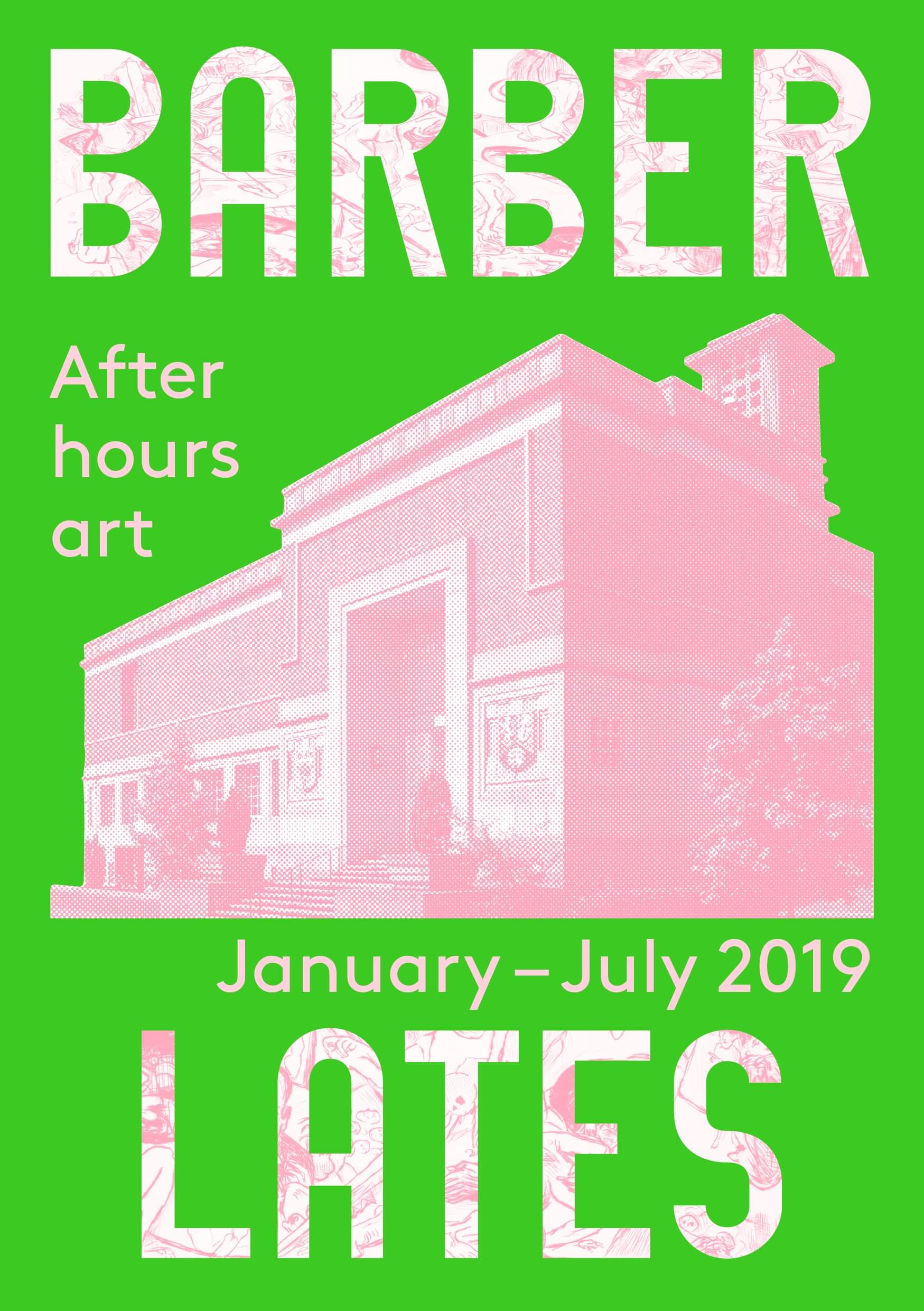 Frankie Rhodes
I am an English student and aspiring journalist from Essex, with a love for all things arty and musical.
Published at 15:00 on 24 June 2019
Images by Ruth Horsburgh , The Barber Institute

The Barber Institute is a beautiful art gallery and concert hall situated on the edge of campus, close to the Guild of Students. Perhaps you’ve spent an afternoon there wandering among the masterpieces, or have taken a tour with one of the expert interpreters. Perhaps you haven’t ever visited. What I discovered when I visited the ‘Nocturnes: A Woman Refigured’ event is that the Barber Institute plays host to some fantastic, stimulating after-hours events, which are often free for members of the public to enjoy – these are the Barber Lates.

The event that I attended on the 14th May focused on the way that women are represented (or perhaps not represented) within art. The entrance to the galleries was decked out with stalls from local female artists and organisations, with the merchandise intricately designed and reasonably priced. I picked up a t-shirt from The Feminist Library, a London-based research centre focusing on the history of the women’s liberation movement, and a couple of satirical feminist postcards by illustrator Maddie Cottam-Allan. Considering that entry to the event and all of its main activities were free (including generous servings of wine), it seemed fair to contribute something towards some original artwork.

Amongst the artist stalls there was also the opportunity to design your very own vinyl sleeve and cover, before recording your own poetry onto a record to take away. Organiser Emily Sparkes provided a selection of women’s and queer magazines to leaf through, so that guests could select images to create a collage effect, or simply decorate their sleeve with stickers and glitter. A private recording booth provided the space to record poetry, after which the vinyl was instantly produced and you were left with your very own piece of artwork. My vinyl now takes pride of place on my bookshelf, giving me the chance to transform my poetic ideas into a physical reality.

The ground floor also showcased a durational sound installation by Emma Margetson, in response to the sketch ‘Froanna’ by Wyndham Lewis. The sound effects, which included electronic sounds and chalk-on-paper, emphasised the physicality of the work, and I felt the weakness of the female subject, under the possessive gaze of her artist-husband. Coming across this painting later in the Barber gallery, the installation added new layers of interpretation to the minimalist sketch, causing me to notice what had been left out, and question why this might be the case.

Upstairs, visitors were met with a vibrant set from the Birmingham Artivistas. Established in 2014, this organisation aims to combine crafts, activities and political action to create social change. The team had recently worked with a women’s refuge in Selly Oak, collaborating with the women to create beautiful textile work, with an embroidered message that read ‘We are all birds of one sky.’ Other projects included creating material for the London Women’s March, with a particularly eye-catching piece depicting Frida Kahlo, clad in flowers and projecting from a large speech bubble – ‘Trump, get your nasty little hands off my people.’ It was wonderful to see art and politics combined in such a colourful, unapologetic way, made in collaboration with some of the most marginalised figures within society.

This floor also included my favourite aspect of the evening: a walking tour around the galleries featuring several talks from gallery interpreters, and other prominent researchers. One talk shed light on the political background of Peter Lely’s portrait ‘The Penitent Mary Magdalen,’ produced during Oliver Cromwell’s period of Protestant religious fundamentalism. Understanding more about the strict repression and censoring occurring at the time, particularly in reference to the arts, made the risqué painting appear as an example of early liberation.

Another talk that I particularly enjoyed was concerning a new art fund project, focusing on women print-makers in New York in the early 20th Century. This comes in response to the lack of work by female artists present in leading art institutions, including shocking statistics within the Barber’s collection: just 7 female artists amongst 150 paintings, 800 prints and 39 sculptures. Focusing on prints due to their affordability, this new project aims to shed light on an important inter-war period, in which women print-makers created depictions of urban daily life, often experimenting with humour and satire. Guests were able to view some images of the proposed works to be collected: gritty, honest pieces of art that are sure to make a fantastic exhibition in the future.

With more Barber Lates coming up over the summer months, and exciting exhibitions, collections and tours approaching, the Barber Institute is definitely a place worth visiting. My evening was filled with creativity, wonder and vibrancy, and I look forward to what the next event entails.

The next Barber Lates event, Nocturnes: A Night at the Paper Museum, takes place on the 25th of June. The event will celebrate their summer exhibition, the Paper Museum: The Curious Eye of Cassiano Dal Pozzo, which opens on the 14th of June, and will feature performances, workshops and talks.