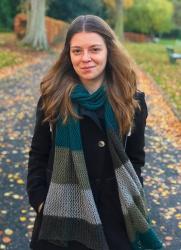 Birmingham City Council has predicted that it will record up to a £43m net profit from the Clean Air Zone project within the first year of implementation.

The plan was approved last month and will affect drivers owning vehicles with a high pollution rate.

According to the BBC, a daily tax of £8 for cars and vans drivers and £50 for lorries and coaches will be charged.

Charges will be applied within A4540 ring road, but not on the road itself.

The council estimated a potential £204m from gross income over 10 years from fines, charges and parking costs.

While the scheme aims to limit pollution and improve the health of Birmingham’s residents, small business owners in the area are concerned about how it may impact them.

One Florist, Sherrie Phelps, told the BBC that she is concerned about losing customers and her delivery partners from the Netherlands.

‘They come on big trucks. They will have to pay the charge as well,’ she said.

However, a second-year UoB History student believes that the environmental gains are the most significant takeaway from the City Council’s scheme.

‘I think the daily tax is positive. Transport links in Birmingham are good and cheaper than the £8 fine for drivers, which should improve the city’s air quality, which is the main thing.’

Councillor Waseem Zaffer argued that the revenue will be reinvested in improving the city’s public transport, which will further reduce congestion and air pollution in Birmingham.