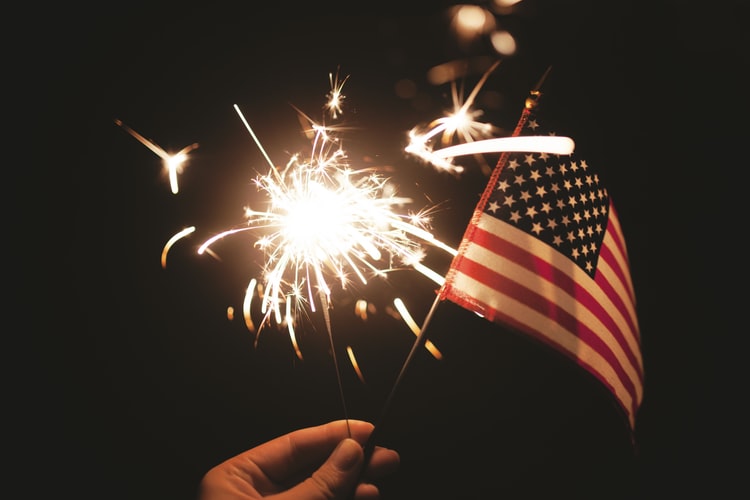 A Summer Camp in America: It’ll Change Your life, They Said

Back in April, when I was tucked up in bed, procrastination from exam revision was in full swing, I found myself on the Camp America website. Friends from home had branded it as ‘life-changing’ and the ‘best thing you’ll ever do,’ so I wanted to explore this new trend. The company is essentially a cultural exchange programme that assists applicants in obtaining a visa and finding a camp across the U.S to work at. It’s one of the most well-known companies for people, predominantly students and young adults, who are looking to work abroad.

Of course, I decided to take the procrastination to the next level and begin an application, with absolutely no intention of actually pursuing this.

Within minutes, over 70% of my application was complete. In the following few weeks, the idea of travelling and earning at the same time rapidly grew on me, whilst the thought of working at my part-time job for the four-month-long summer made me cringe slightly.

For the majority of May, I was beyond stressed. Attempting to balance doing my exams and meeting deadlines for my visa application resulted in sheer regret of ever arriving at campamerica.co.uk that month prior. The issue was, I’d gone too far to back out; I’d paid over £200 in fees to Camp America. I’d travelled to Gloucester for an interview, Liverpool for a training day, London for the U.S Embassy. So I kissed goodbye to yet another wad of money on train fares. I wouldn’t consider myself as a last-minute person, but the spontaneous decision to work abroad for two months had left me with a trail of urgent tasks to do.

Friends and family frequently reassured me that the experience will make the stress worth it. I remained unconvinced.

Nevertheless, the 17th of June came around and I was hopping on a plane, alone. I managed to hold back the tears until I was six hours into the plane journey, with the realisation that this is real, smacking me in the face.

Arriving at camp only brought me yet another (metaphorical) smack in the face. Accommodation for the next 8 weeks involved a cheap wooden bed frame and a green mat. That was it. No cupboard to unpack my overflowing suitcase. No privacy: there was ten of these ‘beds,’ if you can call them that, in each cabin. Nine other counsellors were already moved in, confidently introducing themselves as if this wasn’t the most ridiculous way to spend your summer.

At the end of the cabin, I’m even more over the moon to find that between the ten of us, we have one toilet to share. Being the hygiene freak that I am, I examine the toilet. Where it was once white and clean, it is now yellow, with crusty edges. The other counsellors all seemed settled in and excited for the upcoming events, whilst I just wanted my bed and my family.

Skip forward 48 hours and I’ve learnt how to create an unforgettable summer for campers with physical and/or mental disabilities, how to change a diaper, how to g-tube feed, the basics of using an AED, the basics of putting out a fire, how to safely do a two-person lift from a wheelchair to a shower chair and less importantly, how to sit on a dirty toilet without entirely freaking out.

I hadn’t even known my fellow counsellors for a week, yet they felt like friends for life. And the bonds you make with the campers are even stronger. I can only admire their positive outlook on life, despite their various disabilities. I’m there to serve them, to put a smile on their face that never stops, but it’s them too also changing my life. They have opened my eyes, showing me how much I take for granted on a daily basis.

Some of the girls I cared for were my age, but some will never learn to drive, go solo travelling, have kids, speak or walk ever again. One week, I had to wake up at 6 am every morning to prepare for my campers meds. Initially, I dreaded this (I’m far from a morning person), before waking up to the fact that this is only one week of my life, whereas this is the reality for the rest of his life.

You are literally a carer, a doctor, a friend, a mum, a teacher, a hairstylist for the campers and yes, I was exhausted at times, but I honestly can’t think of any kind of experience more rewarding. Although not many camps are disability camps with Camp America, I would strongly recommend doing one.

Working on a summer camp, whether that be a special needs camp or any of the other types of camp, will boost your independence, add to your CV, provide you with valuable life skills that you won’t learn anywhere else and teach you about an entirely different culture.

Who knew that a little procrastination could lead you to such an eye-opening adventure?