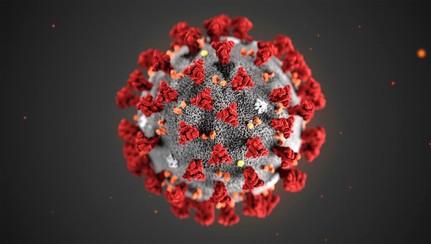 Coronavirus: From Bad To Worse

Starting from Eastern Asia, our almost illimitably globalised world has accelerated the pace with which the disease has been spreading, and what was initially merely a concern for China has quickly turned into a much closer threat. Italy, together with China, Iran and Turkey, is one of the most affected countries by the sudden outbreak of the virus.

Out-of-context pieces of information, misinterpreted numbers, wrong translations are all key elements of the disastrous coverage of the extraordinary health emergency the country is going through. All the leading national newspapers homepages, with no exceptions, highlight the number of deaths and of those infected which updates and grows day-by-day. This is only the tip of the iceberg that is the Italian failing press which cannot keep pace with the current times.

The quality of coverage is recklessly sacrificed making way for significantly quicker and more fragmented material. Source verification used to be one of the main professional and ethical rules for a good journalist, whereas now the only thing that really matters is to be the first one to write anything. This is not merely an Italian problem and considering the unique health situation developing in the country, holding news professionals accountable should be the top priority.

With the coronavirus outbreak, one would expect the media to play a fundamental role in informing and assisting the population, sharing relevant suggestions on how to behave and all the precautions one should  adopt to limit the possibility of contagion. Instead, newspapers and television outlets are too busy counting deaths and publishing stories focused on the panicked individuals who lose their minds and raid entire supermarkets. Trust on experts’ advice and scientific-proof precautions are being left aside to leave room to cheap comments or, even worse, racist reactions leading to the closure of Asian restaurants and businesses.

Besides, this is just one side of the story. Italian media are not taking responsibility for their actions and the panic they provoke, instead they blame the populus for their understandable reaction. Queueing for hours just to get two weeks worth of food and water is not such an illogical reaction if you are pushed to believe the country is on the verge of catastrophe. Surely not all the people who do that should be considered silly and irrational. Indeed, most of them simply trust traditional information channels, which should not cause such a reaction in this delicate situation.

Eventually, the possibility of contagion and the actual danger of the virus is the least-touched point in all this confusion. Immunologists and doctors keep on reassuring people that this is not some sort of new plague.

Data shows that still, the majority who get infected by the virus happens to be the elderly or patients who have already had previous symptoms, especially concerning the lungs and respiratory system in general. Moreover, in this alarmist climate of tension, the possibility of getting to know trustworthy and reliable information seems to slowly vanish, as even the sources which are usually considered the most objective and balanced do not fulfil users’ expectations. Going down this path, the situation might get increasingly worse as, even when the health of the many is on the line, the number of clicks on a web-page appears to be more important than anything else.