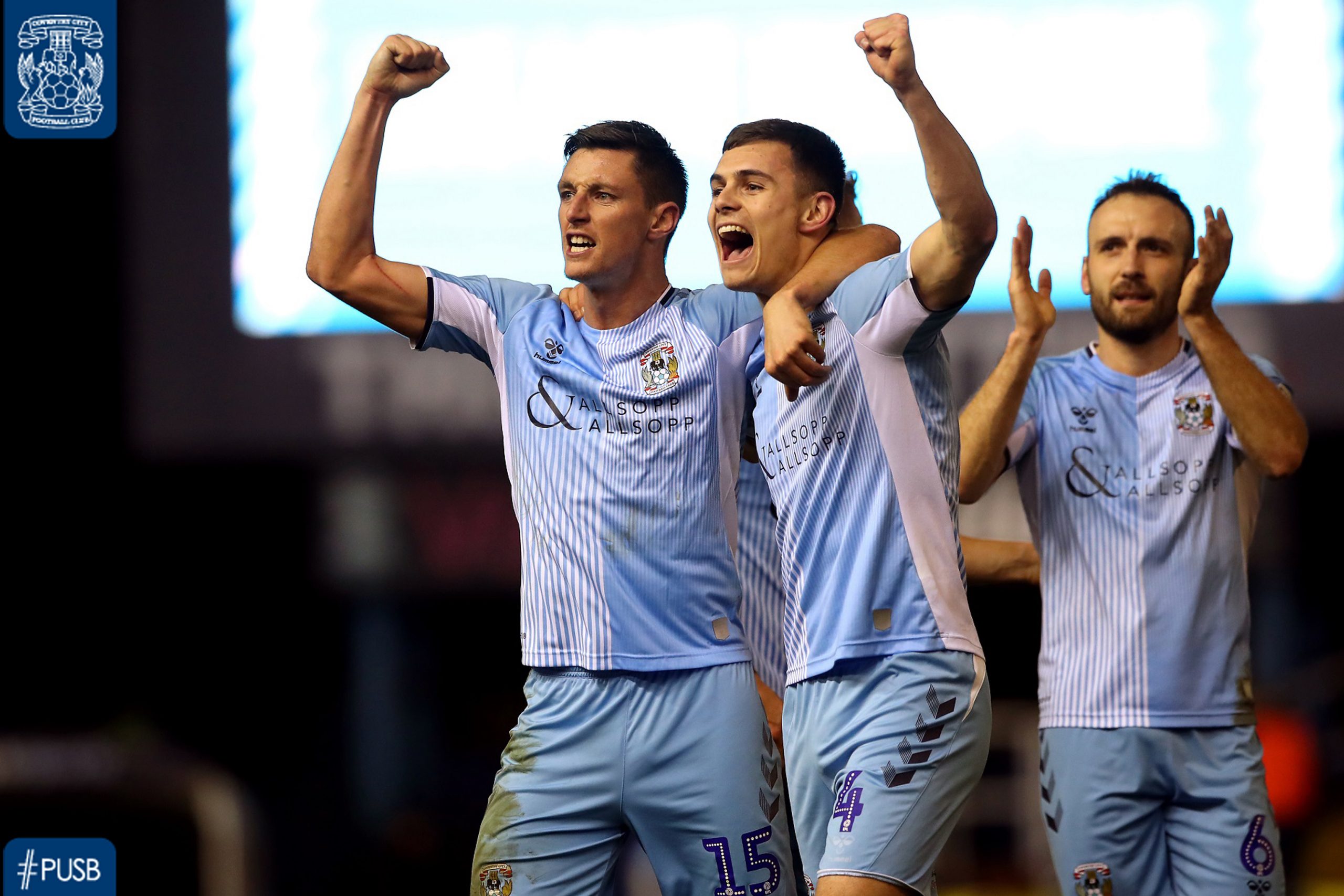 Coventry City: A Club on the Rise

Since 2012, the Coventry City Football Club (AKA the Sky Blues) have faced many difficulties, suffering two relegations, two points deductions due to entering administration and two spells of playing home games outside of Coventry. The second of these spells is currently taking place with Coventry playing at St. Andrews in Birmingham. In addition to all of this, Sisu Capital Limited – owners of the football club – are currently in a lengthy court battle with Wasps Rugby Club due to the sale of the Ricoh Arena to Wasps in 2014.

Despite all of the recent turmoil, there may be light at the end of the tunnel for the Sky Blues, who are currently battling for a place in the EFL Championship for the 2020-21 campaign. Earning their second promotion in three years could help to end the darkest times in the clubs history, so the next three months are integral to Coventry’s revival.

To see the start of this revival, we shall take a look back to the 2016-17 campaign. The Sky Blues were facing their second relegation of the decade and despite this, were successful in winning the Football League Trophy – at the prestigious Wembley Stadium – with 43,000 Coventry supporters watching the 2-1 victory unfold. This win showed that the support was behind the team and new manager at the time, Mark Robins. In the following season, Robins helped the side to Wembley again, this time to battle for a place in League One for the 2018-19 campaign. Another victory – a 3-1 triumph over Exeter City – followed and in the following season, Coventry achieved a comfortable eighth place in League One. Now in the 2019-20 campaign, the Sky Blues are chasing promotion; they are locked in a battle with Rotherham United for the title!

Robins has created an effective attacking and defensive force in recent months. Coventry play with three strong centre backs, all confident both in the air and on the ground. This allows both wing-backs – Fankaty Dabo and highly rated left-back Sam McCallum – to press high and aid in the attacking side of Coventry’s play. The Sky Blues also have a very creative midfield, with the likes of Aston Villa loanee Callum O’Hare and Liam Walsh able to control a game and earn assists as well as goals. Add to this in-form striker Matt Godden, defensive midfielder Liam Kelly and talented Goalkeeper Marko Marosi and you have a team that has earned incredible wins over the likes of Portsmouth, Wycombe Wanderers and Doncaster Rovers.

Youth talent has been used effectively under Robins, prioritising youth development in order to raise funds for the club to create a strong team for the future. In light of academy graduates James Maddison (Leicester City) and Callum Wilson (Bournemouth) earning their places in the Premier League, this is a wise decision because youth talent is the way forward for this promising Sky Blues side.