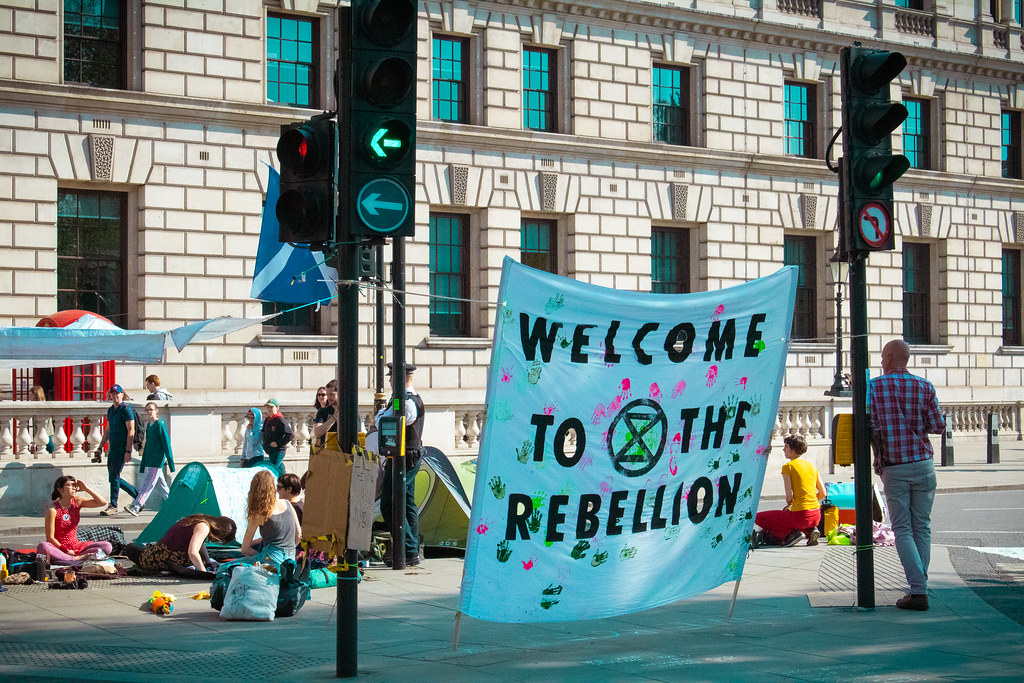 Written by Rachel Venn
Published at 09:10 on 16 November 2019
Images by Alexander Savin

On October 14th, Green Party MEP for the West Midlands Ellie Chowns was briefly arrested alongside Extinction Rebellion protestors on Trafalgar Square for defending the right to protest in the wake of a London-wide XR ban. Along with six others, Chowns then brought judicial review proceedings to the High Court against the Metropolitan Police in defence of the protests on the 14th October, seeking a ruling that the arrests were unlawful, which was granted on 6th November. Redbrick News spoke to Chowns about that night and what comes next.

Can you tell us about the scene on Trafalgar Square, the night of the arrest?

I had been at a meeting near Trafalgar Square when I heard they were clearing away the protestors, so I came to try and find out what was happening with various other MEPs. We were standing near the lions when we were approached by and eventually surrounded by members of the police, who suggested we leave as we had ‘made our point.’ I felt it very automatically that the shutting down of these protests was a wrong thing, that it was clearly unacceptable: I absolutely do believe that the right to protest, the right to peaceful assembly, the right to articulating your views in public, is a fundamental cornerstone of our democracy. So I told them that I didn’t think was legitimate, I refused to move and so I was arrested.

Even though you weren’t there formally with XR?

I wasn’t there formally with XR but I was there defending their right to protest – under the terms of section 14, any sort of gathering of two or more people affiliated with XR was banned anywhere in London, and remained so until the end of the week when it was lifted. So I was basically refusing to accept that it was legitimate to clear the protestors, and articulating a defence of the XR protestors – the case we then went on to make in the high court.

What do you think the long term effect will be on protests like that in London?

I think that our case is really critical, because if we win our case, we win clarity on the right to protest, and if we lose our case, then that’s really bad news. Losing this case basically means that the police or whoever’s higher up the chain can give the order and shut down any and all inconvenient protests affiliated with whatever cause they like across London – and that is extreme as under the human rights act, both the right to assembly and the right to protest are defended.

I feel very confident that we will win that because it’s clear to me, looking at the arguments put before the court, that the extension of the section 14 conditions was disproportionate.

Is there anything you want to say to student readers?

Register to vote! If you do one thing after reading this article, make sure that you are registered to vote, and make sure you vote! Just take part in that democratic process, it is so important, and if you’re passionate about issues, take part in politics yourself.

This interview has been shortened and edited for clarity. Read our interview with Ellie Chowns MEP shortly after she was elected to the European Parliament HERE.