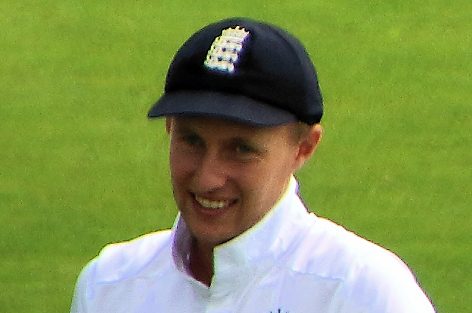 Sport Writer Owain Pryce recaps England’s test series with the West Indies, as the hosts came from behind to claim a series victory in bio-secure conditions

Written by OwainPryce
Published at 17:00 on 7 August 2020
Images by Wikimedia Commons/Airwolfhound

International cricket returned with a fabulous test series win for England over West Indies this July. There was understandable scepticism surrounding the series due to the coronavirus pandemic, with fears over both players’ health and the quality of cricket. However, the series, the first to be played in a ‘bio-secure’ environment, can only be classified as a resounding success

In three back-to-back tests played behind closed doors, the only high-profile breaking of protocol was Jofra Archer’s decision to return home in between the first and second tests. Though this forced the fast bowler to miss a game while he re-quarantined, any controversy was overshadowed by a superb spectacle on the pitch. Both sides played some fantastic, highly-competitive cricket at a time when the country needed a release.

It was also an occasion where social justice took centre stage, with both teams wearing shirts bearing ‘Black Lives Matter’, and taking a knee before the first ball of each game:

Fittingly, all three matches were played in good spirit, and English fans owe a debt of gratitude to the West Indies team. Captain Jason Holder led a side that left the Caribbean, which has not been affected by COVID-19 as much as the UK, and spent over seven weeks permanently stationed at either Southampton’s Ageas Bowl or Manchester’s Old Trafford (both grounds have a connecting hotel), all while taking 50% pay cuts. The level of their play deserves high commendation, and they very nearly sprung a big surprise.

The first test at Southampton saw the West Indies continue their good form against England over recent years. They won by four wickets, chasing down a potentially troublesome target of 200 on the final day, showing discipline that was absent amongst the home side’s batsmen. Holding the innings together was Jermaine Blackwood, who took his side to the brink of victory with his score of 95.

Nevertheless, it was with the ball that the West Indies won the match. Shannon Gabriel and Holder picked up four and six wickets respectively as they skittled England a mere 204 over the first two days. Ben Stokes, standing in as captain due to Joe Root’s absence for the birth of his second child, made the questionable decision to send his rusty top-order into bat first against a dangerous attack, in conditions suited for fast bowling.

The visitors then batted in better conditions and without the help of Stuart Broad, who had not been selected, to his very public dismay, England could only restrict West Indies to 318. Despite this large deficit, England’s top-order started well in their second innings, batting in the controlled manner which saw them succeed in South Africa. Opener Dom Sibley got a half-century, and a partnership between Stokes and Zac Crawley seemed to put England back in contention.

However, when Stokes and Crawley were dismissed in quick succession, England embarked upon a batting collapse that has become all too familiar, with 249-3 quickly becoming 284-8. England set the West Indies 200 to win, which was far lower than what they could have done. As seemed to be the case throughout the test, England missed crucial opportunities in the field on the final day to take wickets. However, the West Indies were worthy winners of the match, fantastically lead by their captain and all-round talent Holder.

In the second test at Manchester, it was the turn of England’s all-round star to shine. Stokes, relieved of captaincy by the returning Root, put in a sensational performance, which led his captain to describe him as ‘Mr Incredible.’ A patient 176 in the first innings, a blistering 78 in the second, and backbreaking bowling efforts in both innings was a perfect example of what Stokes is capable of doing. England had to win the second test to keep hopes of a series victory alive and, batting first, showed iron-willed application in scoring 469.

Having won the toss, the West Indies bowled in swinging conditions, but an unchanged bowling line-up looked weary against Stokes and fellow centurion Sibley. The latter’s first international century at home was certainly one for the purists, a characteristically gritty innings. Stokes showed his full range of talents, playing in a circumspect manner not often associated with his batting, showing England’s desire to rectify the team’s mistakes with the bat in Southampton.

With day three lost to rain, England had only two days to bowl out the West Indies. Unlike the tourists, England brought in a totally fresh bowling attack, mainly due to a rotation policy, but also because of Archer’s forced absence. Broad, determined to perform after his strong comments, was partnered by Chris Woakes and Sam Curran. The trio, supported by Stokes and spinner Dom Bess, could not quite force the follow on despite a solid team bowling effort.

England batted once again on the fourth evening, needing quick runs in order to set a target unattainable for the West Indies, but leave enough time to take 10 wickets on the final day. Cue Ben Stokes. Promoted up the order, he hit the fastest 50 by an English player opening the innings, giving the bowlers 85 overs to claim victory. Broad, who had led the attack superbly all game, took three wickets with the new ball. A partnership between Blackwood and Shamarh Brooks threatened England at one stage, but Stokes made the breakthrough, removing Blackwood, which allowed England to romp to victory with just under an hour’s play remaining.

This result set up the final match, also in Manchester, as a must-win for England to regain the Wisden Trophy. England made an aggressive change to their starting XI as they recalled Archer and James Anderson, deploying a formidable seam bowling line-up that also included Broad and Woakes.

They had to wait to be unleashed upon the West Indies top-order, however, as Holder won the toss and once again elected to bowl. Half-centuries from Rory Burns and Jos Buttler, as well as a sumptuous 91 from Ollie Pope put England in a strong position, but the West Indies looked to be on the brink of bowling England out for a score below 300. This was until Stuart Broad, batting at number 10, entered the fray, pillaging 62 runs off just 45 balls which helped push England’s total up to a far more competitive 369.

This innings set up a fabulous test match for Broad, who took 10 wickets in the match and collected his 500th test wicket in the process, only the seventh player to do so. This was by no means a one-man show though, as all four of England’s specialist seamers took wickets. By bowling the Windies out for 197, England were once again in the position of needing swift runs to set the visitors an unassailable target without taking too many overs out of the game as rain was forecasted across the final two days.

💬Must be… it is!! Into the gallery of greats he goes.💬 @Athersmike @StuartBroad8 traps Kraigg Brathwaite LBW to become just the seventh bowler to take 500 Test wickets.

Fifties from Sibley, Burns, and Root meant England could set the West Indies an unlikely 399 to win. Despite a washed-out fourth day, four wickets from man of the series Broad, coupled with a five-wicket haul for Woakes and a sublime run out by Bess meant that England won comfortably, and in doing so secured the series.

England’s test squad now have a quick turnaround before beginning a series with Pakistan next week. Superb performances from many of the bowlers will make selection difficult, but the depth in the bowling stocks is certainly a positive going forward. With a top-order that is slowly becoming more solid, and a middle-order containing players capable of turning a test match within a session, England are seemingly developing into a side that can go right to the top.

What Can We Expect When F1 Returns in Austria?

What is the Premiership Rugby Dispute About?

West Midlands Clubs Still Have a Lot to Play For