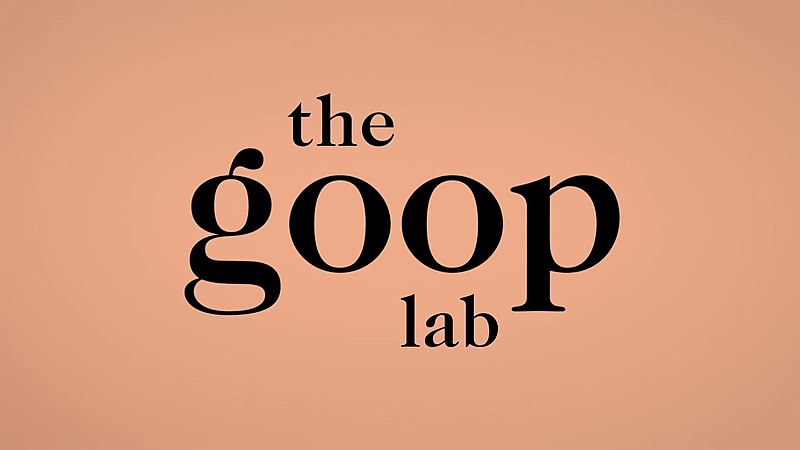 Abby Spreadborough
Published at 09:30 on 12 February 2020
Images by Wikimedia Commons

This week, as Netflix does every week, I was sent a viewing recommendation via a notification on my phone. Shining up at me was ‘recommended for you The Goop Lab with Gwyneth Paltrow.’ At first, I was shocked that Netflix had partnered with the infamous brand widely derided for its $66 jade egg meant to be inserted into the vagina, a health risk masquerading as an ‘ancient Chinese secret’. What followed was curiosity as I delved deeper into the, at times, cult-like mentality of so-called ‘Goopers’ as they sampled shrooms and dove head first into a freezing lake. Finally came concern.

Goop, Paltrow’s lifestyle brand, has come under fire in recent years for selling vagina scented candles, healing stickers and hosting the ‘Goop Summit’, a $1000 day of wellness. Simply put, I argue that Goop is wellness at its worst. Now, it has a TV show to expand its reach and give Netflix viewers a window into the lives of LA-based, wealthy wellness gurus.

Each episode begins with a disclaimer: ‘the following series is designed to entertain and inform – not provide medical advice. You should always consult your doctor when it comes to your personal health’. This prefaces Paltrow and her chief content officer Elise Loehnen discussion with experts on topics at the centre of each episode, from psychedelics to mediums. Members of Goop staff, ‘Goopers’, then undertake wellness trends whether that be yoga in the snow, ‘energy healing’ described by Loehnen as an ‘exorcism’ or, in perhaps the only episode worth paying attention to, female pleasure as explored with sex educator Betty Dodson. In this pleasure-based episode, Paltrow reveals herself to be part of the 60% of women who cannot label the vulva on a diagram, a statistic used in the show itself. The episode, carried by Dodson’s authoritative voice, explores shame surrounding the female body and the subsequent rise in labiaplasty.

All of The Goop Lab’s sequences are interspersed with accounts from those who have tried these various therapies as well as statistics from studies that are a clear attempt to validate what many may call pseudoscience. In the first episode, a veteran with PTSD attests to the life-changing effects of psychedelic therapy. This particular subject is shown under the observance of a medical professional in a controlled and safe environment completely unlike the hut which ‘Goopers’ find themselves tripping, without medical supervisors visible. ‘Goopers’ in all episodes of the series share their reasons for seeking out these alternative theories, anxiety and stress continually arise reflecting the mental health crisis amongst young people. I only hope that the Goop method will not convince those struggling to replace tried and tested therapies as mental health services become increasingly stretched.

It’s worth asking how Goop has managed to get its own show and how it has managed to be so successful. What does Goop have that mainstream science doesn’t? Hearing testimonials from ‘Goopers’ and members of the public featured in some episodes may be considered compelling. Anecdotal evidence from men and women suffering from mental health issues such as depression and physical health issues is emotive. For some viewers, these anecdotes may come as a life-line. Confidentiality prevents doctors from offering these anecdotes and right professionals cannot provide absolute certainty when advising patients on potential treatments. They cannot confidently say that a therapy or medication will cure a health issue like those featured on The Goop Lab. Time pressures as a result of the increasingly under-funded NHS mean that doctors may only see patients for five minutes whilst wellness gurus are accessible with just a tap on Instagram, online blogs and now Netflix. This coupled with vague buzzwords like ‘modalities’, ‘energy fields’ and ‘molecules of emotion’ will be, admittedly, attractive to some. There is even a conscious attempt by Paltrow and her followers to embed the Goop mindset, extending the brand name to an adjective as Paltrow asks her co-presenter ‘could you get any goopier?’

Paltrow is not the only one to blame. Wellness trends including fad diets and supplements have been on the rise over the past decade. In the past year, online sales of supplements have increased 40%, with prettily packaged pills ubiquitous on Instagram. Additionally, fad diets have been proven to lead to muscle loss, eating disorders and nutritional imbalance. I have come up against these wellness trends creeping into the medicine. Whilst seeking treatment from Endometriosis, I was advised by a doctor to begin a ketogenic diet to regulate my hormones. This involved eating virtually no carbohydrates, less than 50g a day, and switching to high-fat foods on the principle that fat burns fat and effectively resets the body. After three months on the diet, I felt no better, in fact, I felt worse. Following surgery, I received my diagnosis and was told by my doctor that I should never have been pointed in the direction of the keto diet and that no one should be. Recent studies have found that those committed to Ketosis, the fat burning process the ketogenic diet induces, leads to an increased risk of cardiovascular disease and impedes one’s ability to do high-intensity exercise.

However, programmes like The Goop Lab, a misleading title in itself as there is no recognisable lab in Goop’s perfectly Californian blush pink and gold head office, push this dangerous narrative further. If individuals are having health problems they should not seek out freezing water as ‘Goopers’ do in one episode nor should they rely on shrooms, a class A drug in the UK. Individuals should seek evidence-based, regulated and thoroughly researched science.

I believe that what makes The Goop Lab even more objectionable aside from its seemingly dangerous narrative is that beneath the veil of a sincere, at times, open-minded approach is the desire to promote Goop’s over-priced, nonsensical oils, eggs and even a vaginal steaming treatment which puts participants at risk of second-degree burns. Arguably, Goop at its core is an elaborate piece of marketing. The Goop Lab makes for curious viewing. I suggest that The Goop Lab must be watched with a critical mindset and, to reiterate the show’s disclaimer ‘you should always consult your doctor when it comes to your personal health’, not Paltrow’s gobbledy-goop.