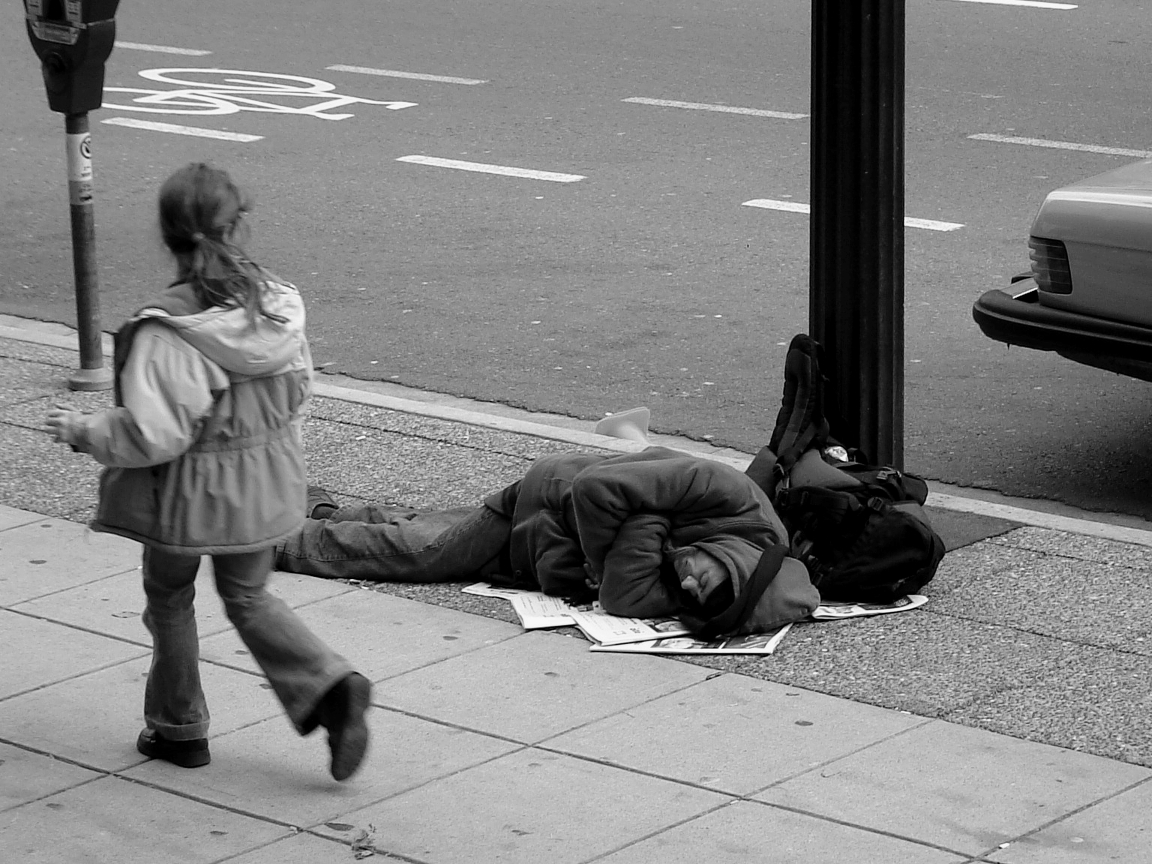 Comment Writer Sam Wait discusses the treatment of homeless people in recent political discussions, and suggests that there is much more that can be done to help

Garnering thousands of retweets on Twitter, a viral video of a homeless man having his dog taken by animal rights activists has caused global outrage. Despite being from 2015, the re-emergence of the video has reiterated the issues society is still suffering from today. The video is incredibly hard to watch. Two activists hold a homeless man down before grabbing his pet dog. We see the man crying desperately as they rip his pet away. It is horrifying to have to watch a man with nothing, have one of his only sources of happiness taken from him. ‘Cause Animale Nord’, the activists who initiated the attack, are overlooking one simple factor in their strategies of animal protection. Through helping the man whose rights they are disregarding, they could help his dog much more efficiently. Instead, the recurrent pattern of dehumanising the homeless is adopted, where a dog’s welfare is seen more valuable than a human’s. This video shows that we have become far too desensitised to homelessness and human suffering. This is compounded by the disturbing silence and immobility of the bystanders. No one, aside from the man filming and verbally protesting – is doing anything to help the man get his dog back. This highlights a disturbing surge in compassion fatigue – where the increased access to suffering on our screens has created a society ‘resistant to helping people.’ Walking down a street in Birmingham you cannot fail to see someone sleeping rough or someone asking for spare change.

Yet increasingly, witnessing homelessness every day is becoming a normality, leaving passers-by more inclined to ignore the homeless, just like the activists are doing in this video.

It shouldn’t be like this. We must stop averting our eyes to homelessness, as it is only increasing. A 2018 Crisis report suggested that there will be nearly 315,000 homeless households in Great Britain, which was almost double the number of households when the report was written. By instinct, the way our society responds to suffering means people would only become more accustomed to ignoring it. This is through the frequent victim-blaming of the homeless. They’re frequently demonised in society, whether from people who justify their ignorance with claims that if you were to give them your loose change ‘they’d only spend it on drugs and alcohol anyway.’ Or even worse, the erroneous idea that homeless people have done this to themselves. The most troubling aspect of this is when these pervasive ideologies are being projected from those in positions of power – namely, the House of Commons. Conservative MP Adam Holloway argued last week that people ‘choose to be on the streets.’ Holloway said he met Andy, a man sleeping rough, who was not actually homeless. Holloway argued that ‘this guy absolutely maintains, and this is my experience too, that if the public were not so generous and didn’t enable people to buy the heroin and buy the alcohol then he would have got off the streets an awful, awful lot earlier.’ This is yet another mass generalisation of the homeless and justifies people ignoring them. Holloway takes one specific incident of a man sleeping rough, who is not actually homeless – and makes a mass generalisation of all rough sleepers. He argues that homelessness is a health issue – that there should be ‘wet accommodations’ where people who are homeless can still take drugs and alcohol.

This is an incredibly valuable and progressive idea, but due to the homelessness crisis not being a priority in British politics today it is most probably falling on deaf ears. Instead, by assuring the public not to give to the homeless, this could reaffirm the false idea that it is easy to stop being homeless. Whereas the reality of Crisis’ figures show it is becoming increasingly difficult to maintain housing at all. This also attempts to dissipate the fallacy that those in the House of Commons, and us listening – are far from the situation ourselves.

Unlike those in the top 5% of earners, we are far closer to becoming homeless than the media would have us believe. As Kerry Hudson writes in her memoir Lowborn, ‘I think a lot of people who have a prejudice about poverty are people who don’t realise just how close we are to it.’ This is confirmed by the numbers of people sleeping rough,Crisis reports ‘temporary accommodation placements, however, have continued to rise, and now stand 71 per cent higher than in 2011’. Instead of adopting this ‘every man for himself’ mentality, we need to restore our compassion. In a culture so determined to rip down those dependent on the generosity of others, we fail to realise we could easily be in their shoes. If we were born into an impoverished area, a dysfunctional family, suffered from mental health issues, or simply made the wrong choices – we could be in the same situation. Generosity to the homeless is not a bad thing and should not be deterred – it is dwindling as we speak. Whilst these far off solutions are being discussed in the House of Commons people are dying on the streets. Do not hesitate to be generous or compassionate ‘just in case’ a person who is homeless could buy drugs and alcohol. Buy them some food or a hot drink, if you prefer. But don’t ignore them. They are people. And they should be treated as such.

‘If you’d like to help homelessness in the local area, get involved with the University of Birmingham’s ‘Help the Homeless Society’. We are a free-to-join student group focusing on spreading awareness of homelessness, fundraising, and volunteering with the homeless. If you’d like to know more, or be added to our group chat of volunteers, you can find and message us on Facebook (‘UoB Help the Homeless’) or on Instagram (@uobhelpthehomeless). We hope to hear from you!’ (Sophia King, Fundraising Officer at Help the Homeless society)