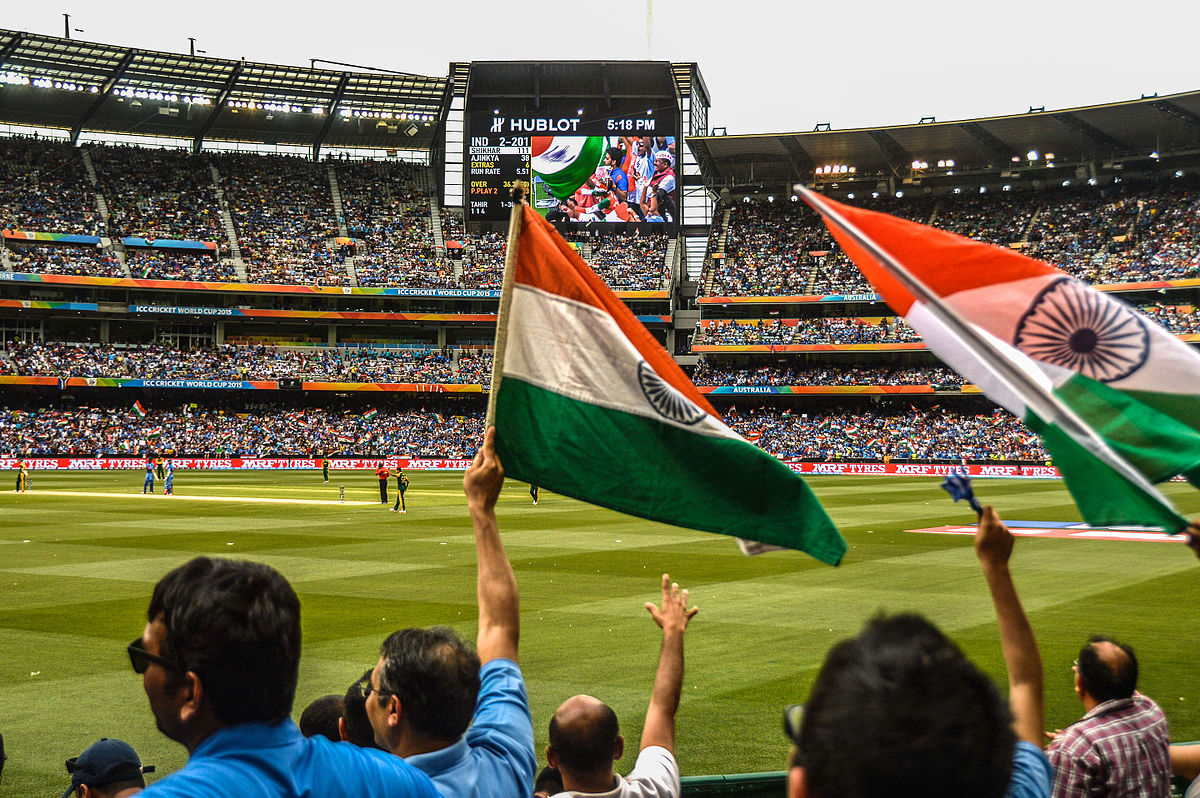 Sport Writer Oscar Frost reports on England’s second T20 in India, as the hosts responded to a heavy defeat with a convincing victory of their own

Written by Oscar Frost
Hi! I'm Oscar, and I'm one of the sports editors for the coming year.
Published at 14:30 on 20 March 2021
Images by Wikimedia Commons/Rajiv Bhuttan

After a very convincing victory for England in the series opener on Friday, India came into the second T20 match in Ahmedabad looking to improve. There were a few changes in personnel for both sides, with India bringing in debutants Suryakumar Yadav and Ishan Kishan, and England replacing Mark Wood with Tom Curran. On a new wicket, it was no surprise that Virat Kohli elected to bowl after winning the toss, as the tourists had won comfortably batting second in the first game.

The pitch indeed proved to be tricky at the start of play, with Jos Buttler out LBW to Bhuvneshwar Kumar for a golden duck. In response, Dawid Malan and Jason Roy built a solid partnership over the first quarter of the England innings, though their scoring was a touch slow. Malan then fell for 24 runs off 23 balls after a great LBW review by Kohli, finishing the 63-run stand. Soon after, Roy was caught on the boundary, just as he was on Friday, for 46. As impressive as his last two innings have been, it must be concerning for the Surrey batsman that he has not been able to convert his innings into half-centuries on either occasion.

India were disappointing in the field, with the new man Jonny Bairstow being dropped right on the boundary, getting six runs in the process. Bairstow was eventually caught, albeit after a juggle, for 20. Eoin Morgan seemed to be building a good innings with some very cultured strokes, but a big swing at a wide ball meant he was caught for a 20-ball 28. In the final few overs, the Indian bowling attack was impressively economical, leading to the English finishing their 20 overs at 164-6. Despite it being a far higher score than the Indian side managed in the first match, it was not going to be an easy defence.

Sam Curran opened the bowling with a bang, bowling a wicket maiden that saw KL Rahul nick a hooping delivery that was comfortably caught by Buttler. The recent attention on Kohli has largely been concerned with his poor form of late, so there was a sigh of relief when he managed to get off the mark.

After a relatively slow start, Kishan and Kohli seemed to target Tom Curran, smashing him for 16 runs in his first over. Ben Stokes was then brought into the attack, but was also hit around the park, going for 17 runs. Stokes then had a chance to make amends, but dropped an absolute sitter from Kishan. It proved to be a costly mistake, as the debutant pushed on to get to 50 off just 28 balls – a fantastic effort from a bright young talent.

All good things must come to an end, however, as he was given out LBW for 56. Rishabh Pant then had a useful cameo performance, scoring 26 of 13. At the death, the Indians tightened their grip on the game, with Kohli getting to his half-century in 35 balls. The home side ended up winning the game by seven wickets with more than two overs to spare.

Although India ended up winning relatively comfortably, both sides still have work to do to sharpen themselves up for the remaining games, which will be played behind closed doors after a spike in COVID-19 cases in Gujarat. England certainly could have won the game with better fielding, so the series is on a knife-edge. The arrival of Kishan, unsurprisingly named man of the match, could also prove to be a huge part of India’s success in the coming matches.