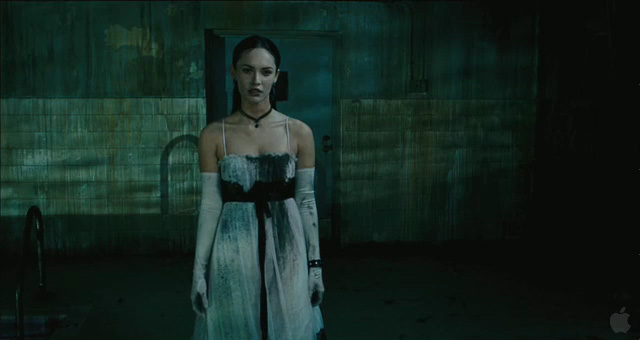 Written by Zahra
oooh she's different and pretentious about film
Published at 12:00 on 8 November 2019
Images by Poakpong

Jennifer’s Body just had its 10th anniversary a couple of weeks ago and as expected there was not a single person on my timeline talking about it. Even during its initial release in 2009, the film was every critic’s favourite punching bag and Megan Fox, who was essentially blacklisted by Hollywood at this point, received a majority of the hate. It’s easy to see why at the time this movie was so controversial, but we live in a different era and a different climate, so for it’s 10th anniversary let’s take a look at why Jennifer’s Body was miles ahead of its time.

It goes without saying that there are very strong feminist elements in this film. Jennifer, played by Fox, is a young attractive woman who gets her body violated by a group of men and the story follows her as she enacts revenge on those she considers complicit in her humiliation. There is something empowering about watching a woman who was once objectified then use her sexuality- a source for men’s enjoyment, to trap and feed on them in order to make her more powerful.  It’s so easy to see why middle-class America in 2009 had a problem with such a concept. There is no doubt that if Jennifer’s Body was released in 2019 it would have been an instant hit, particularly amongst LGBT audiences.

I have seen many people call the makeout session between the two central characters, Jennifer and Needy (played by Amanda Seyfried), as ‘queer-baiting’ or intended for the ‘male gaze.’ I blame these criticisms in part on the marketing for Jennifer’s Body at the time. The posters distributed were entirely focused on Megan Fox’s sex appeal as an obvious sell for young teenage boys. It’s hard to tell if this was intentional or if the marketing team just had a fundamental misunderstanding of the themes being presented. Even now people are blind to the true message of the movie and it’s often referred to as a sexy chick-flick. Nevertheless, this was a movie directed by a woman – Karyn Kusama, say her name y’all –  for young women.  The explorations of sexuality were written and implemented for its female audience, to showcase the complex three-dimensional relationship between Needy and Jennifer. What was meant to be a thoughtful, perceptive and even scary examination of what it means to be a teenage girl was instead ripped of its core message to be marketed for teenage boys.

Kusama’s explorations of Needy and Jennifer were also pretty revolutionary for the time. At first glance both characters fit a certain archetype; the school ‘slut’ and nerdy girl-next-door, but they’re so much more than that. They are a true, visceral glimpse into teenage girls lives and relationships, their intense emotions, their absurd jealousy, their constant, desperate need for approval. Despite being the best of friends they are still in constant competition with each other and ‘it’s a sickness’ as Megan Fox says. It’s so easy to see why their relationship was initially misunderstood, with Needy being interpreted as the infatuated lesbian, I mean it’s in her name right? She’s ’Needy.’  But Jennifer is just as obsessed, just as consumed by their relationship. When she is reborn as a succubus there is an obvious shift in their unequal dynamic. Jennifer can feel Needy slipping through her fingers and she can’t handle it to the point where she aims to get rid of every person in her life so she can completely own Needy: body, mind and soul.

But you can’t completely write-off this relationship as toxic on just one end.  Needy is also on some level complicit. She feeds into Jennifer’s narcissism because of her love for her but at the same time she looks down upon her character, she undermines her as Jennifer herself points out- ‘God! Do you have to undermine everything I do?”.  And Jennifer can’t handle it, her image is everything, after all “[Jennifer] was the snow queen!.’

The intense, layered relationship between these characters is something that has never truly been explored in cinema. Women were either with or against each other but the intersection of these relationships has never been showcased in such a way. Even after Needy severs her connection to Jennifer by ripping off her necklace and stabbing her in the heart, a very poignant ending to their relationship by the way, she is still irrevocably tied to her. After absorbing her powers Needy herself goes on a rampage echoing Jennifer’s actions and she exacts revenge on the men originally responsible for Jennifer’s condition. Thus, it’s obvious that even in death these girls will never let go of each other. They hurt but also unconditionally love each other. Needy has not only inhaled Jennifer’s powers but she has also inhaled her very being and now their souls are forever intertwined.

Complex relationships and core feminist message aside though, the artistic direction Jennifer’s Body took was simply breathtaking. They play up the horror-comedy theme perfectly by utilising over-saturated, bright colours. Scenes which contain a copious amount of blood have a macabre beauty to it, so moments that will usually cause audiences to recoil, instead seize our attention. One particularly beautiful shot comes to mind as Needy runs through a dark field in a magenta dress in order to save her lover. Not only does this subvert the damsel-in-distress stereotype but it also paints a beautifully gothic picture. It’s melodramatic and gorgeous, especially when she emerges from a fairytale-esque bramble her dress torn and struggling as the shadowy outline shrouds her.  It goes without saying that whether you love it or hate it, Jennifer’s Body has many iconic shots. From Fox holding a lighter to her tongue, to her strutting down a high school hallway and even her blood-splattered white prom dress, I’ve seen every single one of these screen-caps used in icons and headers on every corner of social media.

Fox has always been demonised for her sex appeal. Her feminism was dismissed because she was conventionally attractive and she has never been allowed to break out of that mould. When speaking out about the injustice, she was punished. When owning her sex appeal to convey the same message, it was brushed over in order to appease the male gaze and not challenge conventions that made 2009 Middle-America uncomfortable. Jennifer’s Body was not only a story about Jennifer and Needy but about Fox herself, yet we took her narrative away from her. Too little and too late Jennifer’s Body is finally being recognised for the feminist cult classic it should have been labelled back in 2009.

This was a movie that was ahead of its time. The perfect blend of horror, comedy, beautiful shots, and incredible characters. Definitely worth a rewatch with a fresh perspective.