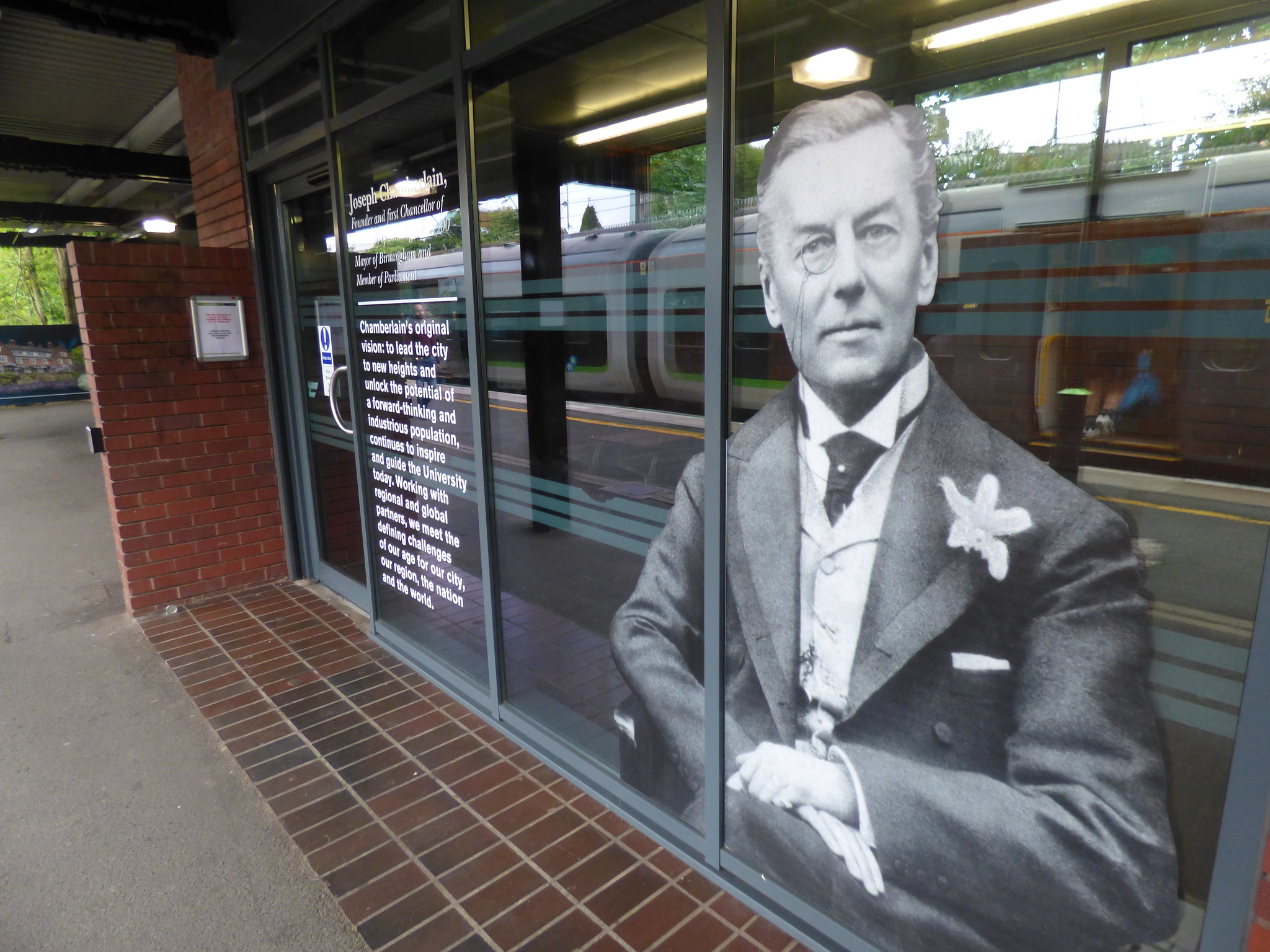 Depicted on the University of Birmingham’s website as a man who wanted a ‘great school of universal instruction’, Chamberlain is celebrated around the University for his focus on accessible education for all. As the first chancellor, he undoubtedly founded the University on these liberalist ideals. Aware of the limiting factors for students in his time, he fought for a free, secular and compulsory education for all. Although undoubtedly significant enough for commemoration, this portrayal of Chamberlain is selective. Any glance at his activities in cabinet shows that the second side of his career is deliberately forgotten.

In government, Chamberlain was granted a cabinet position of Colonial Secretary, and he quickly became a leading figure in perpetuating Britain’s exploitative activities in the colonies. A strong advocate for imperial unity, Chamberlain promoted development of the Empire under his belief that it was the ‘duty of the landlord to develop his estate’. After his various successes of fighting other colonial powers for jurisdiction over Niger and Sierra Leone, Chamberlain turned his attention to South Africa, driven by his desire for domination over Transvaal, a Dutch colony in South Africa. This started what became known as the Boer War and ultimately resulted in 500,000 British troops being deployed in South Africa. For three years between 1899 and 1902, Britain fought the two Boer Republics, Transvaal and the Orange Free State. Effects of the conflict extended beyond the deployed fighters; 26,000 women and children died from malnourishment and disease in the British run concentration camps while thousands of Black Africans were pushed out from their houses and jobs when the land was required for the conflict. In a war that he ultimately won, Joseph Chamberlain secured colonial rule of South Africa from one minority group to another.

This unrepresented side of Chamberlain’s career brings into question exactly what Birmingham commemorates. His educational reform? His parliamentary career? Or his exploitative colonial practices? What remains in this diverse, multicultural city are several sites of celebration for a man who believed his race entitled him to lead his country to colonise, exploit and kill thousands of African citizens.

Is the solution complete erasure from the city?

There is an ongoing debate in North America on the significance of renaming buildings that commemorate problematic figures. At Harvard College and Harvard Law School, the House Masters have agreed to change their titles due to the association with slavery. There are also calls to remove the school’s seal, which has ties to a former slaveholding family. In Canada, Prime Minister Justin Trudeau has renamed the Langevin Block building out of respect for the indigenous people, saying that the name clashes with the government’s vision. This has been met with wide contestation as some argue that renaming the buildings results in negating a whole section of history. It could be a cop out; renaming goes no further than being a gesture when apologies and strategies to change attitudes would be far more significant. In the case of Birmingham, perhaps a broader portrayal of Chamberlain would educate. But would this education fully counteract the glorification?

While name changing can be seen as a complete negation of problematic past, the act itself embodies dynamic change experienced by communities. In an act that changed the most famous city on earth, New Amsterdam became New York. The name change became an integral part of the city’s history, immortalising the power exchange from Dutch to British. Our own country was renamed in 1927, reflecting social change as the Republic of Ireland populations desired an independent identity. Change becomes part of history.

Birmingham is changing, and it should be reflected. We are becoming academic, diverse, liberal, accepting, youthful, creative and global; perhaps it’s time for the landmarks to catch up.