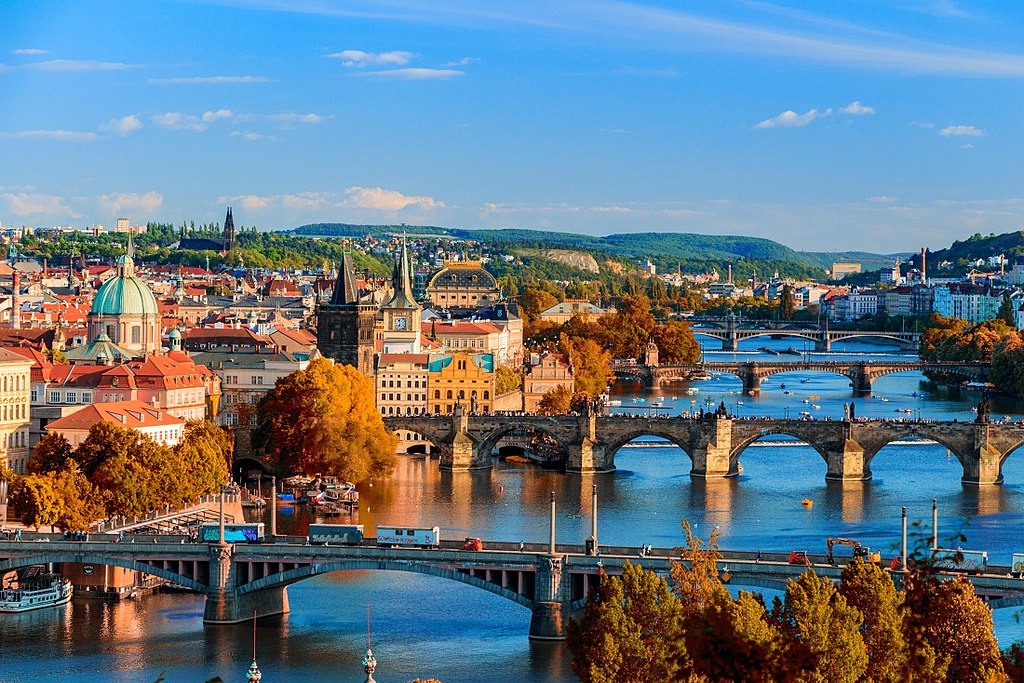 Katie Hopkins Prague Prank: What Can be Done to Change Her Views?

Written by georginatait6
Published at 16:00 on 18 February 2020
Images by MurderousPass

Josh Pieters, a popular YouTuber, recently uploaded a video on YouTube that involved pranking Katie Hopkins. Whilst pretending to be part of a fake organisation, the ‘Cape Town Collective Freedom of Speech’, Josh emailed Hopkins to inform her that she had won an award. The former reality TV contestant was delighted with this news, and agreed to travel to Prague to collect her award.

Josh covered the cost of her flights and accommodation, as well as the cost of his own, and all the other people assisting him in the prank. A private room was booked in a hotel, where Katie, Josh, and other actors would dine on a luxury three course meal, before Katie would be awarded her trophy. They named it the ‘Campaign to Unify the Nation Trophy’, which produced initials that created a highly offensive word. With Katie oblivious, the initials were displayed on a large projector screen behind her, whilst she posed for photos, holding her trophy.

After receiving her award, the mum-of-three made a speech that shocked and disgusted the majority of the 5.5 million viewers that the video achieved. She expressed her negative views towards Muslims, Asians, epileptics and branded Greta Thunberg as an ‘autistic ******* wench’. To label someone so awfully, who is putting immense hard work into tackling climate change, reveals a lot about Katie’s ideologies: she has no interest in the climate emergency and therefore views anyone who does have an interest to be inferior to her.

Josh also points out her other negative views to anyone who is: an immigrant, Muslim, a full-time mother, black, suffering from mental health issues, overweight, Palestinian, a feminist, has a tattoo, transgender, homosexual, Scottish, an ebola victim, asylum seeker, or has a name with a geographical location. These are, for the general population, unwelcome views. During her speech, Katie mentions that she doesn’t usually receive awards, and that she is more used to receiving backlash. This confirms that she is aware that her views are not popular. Surely, if you can recognise that your beliefs are unusual, that would be enough to encourage you to re-think them?

This is not the case for Katie. In fact, it is almost the opposite. She appears to thrive off of the hate she receives. This begs the question as to whether or not it would be better to simply ignore her? Sharing her views on social media, for example, is only spreading her negative attitudes, which could then wrongfully teach other people to think in a similar way. Spending thousands of pounds on flights and accommodation for someone like Katie Hopkins certainly must have felt conflicting for Josh. In his video, he addresses the question as to why he would want to waste his own time and money on such a person. He concluded that similar to how Hopkins has freedom of speech, so does he and he is therefore able to use this to play on her ego, and reveal to the world what is going on inside her head. It is difficult to know whether it’s more beneficial to reduce the amount of attention that Katie receives, or, in Josh’s case, increase the amount of attention, in order to educate people that this is not a healthy, moral or ethical way of viewing the world.

After the release of Josh’s video, Twitter’s response was to reduce the amount of attention she receives: they banned her from the social media site, therefore minimising her ability to spread any offense.

In order to prevent any others from adopting these upsetting views, it is important to educate children. The way a child is brought up can have dramatic effects on what their views will be like later in life. Therefore, where it is financially possible, it’s important to take your children on holiday, abroad and within the U.K. If a child is able to explore other cultures, and see their beauty, they will quickly learn to view anyone who is part of a different race, religion or culture, to be equal to them. Similarly, actively making your child aware of things like mental health disorders, feminism, the LGBTQ+ community, and many other aspects to our society, will equip them with the correct knowledge, thus allowing them to develop their own, healthy opinions.