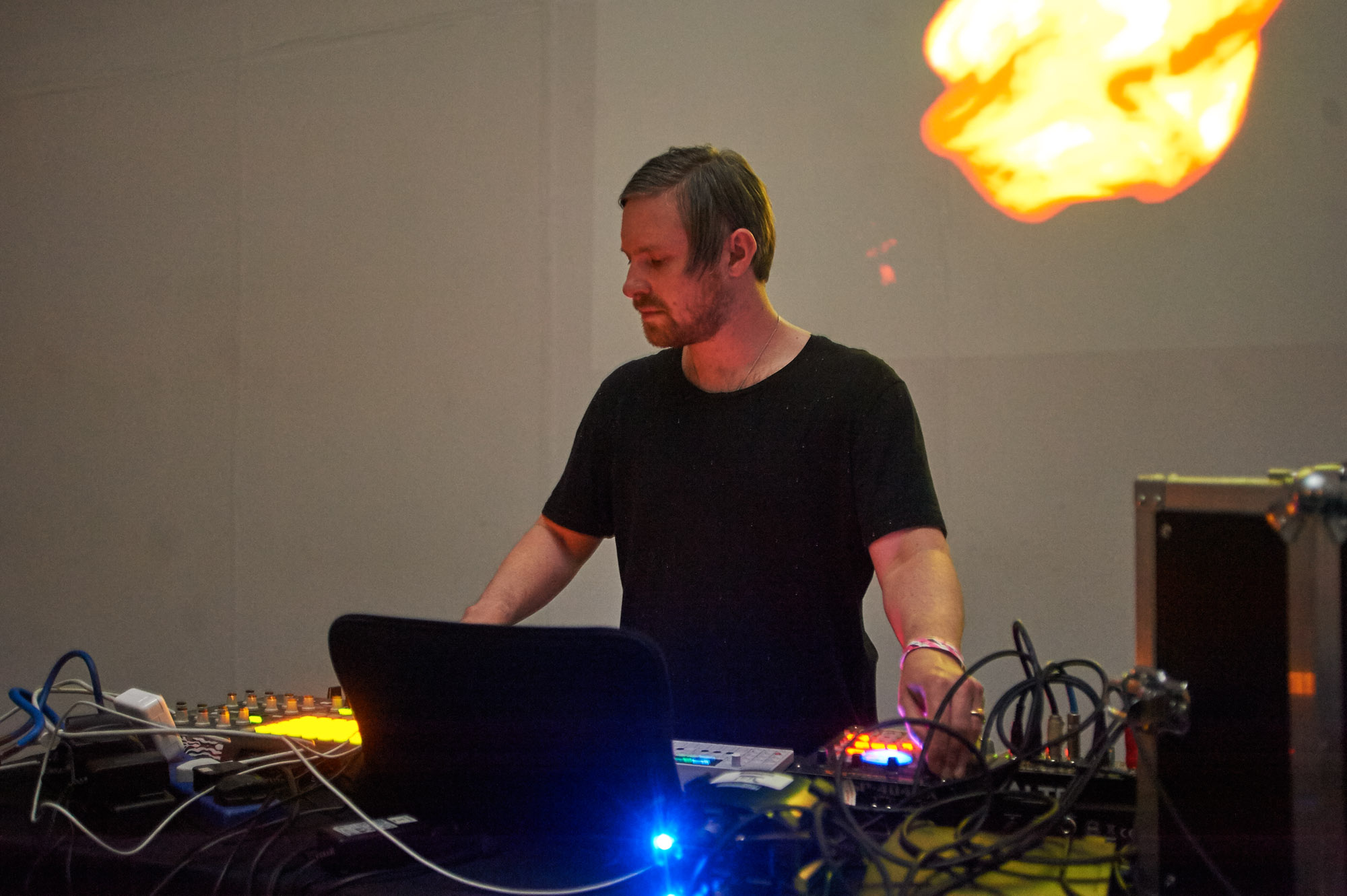 After being forced to delay his show by a year, Blanck Mass makes the wait worth it with a spectacularly abrasive performance, Music Critic Seb Rolley reviews

Previously of the band F*ck Buttons, Blanck Mass is a Scottish producer known for his blend of noise and club music, somehow both danceable and harsh. After being billed as support for the cancelled Hookworms gig last year, he made his welcome return to Birmingham for a headline show at Hare and Hounds.

Opening the set with a ridiculously loud blast of noise, Blanck Mass quickly moved into recent album standout ‘Death Drop’, barraging the audience with its incessant industrial drums. The inescapable intensity of the track in live setting added an almost hypnotic feel to its brutality, with the entire audience visually taken aback by quite how powerful the sounds were in person. Impressively, all of the vocals from this track and most others were performed live through a distorted mic, blending seamlessly into the soundscape of the tracks, they added an ethereal element of heaviness to their sound, reminiscent of recent black-gaze bands such as Deafheaven.

The real standout however of Blank Mass’ music is the sense of melody he imbues within this noise. This becomes even more impressive in the live setting, where the sheer volume and brutality of the tracks’ noise make any snatches of calm and familiarity all the more effective. The arpeggiated melodies and sampled vocals weaved throughout ‘Love is a Parasite’ are a perfect example of this

Without the visuals projected onto stage, the auditory assault unleashed by Blanck Mass could have proved to be alienating and grown old by the end of the gig even with the accessible melodies woven throughout. The way that the visuals projected behind him throughout the show brought together natural and industrial imagery with a consistent feel of decay and corruption perfectly reflected the feel of his recent album. Lyrics such as ‘open your eyes, open your minds, say something’ from ‘Death Drop’ became all the more impactful when accompanied with imagery of people eating rotten apples and decaying flowers. The clear thought that had been put into the relationship between visuals and sounds tied the show together, turning it into a fully formed realisation of everything Blanck Mass’ music has come to represent.

There is no better way to experience music such as that of Blanck Mass’ than live. The sheer volume of the set helped accentuate all of these individual elements, allowing it to feel both infinitely more brutal and yet somehow more anthemic and accessible. This was an undeniably impactful show by one of the most exciting figures in experimental music.