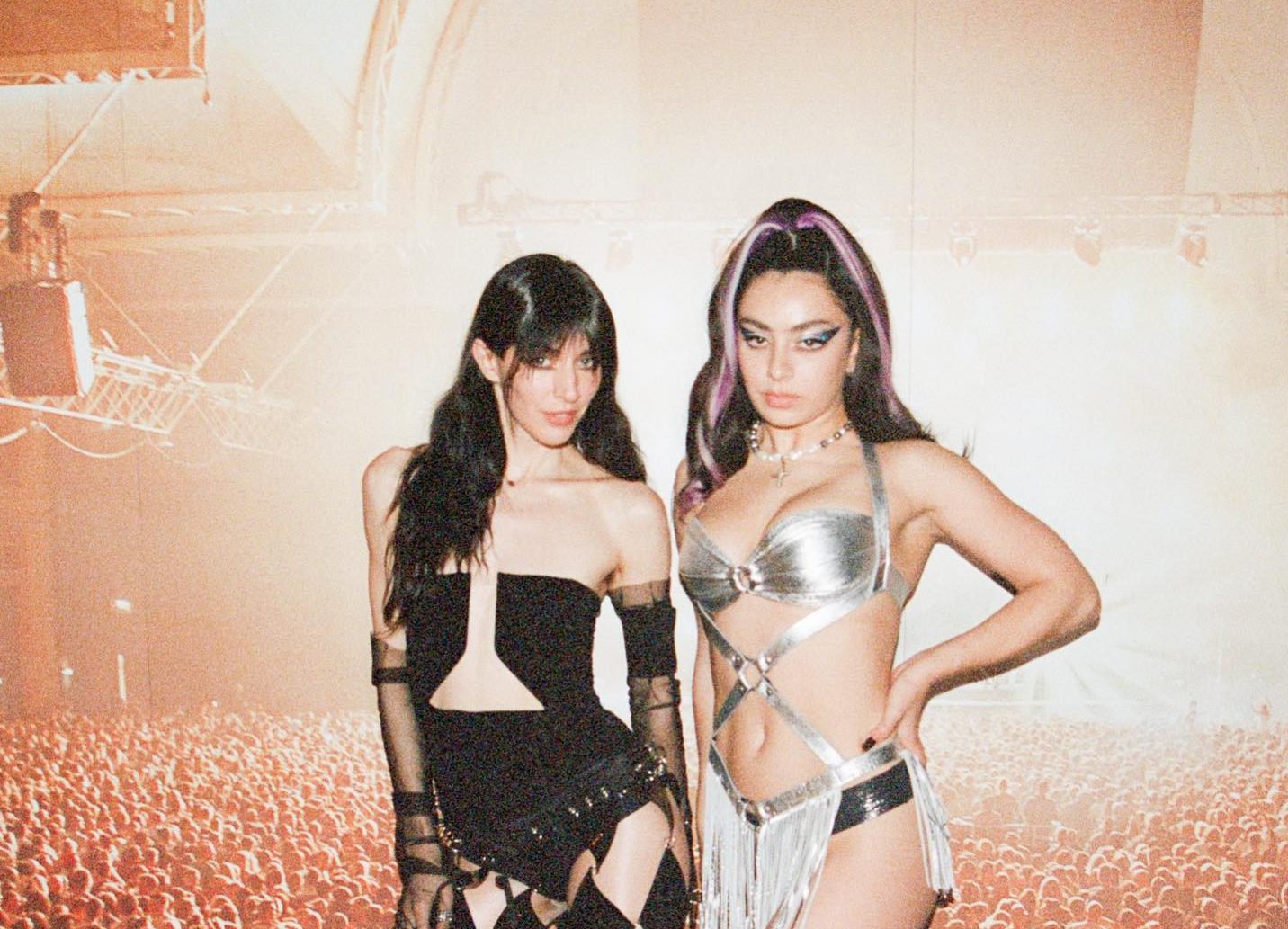 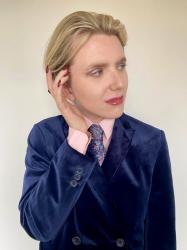 Charli XCX is undeniably one of my favourite artists and being able to see her perform live for the second time was a dream come true. After seeing her live at the O2 Institute in 2019, I had high hopes for her Birmingham stop of the CRASH tour at the O2 Academy. She certainly did not disappoint.

Kicking off the evening, the support act Yeule gave a half an hour set of entrancing tracks. Previous to the show, I had only heard ‘Don’t Be So Hard on Your Beauty’ so I was excited to discover new tracks. Starting off with ‘Pixel Affection’, I was instantly hooked on their breathy vocals. Their aesthetic of cyborg punk and electronic beats made their a great pairing for Charli XCX. Despite most of the lyrics being inaudible due to overpowering swells of synthesisers, Yeule was able to pump up the energy of the audience before the main event. Hearing ‘Don’t Be So Hard on Your Beauty’ live was the highlight of their set as they sounded even more ethereal in person and the emotion resonated through the crowd. Overall, I was impressed with their ability to change their personal style from softly whispering into the microphone with guitar in hand to jumping around the stage when the bass hit, creating a lively atmosphere.

After Yeule’s set, the audience was teased with songs from the infamous leaked album XCX World which played through the speakers. This was a tactical way to increase anticipation for Charli’s appearance. From start to finish, her set was non-stop banger after banger. With rumbles of thunder and cracks of intense lightning strikes on screen, the show started with a bang. Starting with the fan favourite ‘Lightning’ from CRASH, the whole arena was suddenly electric. This was the perfect choice for an opening number; the audience singing along to “you struck me down like lightning, lightning” solidified the start of a vibrant set. Immediately transitioning into ‘Gone’ from Charli with ominous red lighting, Charli amped up the energy even more. As the song is a collaboration, Christine and the Queens’ verse was played through the speakers which was drowned out by the audience singing along. Suddenly, she slowed the pace down by playing ‘Move Me’, a slower track compared to the others on CRASH. It is safe to say that this performance did move me with Charli’s emotion and ability to access a lower register.

Moving into ‘Constant Repeat’, Charli stepped up the choreography, matching her dancers’ repetitive clockwork-like movements to mirror the lyrics of the song. Continuing the run of CRASH tracks, Charli performed ‘Baby’ followed by ‘Yuck’ – two of the standout tracks from the album. It was at this moment that it truly felt like I was at a Charli XCX show. The extended introduction of a violin shrill of ‘Baby’ sent the crowd into chaos as everyone screamed “baby” as the lyrics started. The fast paced and intense delivery of the lyrics was compounded by Charli using every inch of the stage as she evoked the punchy pop perfection of the track. ‘Yuck’, an equally catchy and intense track, was my favourite performance from CRASH. With flashing neon shapes projected on screen behind her, Charli delivered campy choreography to illustrate the lyrics. “Yuck, now you got me blushin’ / cheeks so red when the bloods starts pumping” was accompanied by exaggerated pumping arm gestures. The projected vocals, precise and upbeat choreography, and the constant changing of warm hue lights made this a high point of the evening.

Not only did Charli sing all the tracks on the standard version of CRASH, she also incorporated Charli staples as well as fan favourites from her last record How I’m Feeling Now. As ‘Party 4 U’ was written and recorded during lockdown and it is an ode to throwing parties to experience the energy of love dancing carelessly, it was so powerful for her to perform this after craving partying with her fans for so long. The track ‘1999’, one of my favourite Charli XCX singles, embodied this party vibe. Clearly a favourite from the crowd, the absence of Troye Sivan on the second verse was not felt as I and everyone belted the much-loved lyrics. It was an intriguing setlist choice to place ‘Crash’, a very intense track that is perfect for screaming to the depths of your lungs to, right before ‘Boom Clap’, arguably Charli’s most well-known song and the oldest track she performed. Charli’s music has evolved so much since its release in 2014 that it felt incongruous among the other songs. However, it did make me feel nostalgic as it was the first Charli XCX song I had heard. Unlike for her London show, Charli did not not have Caroline Polachek (pictured to the left of Charli in the header) as a guest for ‘New Rules’. This would have elevated the performance further, but it is understandable to reserve a guest for the largest show of the European tour.

If I thought the arena’s energy was blazing during the performance, the entire crowd combusted into an uncontrollable inferno in the encore. Everyone had been waiting for this moment – for Charli to perform the wildly popular track ‘Vroom Vroom’ that is synonymous to her name. The arena turned into a rave as everyone ferociously chanted “cute, sexy and my ride’s sporty / those slugs know they can’t catch me / beep, beep, let’s ride” in the chorus. The second verse was the peak of insanity: Charli almost rapped to the fast-paced lyrics, bouncing around stage in pop diva fashion. This performance showcased that Charli XCX is one of the most enigmatic performers of our era and reminded me why I value her so much as an artist.

The evening ended with the lead single from CRASH, ‘Good Ones’. A demonic atmosphere of flashing red lights, moody vocals and sensual dancing from Charli culminated the experience in a seamless way. Overall, Charli’s ability to ignite an audience and maintain a rich energy made the show an utter spectacle. I will definitely be seeing Charli XCX on her next tour.