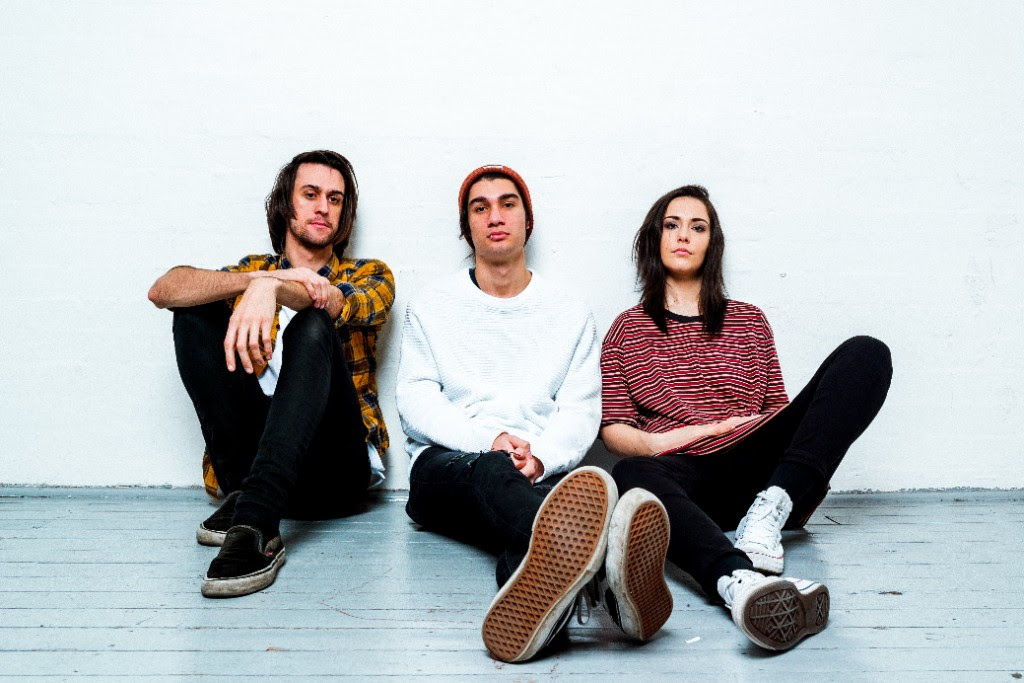 Ever since the release of their first EP, Sidewinder, Australian three-piece Stand Atlantic have been ones to watch. Their highly anticipated debut album Skinny Dipping, released late last year by Hopeless Records, was a huge success, and has catapulted the band to the forefront of the contemporary pop-punk scene. Front woman, Bonnie Fraser, has quickly become one of the biggest new names on the scene and even here, on the other side of the planet to where the band formed, Stand Atlantic has banked a string of sold-out shows for their first ever UK/Europe headline tour.

The fifth show of the tour saw them packing out Nottingham’s Bodega – one of the city’s smaller venues – with support from London-based SHADED and In Her Own Words from California. Despite having supported the likes of State Champs and ROAM, this was Stand Atlantic’s first appearance in Nottingham, and the fans came out in full force, and the band were sure to make a good first impression.

Beginning with the popular ‘Bullfrog’ from their album, Stand Atlantic launched into a high energy set the crowd loved. With such an intimate venue (and thus a lack of official security) it wasn’t long before crowd surfers were joining the band on stage and throwing themselves back into the pit for the choruses of title tracks ‘Skinny Dipping’ and ‘Sidewinder’. Surprisingly, the lesser known ‘Push’ and ‘Chemicals’ from the trio’s first EP appeared to be particular favourites for the audience, revealing an impressive dedication from those attending. It was these performances which encouraged the most excitement and energetic response from the crowd.

The set’s halfway point allowed for one and a half songs of slower, more emotive performance. Fraser’s introduction to ‘Toothpick’ revealed the song’s associations with raw pain and hurt – the physical equivalent of ‘kicking a wall with a toothpick in your nail’. This was followed by the slightly more easily-digested ‘Burn in the Afterthought’, which called for powerful vocals. Once again, the venue’s intimacy enhanced this segment of the set, with the small room’s acoustics exposing Fraser’s impressive tones and encouraging pleasant audience harmonising.

The subsequent live rendition of ‘Lost My Cool’ was a perfect transition back to the band’s usual, rockier tracks, as it boasts a tame but engaging build-up which explodes into an angry, raucous chorus. Similarly, the penultimate ‘Coffee at Midnight’ – the band’s first ever single – prompted lots of lyric shouting and crowd movement to its gritty riffs.

‘Lavender Bones’, Stand Atlantic’s most widely known and most popular track, finished off the evening. It’s a song which screams for listeners to put some distance between themselves and the floor; the band’s Nottingham audience were happy to oblige. Almost the entire first chorus was sung purely by the crowd after a keen fan knocked over Fraser’s microphone stand when they fell off the sea of arms shifting them from the centre to the front of the room. The band simply responded with laughter and seemed overall impressed with the room’s enthusiasm.

It’s safe to say that Stand Atlantic’s on-stage performance does justice to their wildly popular music and only gives their fans another reason to continue to support them in what’s certain to be another huge year for the band. With a slot at this year’s Reading & Leeds Festival, the band’s presence will definitely be felt in 2019, and I can only hope that they return as much as possible in the future.