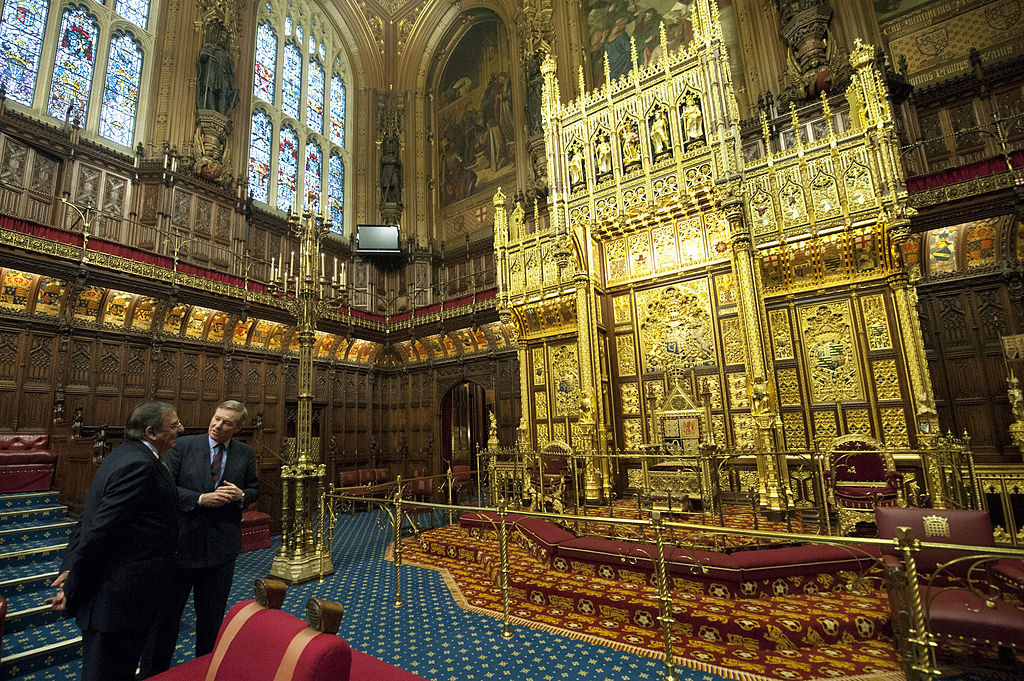 MPs Elevated to House of Lords

Written by Joseph Meakin
Published at 13:00 on 3 February 2020
Images by Erin A. Kirk-Cuomo

The recent elevation of Zac Goldsmith and Nicky Morgan to the titles of Baron Goldsmith of Richmond Park and Baroness Morgan of Cotes, raised a collective eyebrow, as commentators questioned the appropriateness of their appointment to the House of Lords. Wider questions have also arisen surrounding the unelected upper chamber’s suitability in the 21st century, with Rebecca Long-Bailey, a contender for the Labour Party leadership, saying she is in favour of electing its members and moving the institution outside of London.

The controversy surrounding Lord Goldsmith and Baroness Morgan’s appointments concerns two issues:  the first is that Goldsmith lost his seat of Richmond Park in the December 2019 election, whilst Morgan announced she would not seek re-election to her seat of Loughborough, citing the abuse sustained by MPs and the impact front-line politics has had on her family. The second is that both peers have continued in their ministerial posts in Boris Johnson’s Cabinet: Morgan is the Secretary of State for Digital, Culture, Media and Sport, whilst Goldsmith is a Minister of State at both the Department for Environment, Food and Rural Affairs and the Department for International Development.

The use of the Lords as an ‘absurd insurance policy for trounced MPs’, as Darren Hughes, the chief executive of the Electoral Reform Society, recently stated, is an affront to parliamentary democracy. However, it is not without precedent. Since time immemorial, former MPs have been elevated to the peerage – Hughes notes that there are over 200 of them in the current chamber. It is also not without recent precedent that peers sit at the Cabinet table. Leaving aside leaders of the House of Lords cabinet-level positions, Baroness Sayeeda Warsi served in David Cameron’s Cabinet, whilst Lord Andrew Adonis and Lord Peter Mandelson served in Gordon Brown’s – Lord Mandelson even spent time as the First Secretary of State, the de facto Deputy Prime Minister.

Nevertheless, the fact that there are precedents does not mean that these practises should not change, as they are anachronistic and profoundly undemocratic. This moves me on to the wider question of the Lords’ suitability in the modern age. I disagree with any calls to abolish the House of Lords. It acts as another mechanism, like the Supreme Court, in holding the government of the day to account – in particular, it scrutinises legislation, often improving it.

Of course, the paradox here is that we, the voting public, cannot hold it to account, unlike the voters of Richmond Park, who held Lord Goldsmith to account by voting him out. The right answer, in my opinion, is for full-blown reform. But unlike Rebecca Long-Bailey, I do not see the need to move it outside of London. This is because, whilst there is an argument to move the entirety of Parliament from London to a new location, I think it would be nonsensical to move just one of the two chambers.

Over the past decades, some reforms have already been made to the Lords. The most significant of these was in 1999, when most of the hereditary peers were removed from the chamber and their numbers capped at 92.

There have been further attempts at reform in the years since but these have not gone nearly far enough. The next round of Lord’s reform requires the removal of all hereditary peers. It is a ludicrous situation that there are people still entitled to a seat in our upper chamber because – perhaps generations ago – an ancestor was awarded a hereditary peerage. It is also time for the 26 Church of England bishops to lose their seats, as ‘Lords Spiritual’. As with the hereditary peers, it is equally bonkers that religious figures from one Christian denomination get to sit in the Lords – particularly when you consider that modern-day Britain is a society made up of people of many faiths and also of none. Further cuts to the number of peers as a whole are also needed. At present there are 795 in total, which makes the Lords the world’s second largest legislative body, after China’s People’s Congress.

Lastly, it’s high time for elections – except these would be held on a proportional representation basis. Emulating the way in which Britain currently elects its MEPs, the D’Hondt method could be used. This would see the UK split into regional constituencies, with peers elected from a long list of candidates. However, on this I agree with the ditched attempt at reform in 2012, which proposed holding elections for eighty per cent of the Lords, with the other twenty per cent being appointed. Why are the Lords ‘an affront to parliamentary democracy’ and ‘profoundly undemocratic’ and why should we support the 2012 proposal? This is because, unlike Michael Gove, we should value the opinion of experts. The twenty per cent that should be appointed on merit would not be able to vote down legislation on their own, but what they would do is provide valuable insights into their areas of expertise, and thereby improve the quality of our law-making.