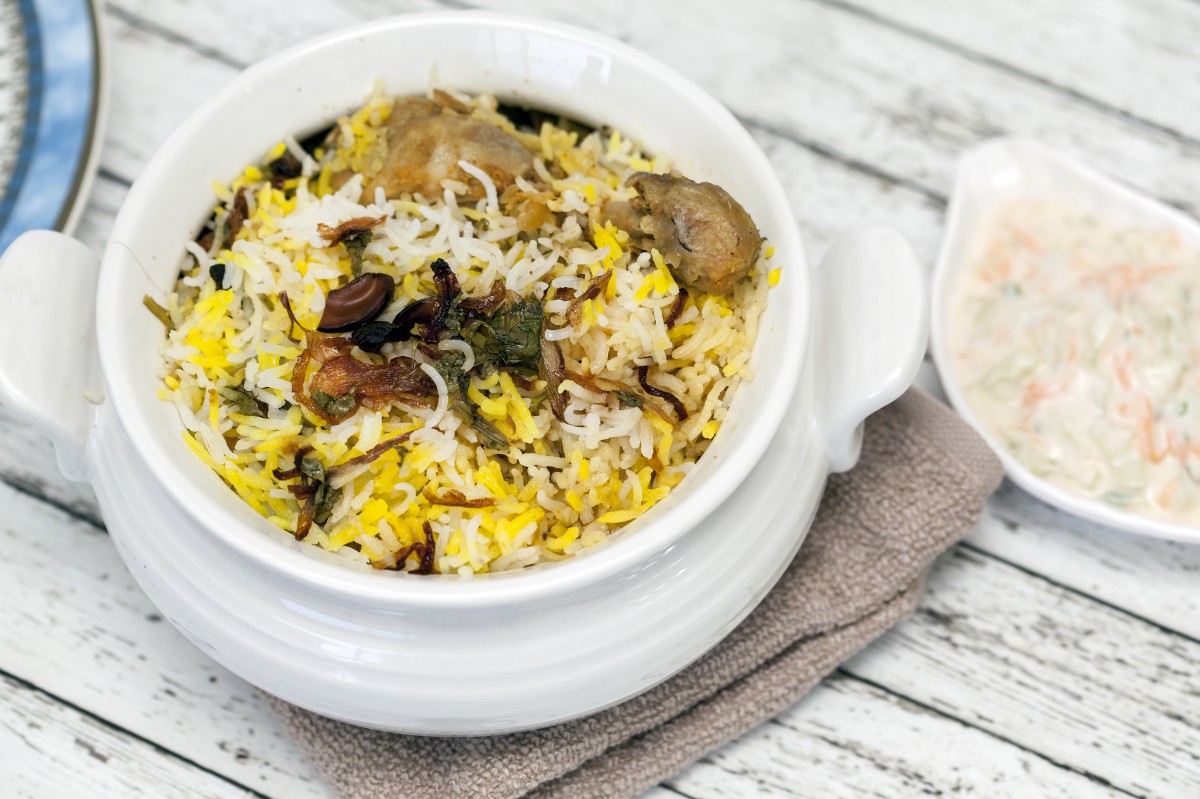 Food&Drink Writer Zenna Hussain explores why Biryani, the national dish of Pakistan, is such a comfort food for her

Written by Zenna Hussain
Published at 11:00 on 28 October 2021
Images by suhailixe

Biryani is a highly seasoned dish of rice and meat, fish, or vegetables, and occasionally eggs and potatoes, coming from the Persian word ‘beryan’ meaning fried or roasted. This is eaten in the Indian subcontinent and especially in my country, Pakistan.

However, I feel Biryani sums up the essence of Pakistan like no other dish can. When you think of Pakistan, you think of family, Eid, Asian weddings, and most importantly, culture. In these cases, Biryani is almost always present. It is one of the most conventional and traditional dishes of Pakistan.

This dish may not be considered the default dish of Pakistan, due to rising prices of meat. In addition to this, due to popular forms of Biryani having chicken, lamb, and mutton in them, it means that some with alternative diets cannot always enjoy them. Fortunately, Biryani can lend itself very well to personalisation with different types of meat being able to be substituted in, such as beef, goat, fish, or prawns. It can also be easily made vegetarian with meat being left out, and more vegetables being added, such as the controversial potato being added in and boiled eggs.

Traditional Biryani is also very hard to westernise, as many Pakistani dishes are. Certain curries, such as Chicken Tikka Masala  – which is often considered the English national dish – are often made to be less spicy and therefore more palatable for westerners. Biryani on the other hand, especially Pakistani Biryani which tends to be a lot less mild, is generally eye-wateringly hot. It is also often eaten with your hands, or with Naan or Roti, making it feel very traditional. Muscle memory makes this dish one to enjoy when you are missing home and culture, or trying to embrace and appreciate someone else’s culture. It may be eaten in the whole of the Indian sub-continent, but it also has a very regional identity, with countless versions and each region claiming theirs is the best, making it a very popular dish.

Due to the complexity of ingredients and the time it takes to be made, Biryani is more of a comfort food which I can eat when I go home and my mum makes it, rather than a dish I need to slave over for a couple of hours, making enough to feed a whole wedding party. When going home is not an option, there are a few good places to buy Biryani in Birmingham given the high quantity of South Asian residents. Some of the best are Dilshad’s, with multiple Biryani dishes right in Selly Oak for only around £10, Amaa Dosaa’s at slightly cheaper from from around £6, and Banu’s at about £10.

I would highly recommend Biryani to everyone, for the English boy trying to find out more about Pakistani culture, for the South Asian girl missing home, or for any aspiring chef who has a few hours to kill.

Still hungry for more? Have a look at these articles below: