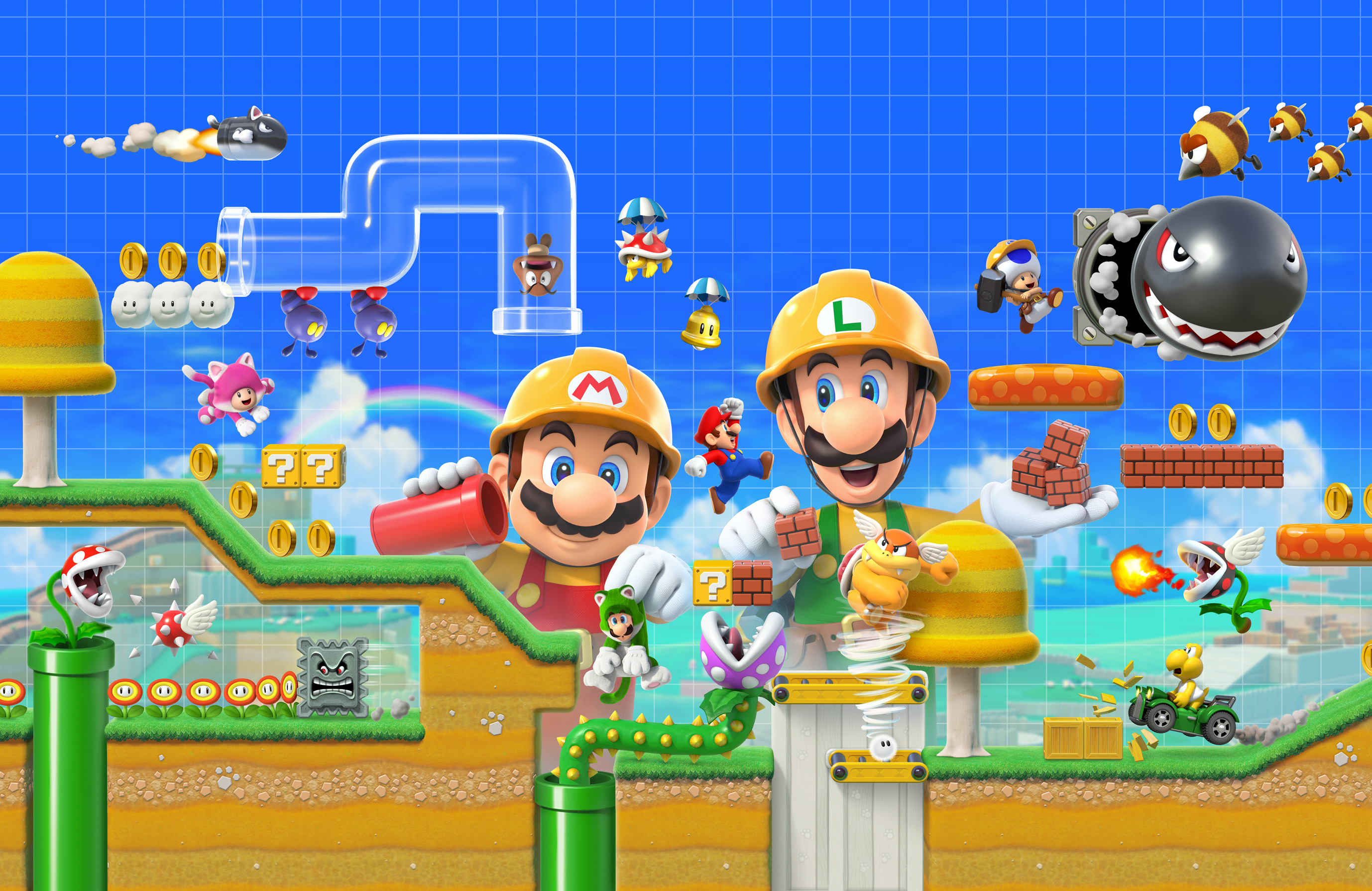 Sam Nason takes a look at the recently announced Super Mario Maker 2, a sequel bursting with creativity and charm

Sam Nason
Section Editor for Redbrick Gaming - currently replaying the underrated gem that is DuckTales Remastered
Published at 07:00 on 22 February 2019
Images by Nintendo

Nintendo’s latest Direct presentation featured a number of surprises and announcements – not least of which was the highly anticipated sequel to Super Mario Maker, aptly named Super Mario Maker 2.

The original Super Mario Maker was a level creation game for the Wii U that allowed players to create their own Mario stages, whether in the theme of the original 8-bit Super Mario Bros. or the more modern and expressive New Super Mario Bros U., amongst many others. Being one of the console’s fastest selling games, a sequel seemed like an inevitability for the more successful Nintendo Switch, and now it looks like fans have had their wished granted.

A brief announcement trailer opened the presentation; of particular note from the offset was the increase in customisation, the most obvious thing to improve. Creators are able to place slopes into their levels, making their worlds more dynamic than the static square blocks of the previous game. Level pieces, enemies and blocks are now presented in circular inventory-like screens, an easier and more aesthetic system that places every element at your fingertips. Overall the interface looks much more accessible and delightful to use.

Showcased after were a host of new features and pieces to add to yours levels; customisable Snake Blocks that Mario must stay on top of, the freaky anrgy sun from Super Mario Bros. 3 that swoops across the stage to scorch you, variable water levels in all courses – these features are all in the game, making it the most player-driven Mario adventure to date.

Also shown off was the brand new Super Mario 3D World level theme – somewhat ironically played in a 2D setting. The theme maintains the models and look of Mario’s 3D Wii U adventure but snaps it to a side-on plain, creating an odd but pleasing mixture of the two. Elements from the game are retained and able to be tinkered with in the level creator, including the cat suit, climbable trees, glass pipes and exclusive enemies. The trailer did a perfect job of teasing the playerbase without revealing too much about the sequel. Luckily, fans won’t be dying of anticipation for ages – the title is set for a summer release.

Yet many are already rife with speculation as to additions Nintendo could make to the level-editing application. With 3D World‘s heavy focus on multiplayer, some have predicted Luigi, Peach and Toad could very soon be leaping into their levels as playable characters. Others note the new desert theme for levels and are pointing out the numerous others that could be coming our way soon. Whatever the result, the trailer has already shown Super Mario Maker 2 off to be an incredibly versatile and accessible experience that improves upon the original in every way. The Wii U’s killer app will soon become the Switch’s, and summer can’t come soon enough.