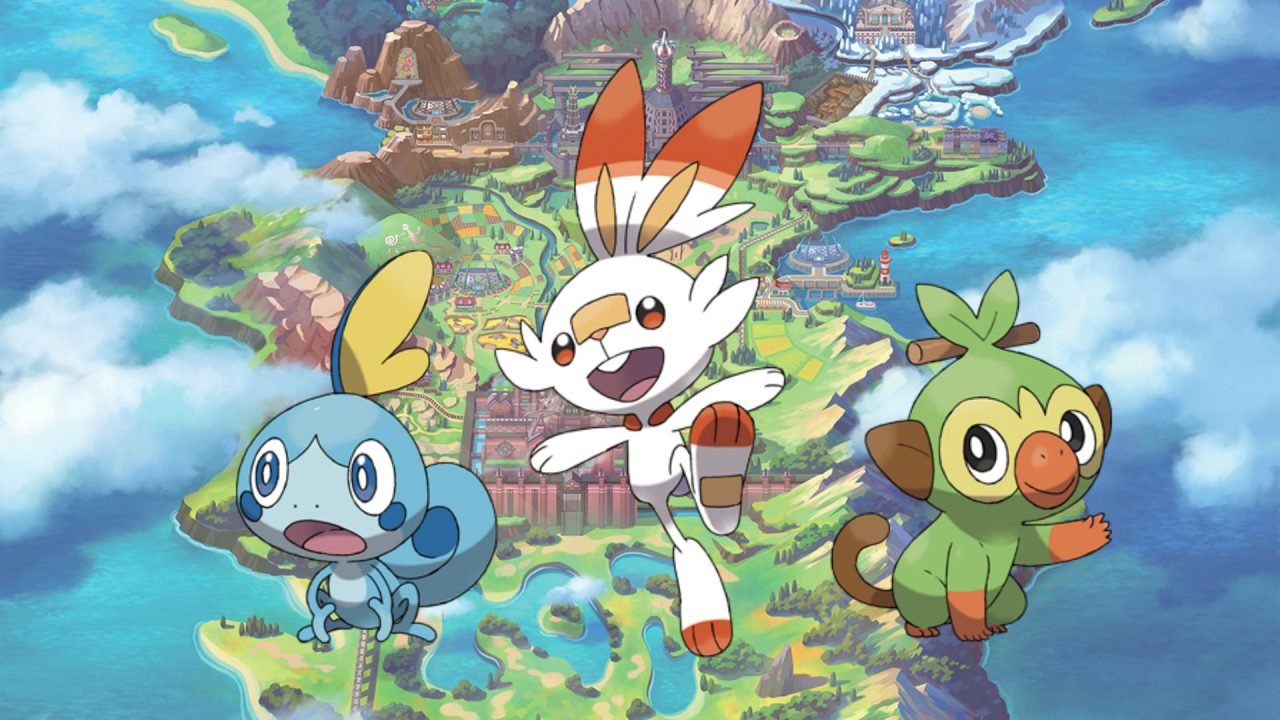 Pokefans Tom Martin and Sam Nason go through the upcoming instalments in the Pokemon series, trying to contain their overwhelming excitement

The two newest games in the Pokemon franchise, Pokemon Sword and Shield, were announced Wednesday in a Direct video. A brief three-minute trailer was presented, showcasing the all-new Galar region and some of the Pokemon that inhabit it. With that in mind, Redbrick writers Tom and Sam have furiously taken to their laptops in excitement to give their thoughts on Pokemon’s latest entries, and to speculate on what we may see from the games in the future.

It finally happened, we are finally getting a Pokémon region based on the UK… or so we think.

The evidence is strong however that ol’ Blighty at the very least provided a framework for the Galar region. For example, the – presumably – central town in the first trailer seems to show a heavily industrial town – presumably London – featuring a large clocktower – presumably Big Ben – and, according to the world map, a large wheel – presumably the London Eye.

London isn’t all Britain has to offer however, alongside the cities, the trailer also showed off ‘idyllic countryside’ featuring hill figures – designs principally found in the UK – reminiscent of the Uffington White Horse or the Cerne Abbas Giant. Trainers shown also seem to be sporting blazers and short ties which should be enough to send any British player back to fourteen years old.

There are a few notable differences between Galar and Britain, however. For example, we see a train actually moving in the trailer. There is also a noticeable lack of Greggs and bald-headed bikers campaigning outside them about the introduction of a Tepig-free sausage roll. Obviously however, we have only seen one trailer, these things may be explained in the future.

Regardless of its inspirations, the Galar region has a beautifully fresh look to it that I can’t wait to explore and learn more about in the coming year!

If the Galar region is indeed based on the UK, it would make sense to suggest that the new starter Pokémon represent Britain’s three main exports: athletics, music and anxiety.

Scorbunny appears to represent the first, introduced in the trailer hurtling through the seemingly London-inspired city. Sporting a small plaster above its nose, reminiscent of nasal strips most commonly worn by athletes, as well as being described by director Shigeru Ohmori as ‘always running about, bursting with energy’, the evidence is great that we will be getting a fiery, fast and attack minded starter in the red-hot rabbit.

The grass type starter, the last to be revealed in the animated trailer, Grookey is a small chimp-like cutey defined as ‘as a mischievous Pokémon full of boundless curiosity’. The little monkey was introduced banging the stick in its hair(?) against a rock, theories are rife as to whether this alludes to sport e.g. cricket, or more commonly: music. If the latter is true, it is my pun-based hypothesis that in this evolution line we’re in store for a more all-round grass and rock type Pokémon.

Last but by no means least we have Sobble, a lizard-like creature with the ability to turn invisible. The starter’s worried expression, as well as Ohmori’s description: ‘a bit timid, shooting out attacks as it hides itself in the water’, has made Sobble an instant fan favourite, triggering parental instincts in fans across the world.

Overall however, there is very little we can confirm about the new trio, only that they’re good, and that I love them.

The world of Pokemon has never looked so vibrant as the one Sword and Shield present. More reminiscent of the 3DS’ Sun and Moon as opposed to the more recent Let’s Go, the trailer depicts countrysides, castles and cities, bursting with character and charm. Refined and sharp, the game looks to incorporate the more proportional look of Generation VII with the more advanced hardware capabilities of the Nintendo Switch, making for an experience that is enjoyable both on the big screen or in the palm of your hands.

While obviously not as demanding as Breath of the Wild, the graphics are extremely suitable and partner beautifully with the sprawling world of Pokemon. Of particular note was the Pokemon battle footage shown; Pikachu was outlined and shaded more dynamically, as opposed to the more natural and ‘realistic’ look of the Pokemon in Let’s Go. This has led many fans to draw a comparison between the game’s look and that of the anime, making for a truly unique but fulfilling art style. If the (albeit small) bit of gameplay we’ve seen is any inclination, the game is bustling with delightful environments and draws a nice divide between the look of the Let’s Go series and the main one. We may have only just been introduced to the games, but more gameplay cannot come soon enough.

No series has a backlog of impressive features, unique challenges and diverse gameplay like Pokemon does. With this, however, comes the inevitable disappointment of old things missing to make way for the new. A recent case in point would be the oversimplification of Pokemon Let’s Go, with many criticising the lack of additional Pokemon, absence of wild Pokemon battles and a disappointing post-game. Which features, then, are fans nervously anticipating making an appearance?

Perhaps most popular would be the Battle Frontier. Last seen all the way back in 2009 in Pokemon HeartGold and SoulSilver, the Frontier boats several different facilities that challenge trainers to compete and battle in a multitude of unique ways. Adding endless replayability to the games it features in, the reimplementation of this feature would be a delight for many fans to test their skills in, new or old alike. A shot at the end of the trailer revealed a stadium-like building trainers can enter, leading some to speculate it may be a facility akin to the Battle Frontier before it.

Another feature sorely missed was that of your Pokemon walking alongside you. Showcased most recently in Let’s Go, the feature was a nice personal touch that resonated with many fans on their journeys. It may very well be making its return but is to be a surprise later on.

It’s an inevitability Sword and Shield will introduce a number of exciting new features while pushing a few older ones aside – but with the hardware and the wealth of extras to draw on from past games, these newest Switch entries have the potential to be the greatest Pokemon games yet.