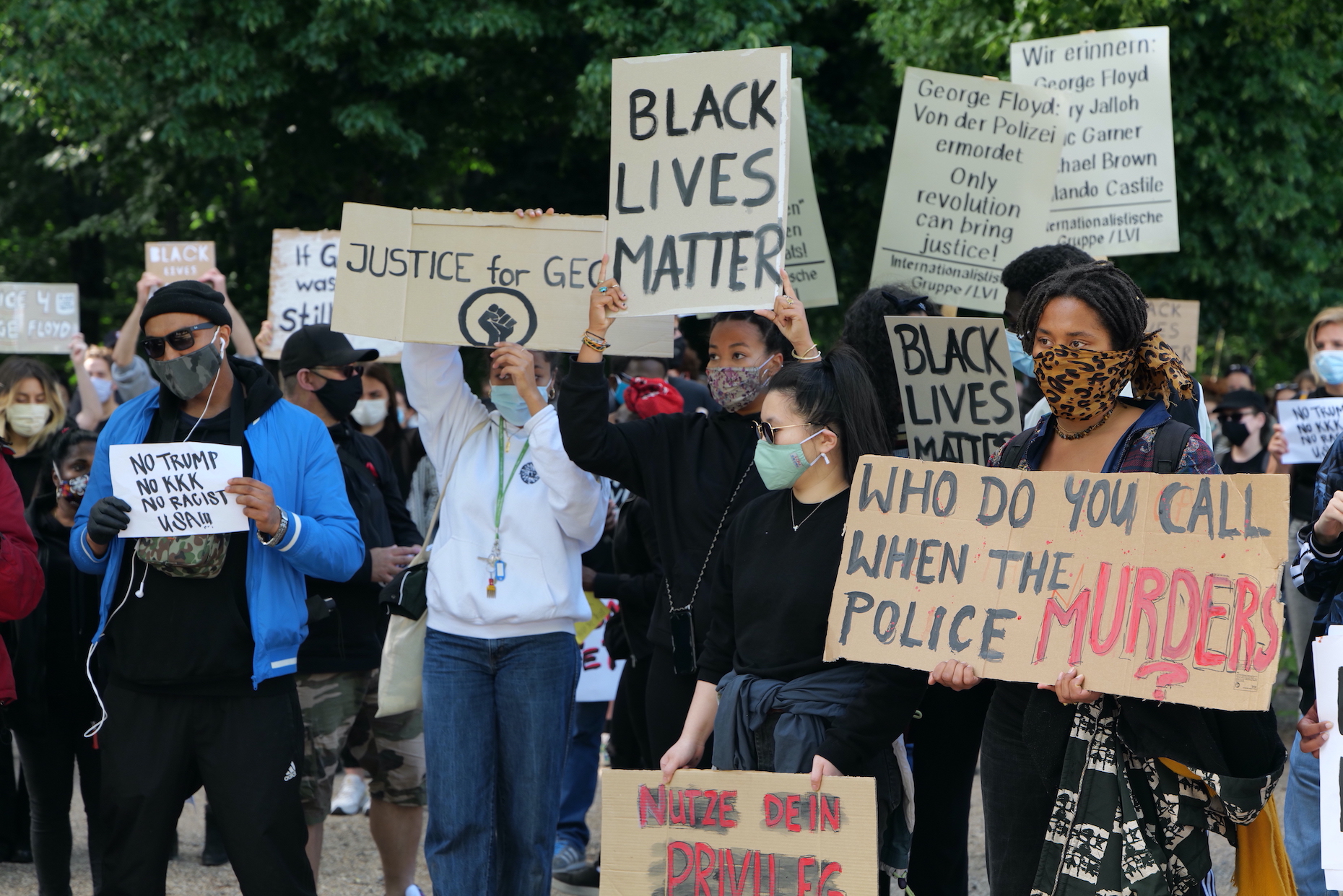 Comment Editor Chelsie Henshaw reflects on the social media reaction to BLM protests, particularly one she attempted to organise in her own town, suggesting the same outrage is not found at those flouting social distancing in other ways

Written by Chelsie Henshaw
Published at 15:00 on 18 July 2020
Images by Leonhard Lenz

In recent weeks, following the death of George Floyd, we have seen many people choose to break lockdown rules to protest against systemic racism. Yet, this has led to the outrage of many on social media who have berated those attending protests. However, there has seemingly been less outrage directed at those who are generally flouting social distancing rules daily, for example, by going to the beach. At what point do we acknowledge that this heavy criticism of the protests comes from a place of bias and ignorance?

First of all, let us acknowledge that yes, protests can increase the spread of coronavirus: any public gathering is likely to do so. However, protests are not as dangerous as many have made out, and there are many things that can be implemented to reduce risk. If protesters wear masks and try to maintain a reasonable distance from others, the risk becomes much lower. Additionally, the fact that protests typically happen outside helps to lower the risk of the contagion. Also, evidence suggests that crowds that are mobile are safer than those which are stationary. So yes, there is still a risk whilst protesting, yet these can be drastically reduced by following these measures. Also, before we criticise those protesting, we must think about why they are. It is likely that most of those partaking are aware of the risk it carries, yet still participate due to the severity of police brutality and institutionalised racism.

Throughout this recent period, during which the protests have taken place, we have seen many others break lockdown rules, for example, sunseekers. Recently, during the hottest week of the year, thousands flocked to the beaches, seemingly flouting social distance rules. Beaches which seemed to be hit the hardest included Bournemouth, Brighton and Southend. Pictures of these beaches show the complete lack of social distancing, with people packed together like a tin of sardines. Surely, the protests are much more justified than those enjoying a beach day. You would think so, yet the posts on social media do not seem to suggest this.

At the start of June, myself and two friends attempted to organise a protest for BLM in our majority-white town. I say attempted because we were unable to go ahead with it. We adopted every measure possible to ensure social distancing, yet the local police informed us we would be unable to go ahead with the protest due to concerns about the virus. The postponement of the protest, however, is not the issue I am trying to raise here. When first organising the protest, I posted the event on the local Facebook page for our town. The post was met with a torrent of outwardly racist comments alongside concerns over social distancing. The post was taken down a few hours later by admins due to the number of racist comments. Reflecting on this experience, I believe there is a lot to be said about the reaction of those in my town towards protest, as opposed to the disregard often taken towards those in the bustling highstreet and those travelling to the already packed beaches.

Throughout lockdown, I have watched those in my town completely disregard lockdown rules, continually putting themselves and those around them at risk. Before the lockdown rules were eased, I witnessed many large group gatherings; a ridiculously busy high street and certain individuals wasting police resources by going into a nearby river. However, it was not often that I saw any complain of this or express concern towards the obvious health risk. In contrast, when I suggested a socially distanced protest, many jumped to the conclusion it was irresponsible. What does it say about our society that many are concerned more by a local, socially distanced protest but not people breaking lockdown rules daily? I can understand some concern about the risk of the virus being spread through protest, but once again, there are many precautions that can be taken to minimise these risks. When the majority of concern surrounding the virus is centred around protests against police brutality, it suggests that racism is even more ingrained in our country than we thought.

Additionally, Boris Johnson himself posted on Twitter that ‘people have a right to protest peacefully & while observing social distancing.’ So, why does it seem as if many are following everything else he is saying, whilst still condemning protests? Johnson himself does not seem to agree with all action taken by the BLM movement, claiming he would not allow the removal of the statue of Winston Churchill, yet even he apparently accepts the necessity of protests. Whilst I urge those who are not anti-racist to research the widespread issue of institutionalised racism, even if they remain stuck in their views, they must refrain from perpetuating the dangerous cycle of media bias. It helps no one.

Personally, I think those representing the government, but also the general public, should be quicker to condemn the general flouting of lockdown rules, as opposed to the much-needed protests. More needs to be done to ensure people remain sensible as we ease out of lockdown. For example, perhaps the government must close off some beaches. I think this may be a necessary step to take if people keep disregarding social distancing. In fact, Health Secretary Matt Hancock has warned that the government is in its right to temporarily close public spaces, such as beaches, if people continue to disrespect social distancing rules. I think more action like this needs to be taken as opposed to the constant criticism online of rule-breaking.

Essentially, it seems clear to me that there is a media bias surrounding protests, but also that more needs to be done for those not breaking lockdown for an important cause. I hope that in the future people will become less quick in their judgement of those protesting and more critical of the simple lockdown rule-breaking around them.

Protesters Toppling Statues: Rewriting our History or Redefining our Pride?