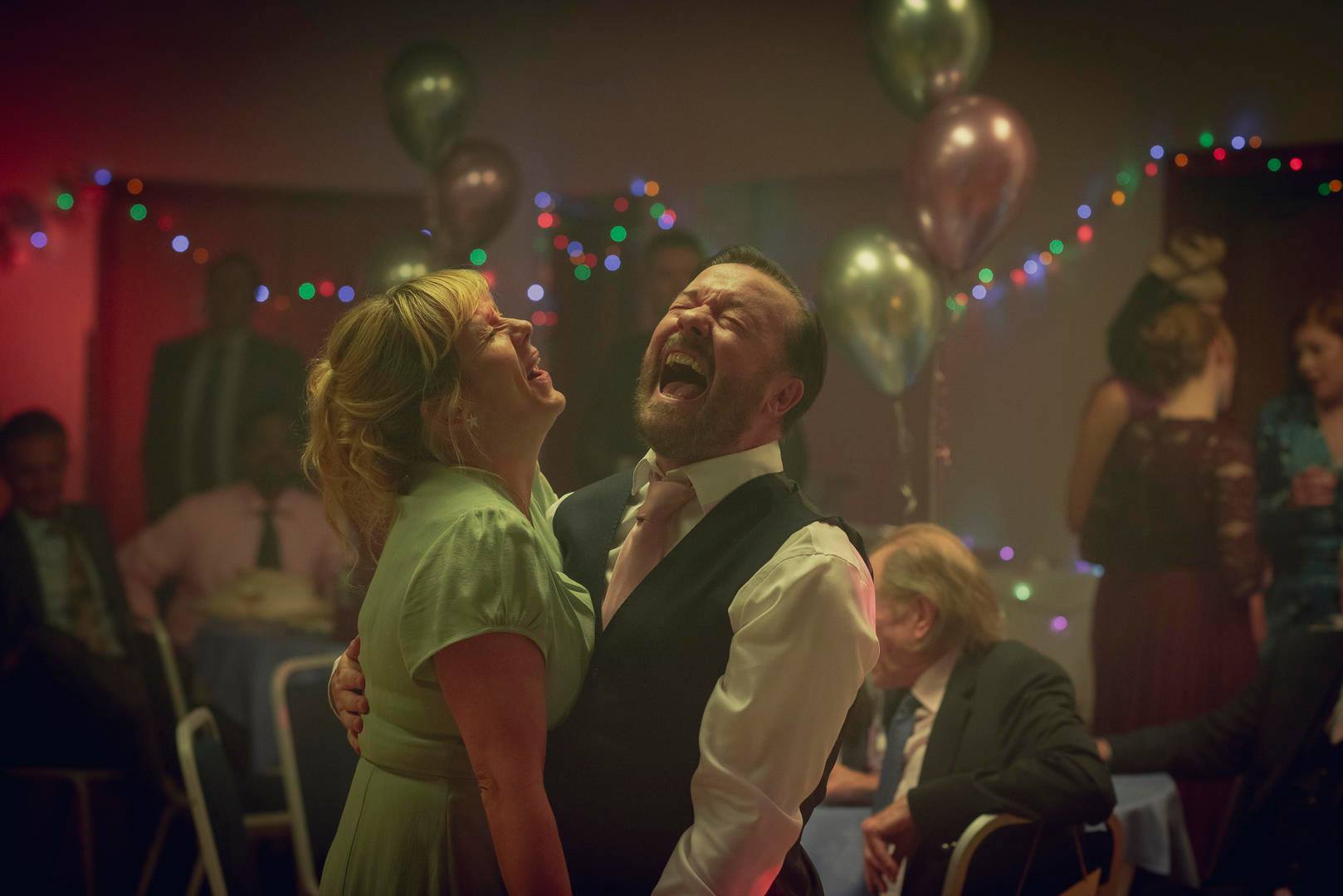 After Life’s second season fails to live up to the first, but there are still plenty of reasons to give it a watch, argues TV Critic Sam Wait

After Life, the dark comedy produced, directed and starring Ricky Gervais, enjoyed an incredibly successful first run, being the second most-watched series on Netflix in 2019. This April, Gervais returned as the title character Tony Johnson, who is still grieving from the loss of his wife, Lisa (Kerry Goldliman), to breast cancer. We revisit Tony who has given up ‘doing and saying whatever he wants to people’ no matter how much it might hurt their feelings. Instead, this series focuses on Tony’s development of the relationships around him, as he wants to give something back to those who helped him.

Although the first series ended hopefully with Tony going on a date with nurse Emma (Ashley Jenson), this series picks up with Tony’s love for Lisa showing he is not yet ready to be with someone else, leaving the pair’s relationship stuck in a ‘will they/won’t they’ scenario. However, a central plot or thread-line throughout the episodes has never been harder to find. Despite the set-up, that Tony wants to repay those who have helped him, this does not feel like a driving force for the series as much as an afterthought. The jeopardy of the Tambury Gazette, the local newspaper Tony works for, is only realised halfway through the series, so cannot be called the overall plot point. Disappointingly, the second season of After Life is a shadow of its former glory, as Gervais retraces the messages he made in the first series, leading critics to question whether a second series was necessary at all.

As well as the aimless plot,  the humour is far from the intelligent, nuanced and character-driven comedy Gervais is capable of. Instead, as soon as the humour begins to resemble Gervais’ trademark dry wit, it lapses into crudity, cheap gags and more swearing than you can shake a stick at. This is especially jarring paired with Tony’s grief, as more sensitive, melancholic moments transition to this lazy comedy rather than more authentic laughs. Granted, Gervais’ has always included such outlandish characters in his sitcoms, but in this series, there seem far too many, and they couldn’t be more out of place.

The screenwriting is also uncharacteristically weak, as character development and motivations – albeit the motive to fill up screen time – seem to have been completely abandoned.  Despite the in-depth characterisation of the last series, Gervais’ characters now appear to exist solely for cheap gags or mechanisms for sub-plots which do nothing to feed into the overall plot. One dishonourable mention is Paul Kaye’s awful psychiatrist, whose consistent verbal abuse towards his paying clients, disbelief of mental illness and obsession with sex jokes verges on ridiculous. Despite the heartfelt moments surrounding Tony, everything else seems geared up to make lazy, predictable jokes. Disturbingly, the heavy exposition and crude humour in this series begins to resemble the comedy Gervais actively satirised in Extras.

However, some of the characters Gervais writes still stand up to scrutiny. In particular, the fellow widow Anne (Penelope Wilton), the sex worker Roxy (Roisin Conaty), and the loveable Postman, who is, of course, named Pat (Joe Wilkinson). These characters alone make After Life‘s second season worth a watch. As well as this, Gervais’ acting and depiction of Tony is particularly strong. Gervais accurately portrays the relentless nature of loss, as facets of life that never disappear but continually plague the present. This is portrayed beautifully through the heart-warming videos of Lisa, his late wife, which frame each episode. Gervais’ astute observations on love and loss are tangible, relatable, and heart-wrenching. These great scenes display the potential this series had, if only it had had a closer edit.