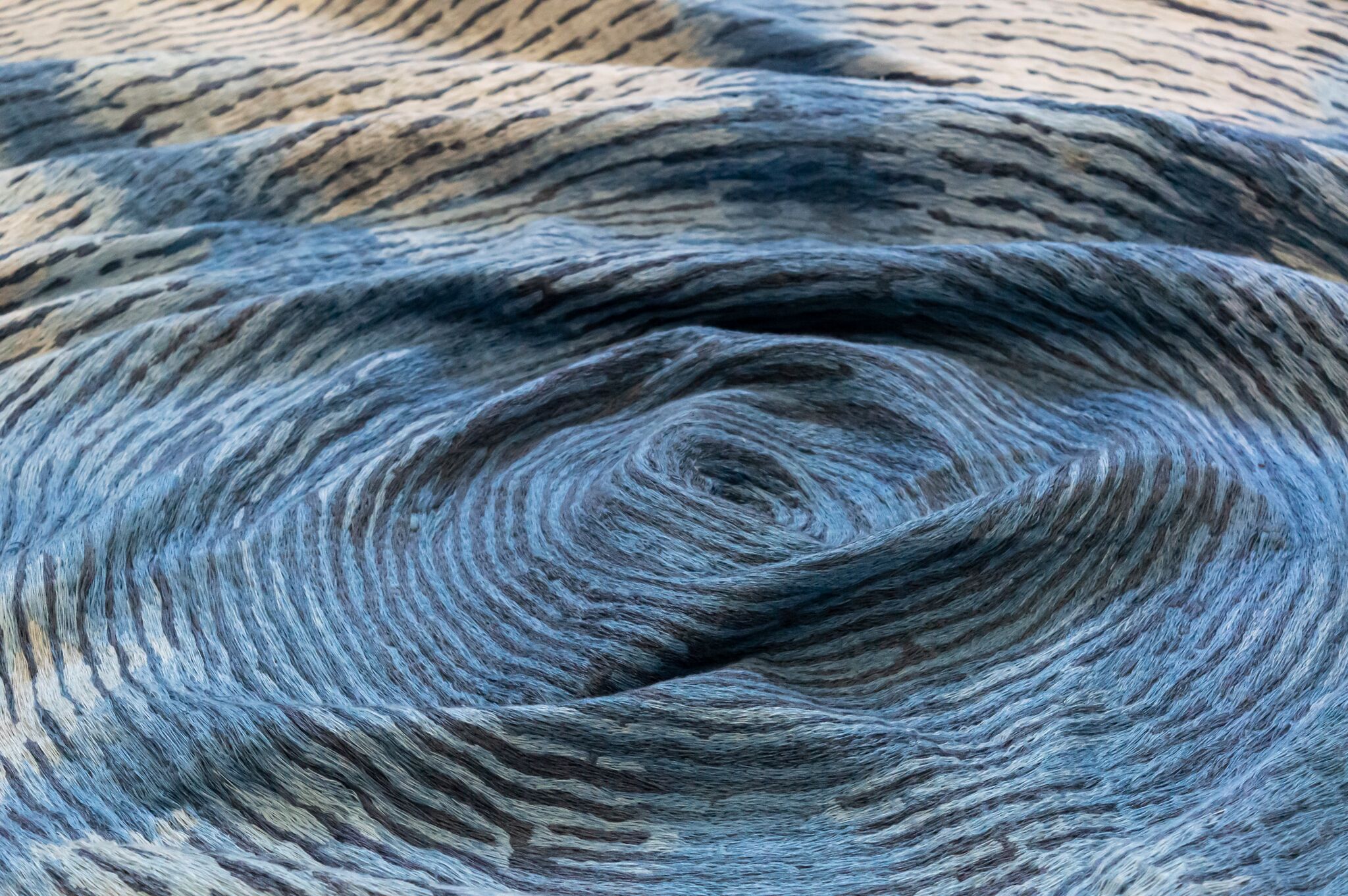 Written by Zlatitsa Markova
Published at 09:00 on 1 December 2019
Images by Ikon Gallery

In the Tower Room of Ikon Gallery sits the beautiful exhibition of Italian artist Claudia Losi’s project Being There, a two-part project conceived and realised by the artist in collaboration with Italian arts collective Colletivo Amigdala.

The piece called ‘Poli Antarctici Constitutio’ (2019) is displayed for the first time in Ikon and it features an intricately embroidered silk cloth. It depicts the Antarctic as represented by Athanasius Kircher in Mundus Subterraneus (1664), a scientific textbook which portrays the Earth’s geography through textual description, as well as lavish illustrations.

Losi has fabricated her artwork over a period of nearly two years by a group of twelve women, none of whom professional embroiderers. Most of them were her friends and casually attended the studio to have a little escape from their routines and their collective work appears to carry the stories of these women in every stitch. The blues and whites of it seem as if they are moving in circles before you and are really able to transport you to a calmer place.

The exhibition kicked off on the 18th of September with an art performance. Colletivo Amigdala is an artistic group who typically use voice as a medium in spite-specific performances and they activated Losi’s exhibition through a performance along Birmingham’s canals. Using ‘Slow Boat’ as a stage, the performers interacted with local singers along the towpath, creating a quasi-spontaneous choral dialogue.

In this manner, both the performance and the artwork are in conversation, ironically, about conversation. Sharing stories and time with people and forming a community through that, seems to be the key theme. The silk cloth as an artwork, provides us not only with an aesthetically pleasing piece, but a story of multiple stories through the fabrication process which we learn about.