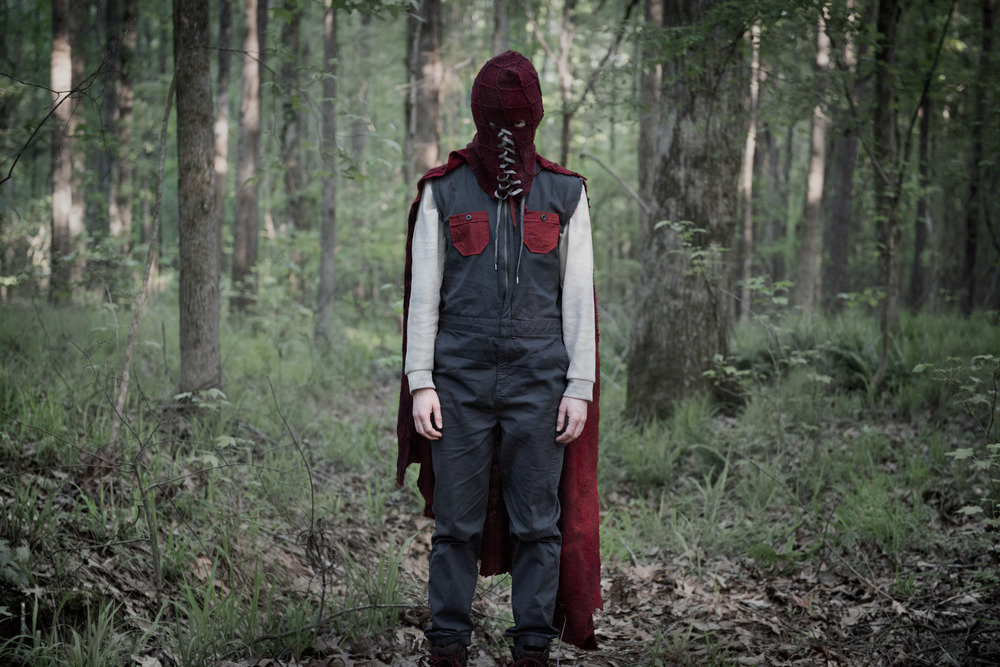 Film Editor Matt Taylor revels in the superhero-horror genre fusion of Brightburn, but finds the characters leaving more to be desired

Matt Taylor
Third year English student and Film Editor with the capacity to geek
Published at 13:00 on 24 July 2019
Images by Sony Pictures

We all know the story of Superman. An alien from a dying planet crash lands on a farm in Kansas as a child, where he is raised and taught how to control his abilities and use them for good. That story is the same as Brightburn‘s – but here given an inventive twist. Rather than deciding he wants to fight for truth, justice and the American way, orphaned alien Brandon Breyer struggles with his powers and the morality of using them … and ends up fighting for the wrong side.

The ethics of a character like Superman have been dealt with before (see: Injustice or Zack Snyder’s Man of Steel), but never has the character been taken into the depths of the horror genre – and that’s something that Brightburn does particularly well. Its horror elements are undoubtedly intense; the film’s final act is edge-of-your-seat stuff, and Yarovesky never shies away from gruesomeness. Two highlights see a character being entirely eviscerated, and Brandon besieging a closing diner. While these individual moments work extremely well, we never particularly believe Brandon’s turn to the dark side until the film’s closing moments. At 90 minutes long the film is on the short side for a superhero movie, and as a result the beginning moves along too quickly. In instances such as these, it feels as though Yarovesky is ticking boxes rather than developing Brandon’s character: ‘Here’s something that would annoy a loner kid, let’s show it and then move on.’ Many of these moments feel rather artificial, and as a result of this shoehorning, our connection with Brandon is never quite as strong as we need it to be for us to believe in him completely. I never thought I’d say this, but in this particular manner, Man of Steel has more depth.

Nevertheless, Brightburn is relatively grounded thanks to excellent performances from Elizabeth Banks and David Denman as Brandon’s adoptive parents, Tori and Kyle. Banks shines especially in her more emotional moments, always feeling sincere and earnest in her love for Brandon, refusing to believe her son has turned evil, despite all evidence to the contrary. Her transition from love to fear as she realises what Brandon is capable of is particularly palpable, and we really do root for her survival by the film’s climax. Denman puts an equally good shift in as Kyle, who is admittedly more sceptical than Tori is, and for good reason: he witnesses first-hand more of Brandon’s capabilities than Tori does, and quickly becomes scared of his own son. His arc culminates in a fantastic sequence that carries with it a massive heart – no small feat for a movie such as this. But the villain of the piece is what we’re really here for, isn’t it? Jackson A. Dunn is the man behind the mask, and he does a mostly solid job of humanising Brandon. There is a lot of pressure on him, and the script doesn’t do him many favours, but despite that he mostly carries it very well. There are a handful of funny facial expressions here and there, and some of his dialogue feels stilted on occasion, but Dunn does a good job of developing Brandon as much as he can with limited material.

As a whole piece, Brightburn does an excellent job of merging its two parent genres, even if it doesn’t quite go far enough into Brandon’s psyche. The horror elements are undoubtedly present, and excellent. The scene where Brandon pays a visit to his aunt and uncle is particularly tense, and the entire finale is wonderfully evil, going to great lengths to show just how much of a threat Brandon is thanks to his powers, while also culminating in a fantastic character moment that feels perfectly in line with where the film has been pushing him. But the superhero stuff is here too: a mid-credits stinger teases more ‘heroes’ in this world, while elements of Timothy Williams’ forgettable-but-effective score feel directly lifted from Man of Steel in what feels like a subtle wink to the more attentive members of the film’s audience. There are also some beautiful moments of cinematography; almost anything relating to Brandon hovering ominously above the ground is a stunner – think of the Batman v Superman shot where Clark hovers above Bruce with his glowing red eyes, but actually menacing, and you’ll be able to imagine what we have here. Also a static shot of Tori hiding in her kitchen as her house crumbles around her feels especially brutal – we can see all the damage taking place, but are utterly powerless to help.

It just seems a shame, then, that for everything Brightburn does well, it feels as though it never goes far enough with its premise. Perhaps another ten or twenty minutes dotted throughout the film would have helped massively: just a handful of scenes showing why Brandon starts acting out on his own (what actually compels him to stick his hand inside that lawnmower?), or how his school issues really affect him, beyond just causing him to act out and hurt someone. Yarovesky never quite carries the film as far as he perhaps should, and we can’t help but feel gutted at that fact.

But even despite this, there’s plenty of fun to be had with Brightburn – if your idea of fun is seeing various people cower in terror from a superpowered kid they’ve upset. It’s a solid romp, anchored by brilliant lead performances and a consistently intense atmosphere. All the more annoying that that atmosphere is ruined by the presence of that Billie Eilish song as the film finishes, robbing the ending of any of its intensity. You’ve got it in your head now, haven’t you? There. Now I’m the bad guy.

A fantastic idea that admittedly could have been executed better, Brightburn is nonetheless a fresh, original and exciting addition to the superhero genre that takes endless joy in playing maliciously with the legend of Superman. A longer runtime and more depth would have done it the world of good, but it’s impossible not to take at least a little pleasure in seeing someone with the powers of the Man of Steel brought into our own world.