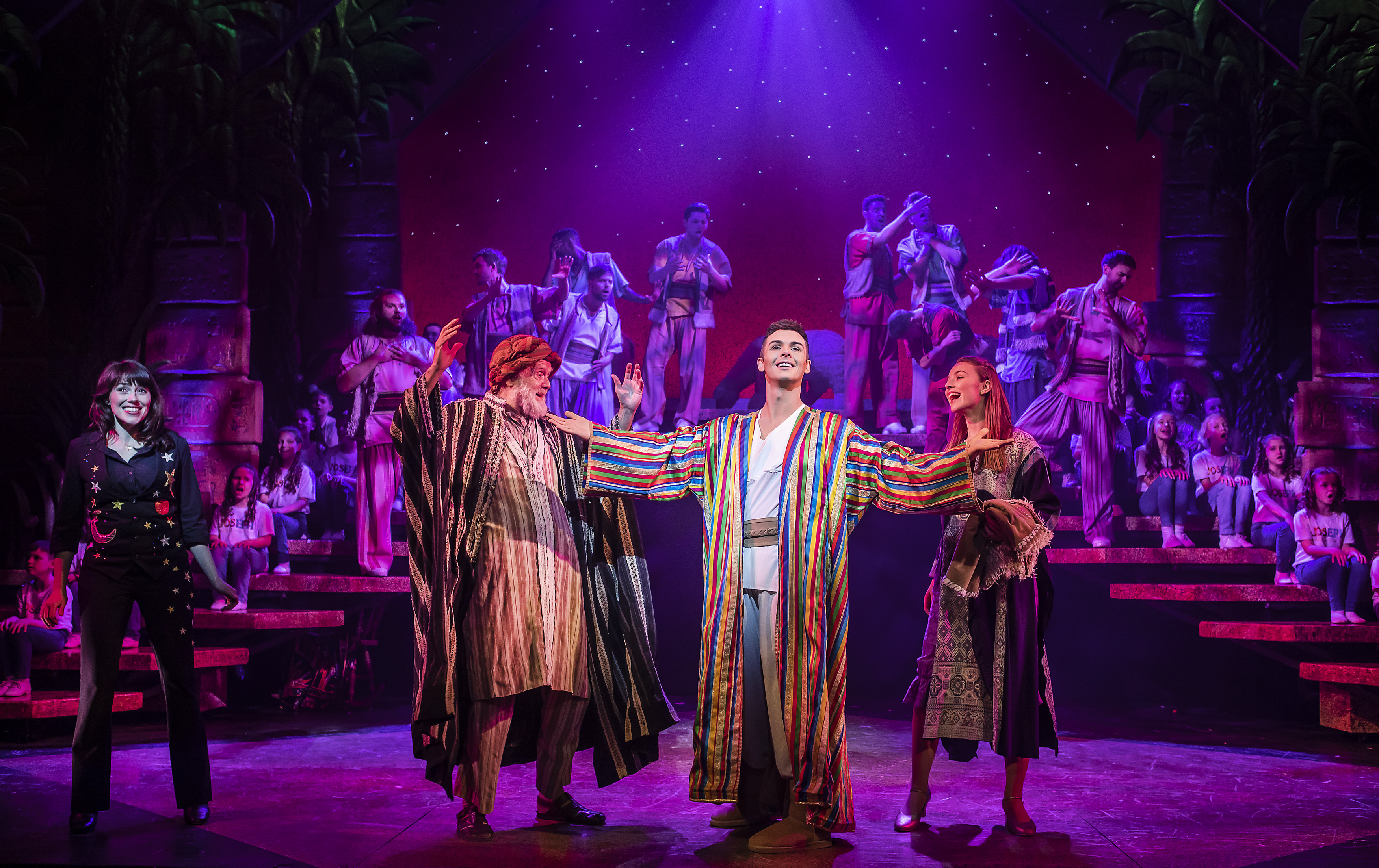 I always forget how much I love musical theatre, and how happy it makes me. The Birmingham Hippodrome’s production of Joseph and the Amazing Technicolor Dreamcoat was no exception. From the moment the bright introductory chords and dazzling lights filled the auditorium, I couldn’t stop beaming.

Every detail proved that this was an extremely high-quality production. The cast and crew had clearly worked hard to make the show as fluid as possible, and it certainly paid off. Gary Lloyd’s choreography was sharp and energetic throughout the entire show, and I found myself amazed at some of the moves being performed. I commend the cast for being able to pull off such a varied range of musical genres (and the quick changes that came with those), from the Pharaoh’s hilarious Elvis-inspired songs and appearance, to calypso music during ‘Benjamin Calypso.’

Each cast member was expressive and fundamental to the show. I was delighted to see a BSL interpreter on stage, which was a little triumph for more inclusivity in theatre. The brothers were all individually crafted characters, yet made for a thoroughly brilliant ensemble, as did the choir who provided a lovely vocal backdrop to all the songs. Trina Hill particularly stood out to me as the Narrator, with a beautifully clear and powerful voice. And of course Jaymi Hensley, best known for his work with Union J, was an amazing Joseph. His acting and vocal skills were top notch, and he managed to hit every note effortlessly.

The set was equally as impressive. After an instrumental medley, a screen covered in Ancient Egyptian art revealed an intricate set that could have come straight out of the Bible, yet retained a sense of magic. Whilst the huge golden Anubis statues and Tutankhamun heads were incredible, the use of lighting also made for a spectacular set. White slits of light created a jail as Joseph belted out a heart-wrenching rendition of ‘Close Every Door,’ and the colour of the entire stage corresponded to the lyrics of the classic ‘Joseph’s Coat.’

Joseph is such a feel-good show, and does not take itself too seriously. The anachronisms absolutely make the show, such as American football players and cheerleaders (albeit styled like Ancient Egyptians) in Egypt and the brothers reminiscing on ‘Those Canaan Days’ in stereotypical French costume. Laughter rippled throughout the audience when a ‘thinking bubble’ appeared above Joseph’s head. And whilst the set was very impressive, there were a few chuckles when some stuffed sheep were unceremoniously dumped on stage, causing them to fall over, during ‘Jacob and Sons.’

The end of the show had the whole audience on their feet, dancing and singing along to the ‘Joseph Megamix.’ At the end, Jaymi took a mic and thanked the audience, cast and crew, which was an unexpected but lovely gesture. I left the theatre continuing to smile, and I couldn’t stop singing for the rest of the night.

Joseph and the Amazing Technicolor Dreamcoat will continue showing at the Birmingham Hippodrome until 13th July, after which the national tour will continue until February 2020.