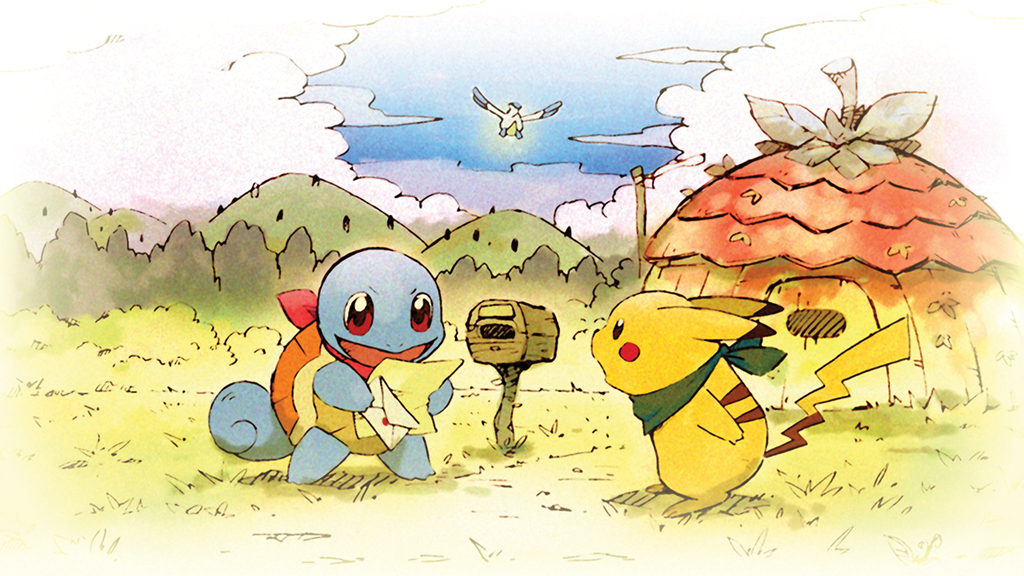 Gaming Writer Kyle Moffat takes a nostalgia trip and checks out the latest Pokemon Mystery Dungeon release – has this remaster evolved beyond the original?

Pokémon Mystery Dungeon: Blue Rescue Team was one of the first games I owned on my Nintendo DS. Being able to play as a choice of amazing Pokémon and going on an adventure with my team – from one to four Pokémon at any time – was exciting, as I pumped countless hours into this game and its sequel, Pokémon Mystery Dungeon: Explorers of Darkness. With the recent remaster of Pokemon Mystery Dungeon: Rescue Team DX on the Nintendo Switch, my excitement levels grew knowing that I could revisit a game so personal to me. Playing the remaster, I can say I am not disappointed because enough is changed to make the experience feel fresh yet enough from the original remains to bring back the nostalgia.

In line with previous Pokémon Mystery Dungeon titles, the gameplay is arguably the most important part. Rescue Team DX is a dungeon crawler, meaning that you venture through dungeons with a number of floors alongside your team collecting items, additional team members and EXP Points. Alongside the dungeon-crawling you will interact with many Pokémon across the journey as well as purchase items to help you. Preparation is definitely important for the harder dungeons of the game, making strategy integral to the players’ success.

As a result of the game’s style, Rescue Team DX can get very repetitive if you let yourself play for hours without a break, more than other titles. As a result, this is a game more suited to short bursts of 60-90 minutes, as this is the best way to remain engaged in the gameplay and the story. If you play in bursts, there is a higher chance of enjoying the title.

Like with many Pokémon games, the gameplay will very much depend on the members you add to your team and the Pokémon that you start with. This is what I very much enjoy from the series, allowing the linear story to contrast the diverse range of choices you can make with your team. As a result of this, the difficulty of certain dungeons will very much depend on your starting two Pokémon. For example, I chose to play as a Machop (a Fighting-type Pokémon) for my journey, with a Treeko (a Grass-type Pokémon) as my partner. This meant that Flying and Fire-type dungeons were a hassle but at the same time, dungeons focusing on Steel or Rock-type Pokémon were less challenging to venture. Unfortunately, difficulty spikes can occur due to type advantages and disadvantages but this is something you can be prepared for. Furthermore, this emphasises the importance of recruiting new team members so you can deal with type disadvantages.

Post-game is another important aspect of Rescue Team DX. Content isn’t scarce so I have no doubt that the game can hook players for many more hours after the main story is finished. You unlock many features, such as the ability to befriend very rare Pokémon and to also unlock brand new missions.

Rescue Team DX – as the title suggests – is largely focused on building your rescue team. This is where some of the greatest satisfaction arises from the game, as you befriend your favourite Pokémon and create the best move set for each team member. Building your perfect team is one of the main reasons to keep playing through the game, as you have the choice of over three-hundred Pokémon to bolster your team with. Add to this the feature to buy camps to store your Pokémon means that Rescue Team DX’s length is extended, taking time to unlock every camp.

If you think this sounds similar to main-series Pokémon games, then you would be correct. In fact – despite being a spin-off game – there are a fair few mechanics that transfer over from main-series games. Type matchups were mentioned previously because they are an important mechanic of this game. There is also the use of held items, strategic turn-based combat and an overlying sense of goofiness – at least in the story – that makes this similar. Resemblances are almost uncanny but also significant to consider before purchasing this game because if you don’t know about the mechanics of main-series Pokémon games you may struggle much more than an experienced Pokémon player.

It should be noted that this is a game for Pokémon fans rather than casual video gamers or those with no Pokémon experience so I would not recommend this as a first Pokémon experience. You must take into consideration that this game has a niche audience before buying as I believe this is the reason why review sites such as IGN and Metacritic have given unfair ratings to the title. Despite rave reviews from those who bought the game, these sites in particular have rated the title poorly – and the entire spin-off series overall – due to having a lack of understanding for the game’s target audience.

Remasters are meant to improve upon the original and Pokémon Mystery Dungeon: Rescue Team DX does this without a doubt. The most obvious improvement arises within the graphics, as I find the 2D and 3D combination very interesting and it makes the game much more beautiful than the original. Many of the landscapes are incredibly enhanced, encapsulating the seasonal effects of certain dungeons as well as showing what the Nintendo Switch can visually offer. Rescue Team DX feels much smoother to play than predecessors by making the game feel less clunky with great animations, often specific to certain Pokémon. Furthermore, the game is much more of a challenge I find than the original, but not an unfair challenge by any means. You can be defeated by a single attack but you are also given plenty of opportunities to level up your team and collect useful items. There are several other changes I approve of but I think they are better for you to find for yourself in the game.

I find the price of this game to be ridiculous, considering it is a remaster. Most shops are charging £50 for this game which I think is unfair, considering that when the Spyro and Crash trilogies were released, roughly £30-£35 was being charged.  If you can pick this up for £40 or less, I would highly recommend, as I understand that £45-50 is too much to ask for a remastered game.

Nonetheless, the improvements are sufficient enough to justify picking up and while there are some minor problems for me, such as the price and the varying difficulty, the experience has been fantastic. Overall I believe this could be a great stepping stone for creating Mystery Dungeon titles in the future that hit the mark, unlike the 3DS Mystery Dungeon games.