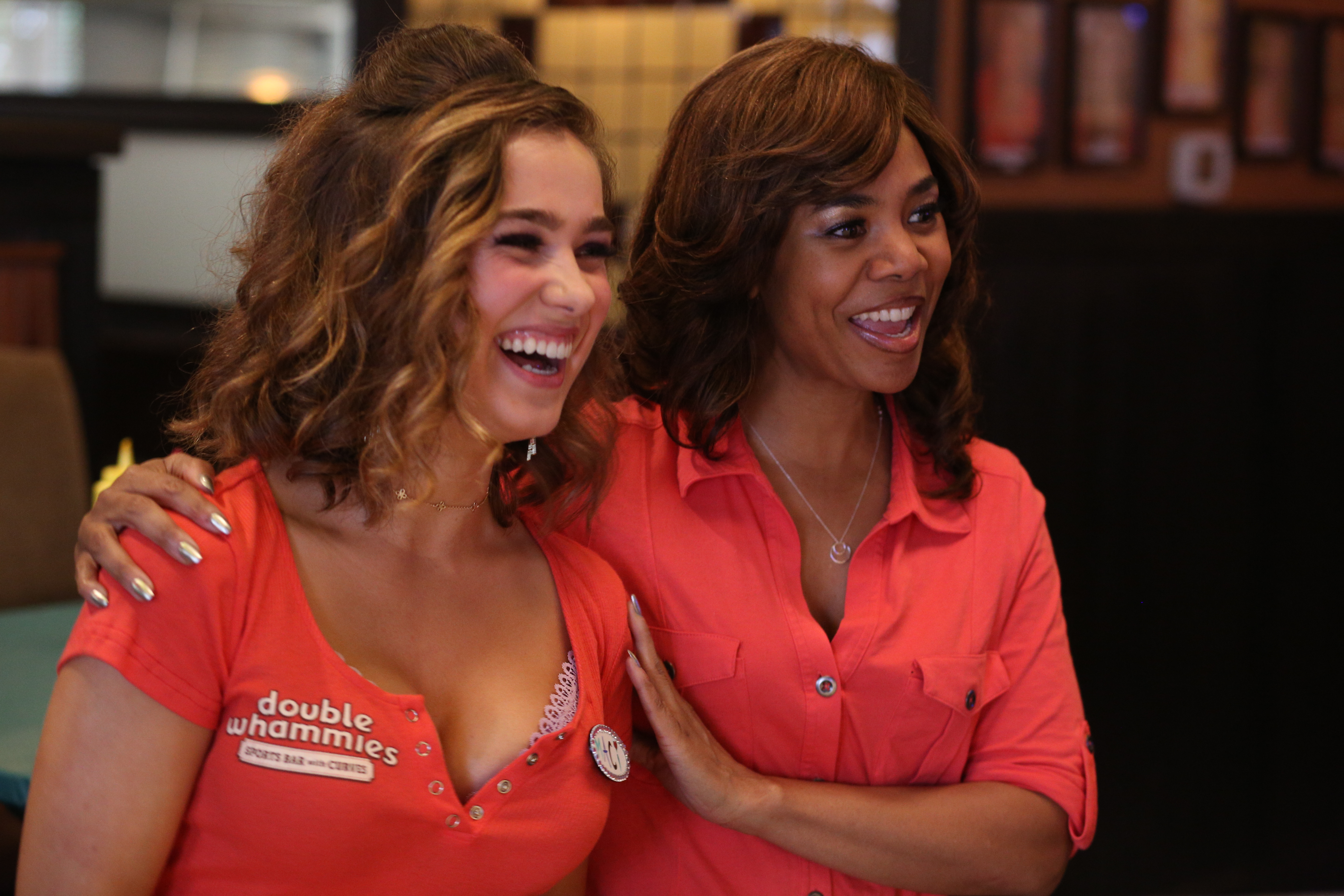 Film Critic Sam Denyer checks out Support the Girls, a heartwarming tale of female solidarity with a glowing endorsement from former US President Barack Obama

Sam Denyer
Politics and IR student with a thing for the Babadook
Published at 09:00 on 1 July 2019
Images by Magnolia Pictures
Towards the end of his second term, former President Barack Obama made it somewhat of a tradition to release his favourite films of the year. In 2018, Support the Girls made his list – quite the recommendation – and if that is anything to go by, he has good taste!
Set over one weary day at a Hooters knock-off called Double Whammies, Support the Girls follows Regina Hall’s Lisa as she tries to solve the multitude of problems presented to her by customers, her employees and the bar’s owner. She has mastered the polite smile, a must given that the bar she runs specialises in cheap beer and skimpy outfits for its waitresses. It is ‘a place for men to be men,’ but Andrew Bujalski’s film demonstrates that it is just as much a place for women to forge genuine relationships and seek solidarity with one another.
It helps that Lisa is their anchor amidst a hurricane of bad jokes, leery looks and racial bias. She dismisses a customer who groped one of her staff with depressing expertise, her modest tone not budging an inch because she knows he will seize upon any chance to antagonise her. Support the Girls really works in moments like these because it leaves room for Hall to show something more in her performance. She is a black woman in a position of authority; she knows that she cannot lose her temper because anger from her is much less tolerable than anger from her white colleagues. The resignation in her face speaks a thousand words, as does her escaping out the back door to scream into nothingness when she has a split second to herself. Perhaps this technique does not go unnoticed: the film concludes with her and two peers (played with charm by Haley Lu Richardson and rapper Junglepussy) releasing cathartic screeches from a rooftop, and we cannot help but feel they deserve it.
Lisa’s stoicism extends beyond work. She is endlessly warm to an employee who cannot find a babysitter for the day and allows her son to sit in the corner and draw while simultaneously trying to find her childcare. A modified Humvee turns up to their car wash and she has the wherewithal to take him to look at the car, knowing it is certainly more exciting than watching his mother be leered at for hours on end. Even more endearing is the purpose behind the car wash: to raise money for a fellow employee living with an abusive boyfriend. A scene featuring the two, later on, show that there are justified limits to even Lisa’s kindness.
This illicit fundraiser is not well-received by the store’s owner. The ensuing argument reveals a tense relationship and their time onscreen ends with him being punched in the gut by a man he was trying to intimidate. The poetic justice of this aside, this dynamic will be familiar to anyone who has worked in an environment with someone as switched-on as Lisa. She is the person who keeps this machine as well-oiled as can be and is understandably angry when her prejudiced boss shows up thinking that he knows better. Yet she also has the advantage of being respected by her employees, one that he does not enjoy. Their anarchic response to his treatment of Lisa is the film’s best comedic sequence and a perfectly distaff rebuttal to such arrogance.
The amusing double-entendre of the film’s title is quickly overshadowed by just how genuine their relationships and the support they give one another feels. The film opens with Lisa crying in her car and, for a long time, we are really not sure why. It eventually becomes clear that she takes so much time for others that she has not been affording enough for herself, like so many mothers, managers and wives. It is a warm message for a warm film, one transplanted from Obama’s vision of American utopia into the reality of the modern day. No wonder he liked it so much.

Support the Girls is as warm as its lead and as funny as its supporting players, carrying a central stoicism which does justice to them all.