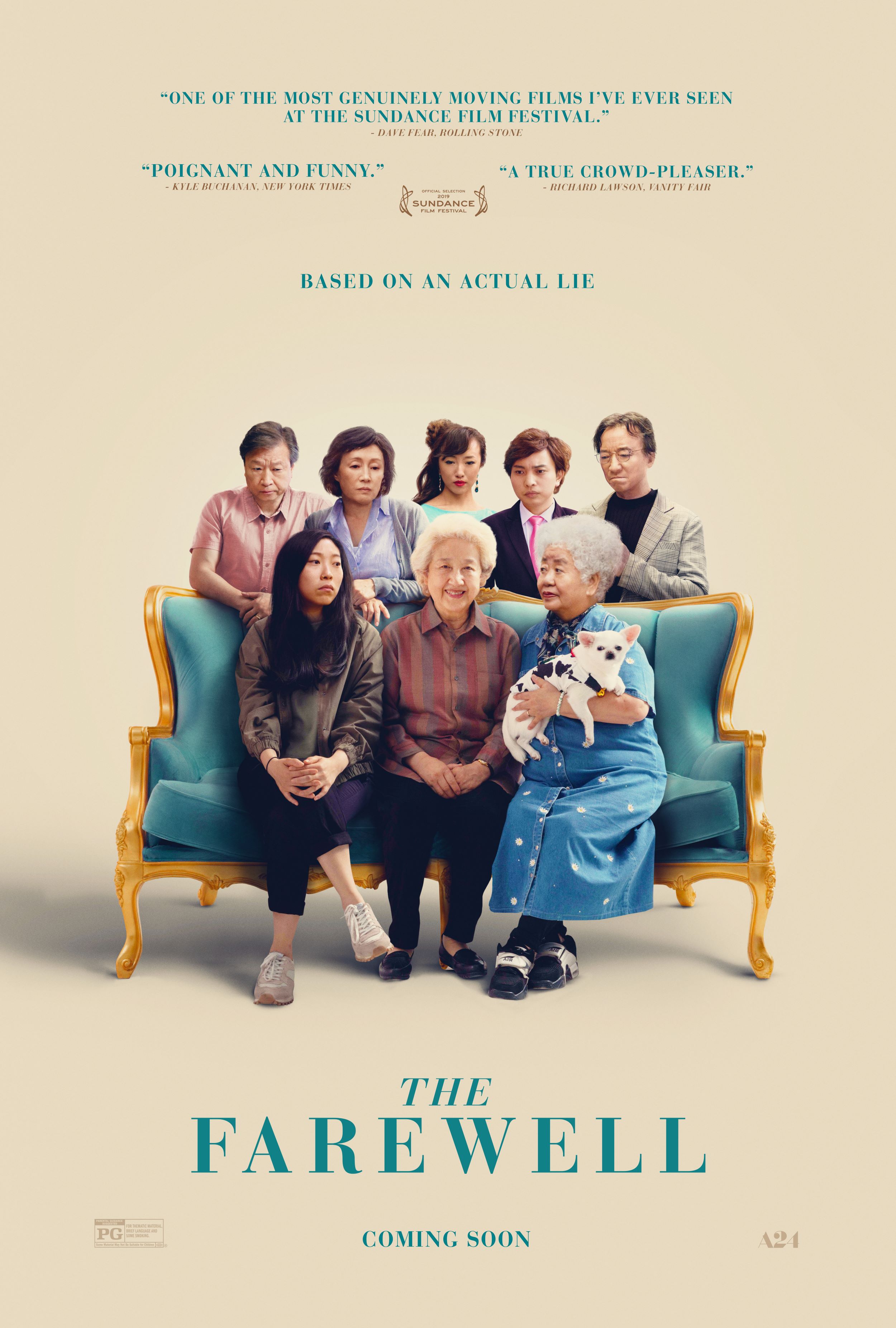 Film Critic Antonio Miguel Aguila is astounded by The Farewell, a Chinese-American co-production that beautifully shines a spotlight on Eastern traditions

Coming-of-age movies have often infused themselves with various cultures as part of their very beings. Blinded by the Light uses its protagonist’s cultural tension as a side piece to focus on artistic ambition. In Into the Spider-Verse, the characters just happened to be diverse. Lady Bird and Eighth Grade, not to dismiss them, are re-tellings of a story we already know. Lulu Wang’s The Farewell cuts through all the bullshit and dives into heavyhearted subjects like death and familial bonds through the guise of cultural conflict never before seen. It is this exquisitely stitched argument between the ways Western and Eastern families choose to live and love that make the film a game-changer. Depending on who you are, this will either be a casually shocking reminder of the way we live and love, or a nuclear bomb of profound cultural insight.

Due to the fact this is a game-changing film I wish not to give anything away regarding narrative, even though its execution is more important than its ending. In its exploration of a culturally specific dynamic, the film is impressively still able to achieve universality. Although from the start the film outlines that it is ‘based on an actual lie’, the poignancy and power behind its truth couldn’t be further from fake. The Farewell reels its viewer into an axiomatic realm of depression and delight, joy and grief, lies and truth, all of which connections sever and renew. So where to even begin?

It would be an understatement to declare how lead actress Awkwafina has now cemented herself as a serious actress. Previously, known for her comedic roles in movies such as Crazy Rich Asians and Ocean’s 8, she boldly ventures to a different genre her fans aren’t acquainted with seeing her in. Though it may seem reasonable to classify The Farewell as a foreign comedy-drama, on the contrary I think it would do it a disservice to categorise this by conventional means. Serving as the voice of outward reasoning in a world of introversion, Awkwafina’s Billi finds inevitable conflict. However, the movie takes its sweet, subtle time for inner conflict to finally erupt. She transforms this distraught, sombre setting into an enchanting journey filled with intertwining strains of both comedy and melancholy. Her role as the familiar outsider aids with the masterful tonal balance established and maintained by Wang.

The protagonist’s accustomed Western extroversion is seen as erratic by her family of strangers, which is perfect. This nuanced film consistently suggests rather than conspicuously expresses. When paired with Awkwafina’s award-worthy acting the need to express becomes ever apparent and emotions leak like a pierced dam trying to prevent a flood. During the highest moments of vulnerability the most pain is exuded, as well as the privilege of bearing other’s burdens. And this is just the forefront. Behind its cover of already deep thoughtfulness you will consistently encounter visually layered frames and surreal humour. The Farewell is packed with emotions: feelings of being the outsider between two worlds, the honour and kindness with sharing pain, uncertainty with the way we raise our children, and so on, are all beautifully displayed. No matter where you are from, this movie will touch you. The fact that these cultural clashes occur without the film ever having to depend on stereotypical clichés exemplifies the film’s general uniqueness even further.

With intimate brushstrokes, Lulu Wang eases us into a real sense of the town, the culture, the habits, the customs, the traditions, the people, the attitudes, the life, and so forth. However, we never get a real grasp of it all. Life and the way we choose what to do with it may become questionable. If you come from a collectivist background such as myself, you may float along the cinematic waves so captured in stillness and beauty that you don’t realise you actually are still. Its very real, experienced moments have paralysed you: not with an overwhelming sense of sadness or glee, but a neutral re-acquaintance with life. For those who have not encountered such a dilemma to a certain extent, or even at all, may be swept, yanked and shoved into various decisions over the course of the film as if riding a rollercoaster. By the end you will probably be a mess, but hey: at least you learnt something. The Farewell leaves behind a lingering taste of bittersweet satisfaction.

The Farewell accomplishes its goal of delivering Eastern ideas to a Western audience. Despite its clear target audience, the fact that it has been written in such a way that people of other backgrounds are able to enjoy it too is what most impressed me about this film. Find me another film that is just as moving that takes such a deep delve into cultural specificity while also being universally viewable.

The Farewell is in cinemas now.

Images courtesy of A24.