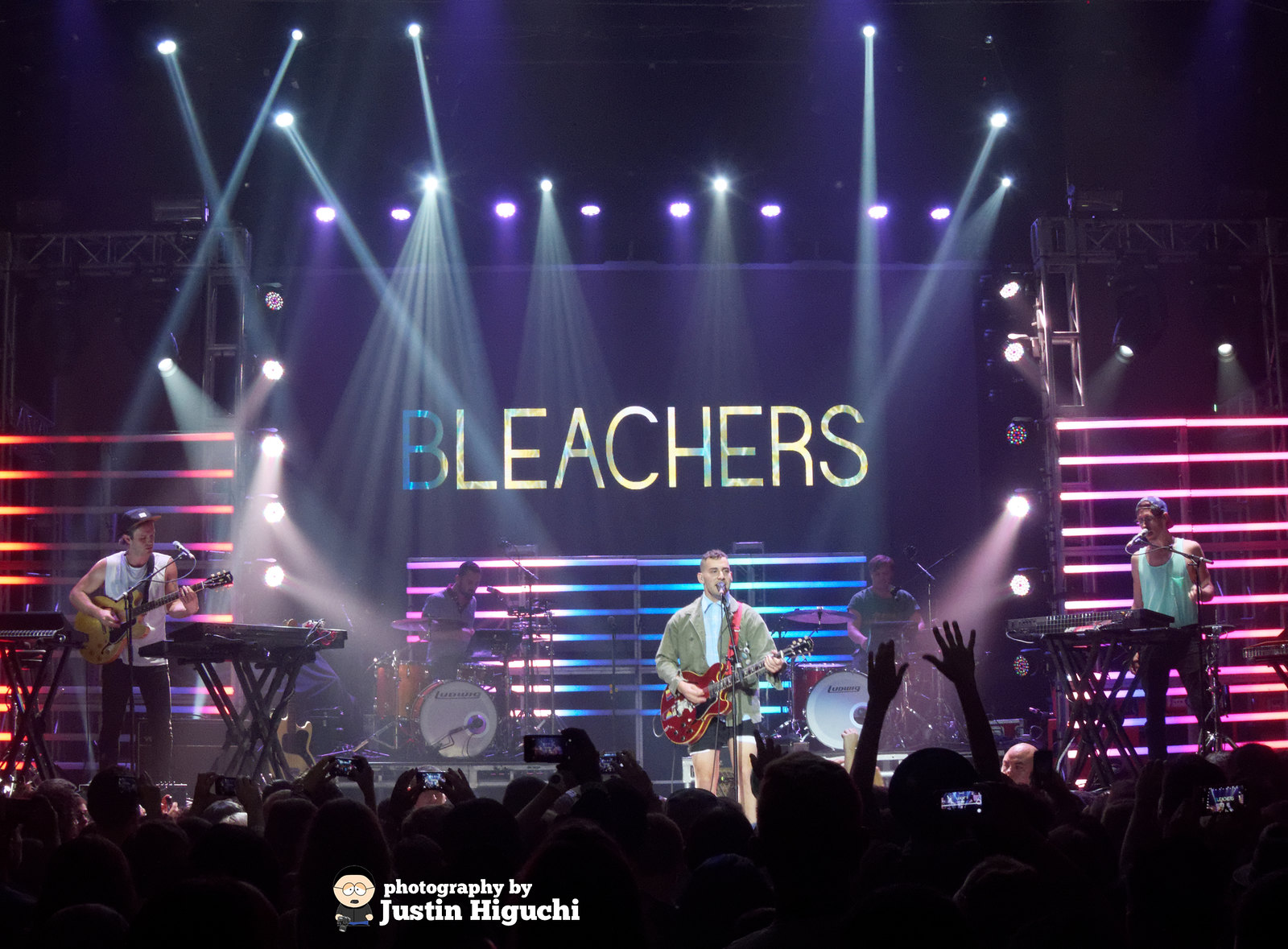 Three years since the release of their last album Gone Now, Bleachers have made a triumphant return to music, enlisting the help of none other than fellow New Jersey music legend Bruce Springsteen. It is a somewhat surprising pairing, but the home state link that bridges the two is extremely powerful, you can tell that this is a massive moment for Jack Antonoff to be playing with his musical idol. Although at times slightly underwhelming, ‘chinatown’ is a song about falling in love and the vulnerability of that, it is a charming moment of atmospheric beauty that will make you feel like you are in a coming of age film.

The song has an entire dreamscape to its sound, as it slowly builds a momentous atmosphere. Led by synths and a really simple but beautiful guitar pattern, ‘chinatown’ has a certain melodic vulnerability to it. The echoes on the vocals throughout add to this entire sense and make lyrics such as ‘gimme that big red light / and take the sadness out of Saturday night’ pierce through. This is a song that is infused with nostalgia and the sensitivity and fragility that comes with it and being in love, but I can’t help but feel like at times, because of this, the pacing of the song is slightly flat.

Yet, to no surprise, the standout on this song is Bruce Springsteen. His harmonies with Jack Antonoff throughout ‘chinatown’ are beautiful, but it is not until the second chorus that Springsteen’s vocals enter fully. This is where the song elevates massively into a bursting of emotion and passion. Each lyric that Springsteen sings lands with an emotional resonance such as ‘but a girl like you / could rip me out of my head.’ The lift that this chorus brings is what makes the song so special, and the cathartic chanting of ‘I wanna run’ cements just the euphoric sense passion that the atmosphere of ‘chinatown’ has been, albeit slowly at times, building to.

In Bleachers’ return they have surprised me. They opted for a more melodic return as opposed to the often-upbeat synth pop production that they are usually known for. Yet, ‘chinatown’ still holds all of the charm that makes Bleachers so special. It lulls in places, and at times feels repetitive, but to no surprise, Bruce Springsteen allows for it to absolutely shine. It is a moving song, both in knowing that this collaboration would have been a dream for Bleachers, but also in the entire soundscape of the song – it will make you feel like you are in a coming of age film.