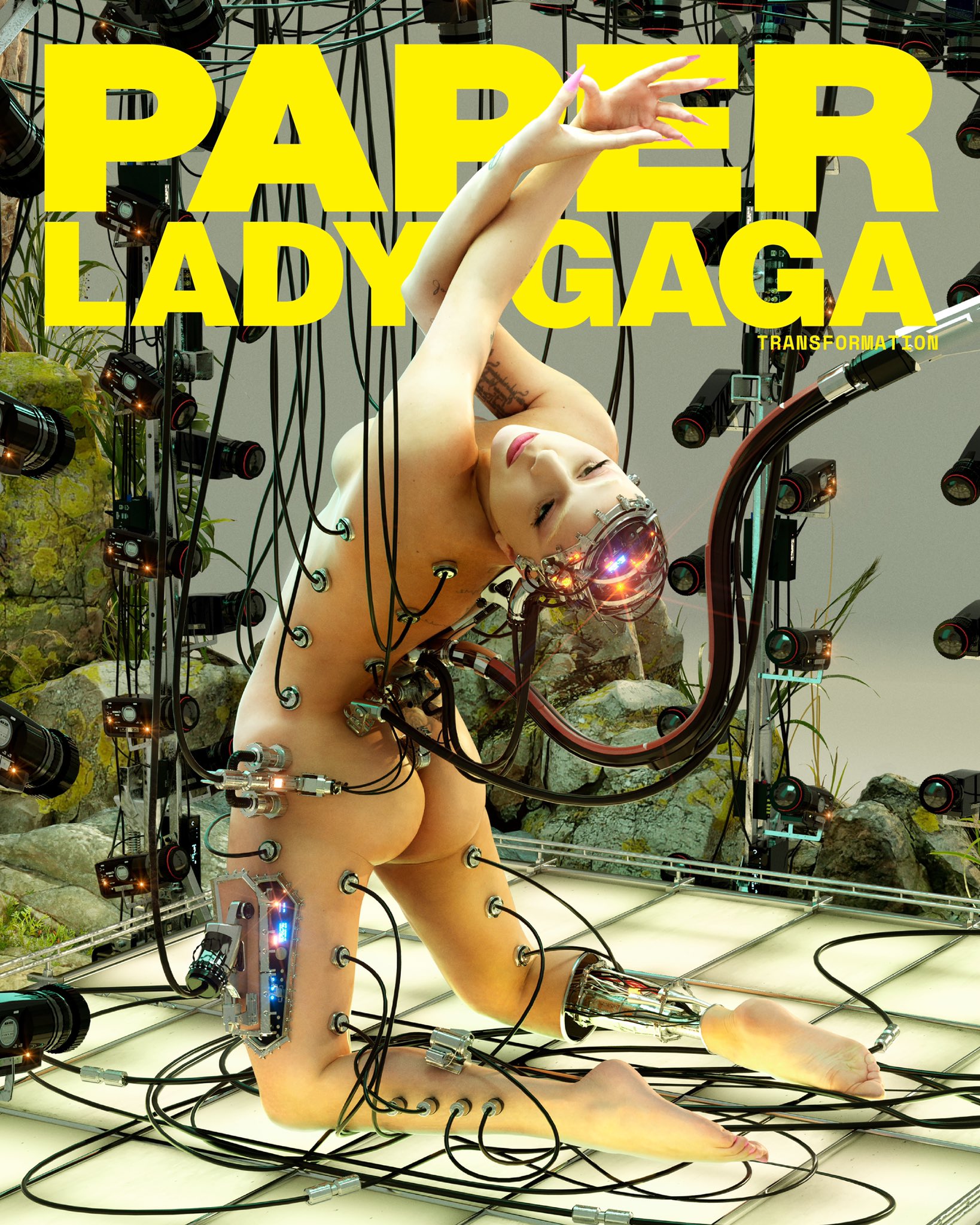 Beauty trends are constantly evolving as people re-make, re-introduce and re-work older trends into contemporary ones. The 1980’s saw vibrant, bold and outlandish trends inspired by New Wave music sub-genre. The 1990’s saw darker, more subdued colours, masculine undertones and metallic hints redolent of matrix-inspired, tech-induced trends. The 2000’s carries metallic intimations into the century, with glossy overtones taking over, while the 2010’s saw bold eyeliner, gold eye shadow and over-lined lips as trends. Current trends take morsels of previous trends, combining them with present ones. With the way that technology is evolving, beauty trends can take manifold directions for their future. From politically charged makeup that combats surveillance methods, to Lancome’s AI that can match your foundation to your skin tone, futuristic beauty trends exist at the forefront of a politically globalised and technologically advanced world, affecting how people express themselves in an increasingly interconnected and tense climate.

Artists around the world are vanguards in futuristic beauty trends as they situate their work within an ever-evolving landscape of technology, art and politics. Recent trends that artists have begun negotiating is ideas of Nature vs Technology and bodily enhancements, calling upon transhumanist philosophy. Academics Calvin Mercer and Tracy J Trothen define transhumanism as ‘an intellectual and cultural movement that advocates the use of emerging technologies to change human traits.’ Entangled in this, beauty trends begin to effect bodily enhancements and transgress superficial means as humans may attempt to alter themselves permanently as people already do with surgeries such as nose jobs.

Artists such as Arca and Lady Gaga have begun envisioning a world in which transhumanism carries the weight of this cultural trend. Arca, a pioneer in electronic and experimental music, recently released a 62-minute single, ‘@@@@@’, accompanied by a dystopian video. She describes the single as a ‘transmission broadcasted into this world from a speculative fictional universe in which the fundamentally analogue format of FM pirate radio remains one of few means to escape authoritarian surveillance’. The accompanied image to the track presents a CGI Arca persona, laid bare on a broken car as her body is hooked, amped and connected to the vehicle via wires and plugs in her flesh. Lady Gaga for Paper Magazine’s ‘Transformation’ issue explores similar imagery, laid out bare while wires protrude out of her body. Both virtual realities created are by artist Frederic Heyman, who ‘uses photogrammetry to stage digital worlds out of relics of the past.’ Heymon’s multimedia practice considers the role of digital technology, and how it can function as a means of projecting ourselves into a future, eternalising our lives through image. Creating digital installations, Heymon stages virtual realities that amalgamate corporeality and technology to immortalise ourselves. Although experimental, I see the likes of Heymon’s work entering future beauty trends in the near future, with an emphasis on preserving oneself through images directed toward a dystopian future, and how beauty can play a part in this. We already attempt to preserve ourselves physically through Botox, and digitally through face-editing apps and photoshop, this is just the step further.

Futuristic beauty trends that might not be so intense and definitely more accessible can be seen through ideas of what trend forecaster Geraldine Wharry calls ‘Privacy Hack’, as people, particularly privacy activists, begin to resist Draconian surveillance methods imposed by governments currently, with Met Police announcing their use of live facial recognition cameras in London. Makeup and digital masks can serve to scramble algorithmic signals that identify faces through measuring the distance between facial features. However, using makeup can disrupt which shadows can be seen on your face and offsets surveillance. In a dystopian future not so far from what Arca imagines, I see camouflage-style makeup as a trend that can offset surveillance methods as we enter into a future that weaponizes fear, curtailing the freedoms we have.

The aesthetic of technology and its impact, although maybe not as politically charged, is present in Rosalia’s recent microchip nail trend. Using translucent acrylics and circuit boards and computer chips, Rosalia invites us to consider new paths for technology, connecting it to our bodies, as extensions of corporeality. In 2016, British jewellery designer, Lucie Davis, embedded an RFD Chip from an Oyster card into a set of acrylic nails, enabling wearers to pay for journeys through their nails. But maybe these chips could block signals? Or restrict surveillance methods? Given the direction technology is already taking us in, it seems the options are limitless.