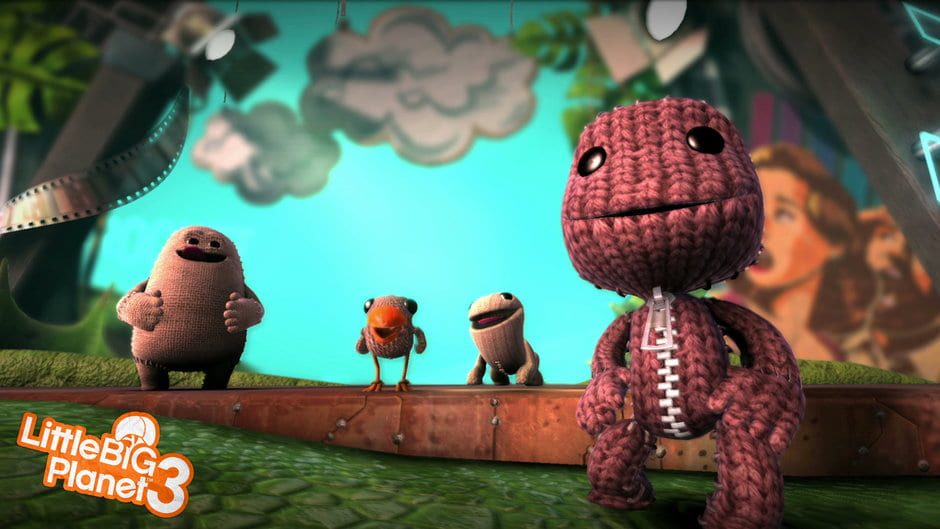 Gaming Writers and Editors weigh in on their favourite multiplayer games, just in time for the summer

So I have the issue where although I have a lot of friends who can play games with me at University, over the summer friends at home don’t have much of an interest in games at all. That’s why The Jackbox Party Packs (Jackbox for short) are perfect for my summer. It’s a game or games even, which don’t play like anything else and because your mates are using their own phones, they’re comfortable with their controllers.

If you aren’t familiar with what Jackbox is, then I urge you not only to go find a group of friends to play it with, but also get Jackbox 2 or 3 to start with. What Jackbox is, is a collection of smaller games piled into a box, as it were, with strange and hilarious premises. Fibbage, for example, is about trying to make up a believable lie and then guessing which of the other answers is actually truth. Turns out most people can’t think of a lie they want to use and instead find the funniest replacement they can. Often times Jackbox games like this fall into Cards Against Humanity territory, so if you and your mates have the same humour, Fibbage is the one for you.

Alternatively if you like something with a little more of a challenge, you can try Trivia Murder Party or Fakin’ It. Trivia Murder Party is pretty much your regular trivia game with the twist, if you don’t win, you get locked in a murder house and perish at the hands of the quiz master. Fun right? Or maybe you’d prefer Fakin’ It. A challenge for you and your mates to work out which one amongst you is trying to fit in despite not knowing what prompt you’ve been given.

Needless to say, Jackbox games are great with a beer and with friends who casually might like the idea of gaming but don’t want to commit to something like Mario Kart or Monopoly. You can play for hours or just minutes depending on your purpose and group of friends. It’s the perfect casual summer game for everyone to enjoy!

A lot of my friends aren’t the kinds of people who spend quite as much time playing games as I do. They have other hobbies. I’m jealous.

Turns out, though, that there’s one thing we have in common. We can all sit down with a cold one and crack out the latest in the Mario Party series: Super Mario Party. A game that relies on nothing but anger and vengeance. It brings back memories of playing Monopoly with loved ones, but amplifies those emotions to an unprecedented level. The hatred you’ll feel for your friends is unparalleled, and it doesn’t stop once the game ends. No, you might’ve won the world’s most bullshit game, but it hasn’t finished with you yet. The bonus stars awarded after the fact truly rub salt, vinegar, and a healthy helping of chilli powder into the wounds your friendships have suffered, giving the win to someone who does not deserve it. I won all the minigames and the stars just so happened to drop in front of you, then you get a free star for ‘moving the least’? Get out of my house.

The game knows that the normal board game style is bound to open up some deeply-rooted psychological issues with your friends though, so included are some less angry modes. A personal favourite to unwind after a tough hour of emotional blackmail and seething rage is the music mode, where the joy-cons’ motion control capabilities whisk you back to the simpler days of the Wii, and get you to dance in time to an electronic remix of the famous underground theme, awarding points for the most rhythmic. It’s the perfect chaser to a traditional game of Mario Party.

This, along with the white water rafting mode, wherein you and friends must work together to row down the rapids as quickly as possible, give Super Mario Party a perfect combination of dumb luck and skill.

Looking for that stop-gap between now and Halo: The Master Chief Collection hitting PC? Splitgate has what you need, with a twist. It takes heavy inspiration from the Halo franchise, complete with power weapons, teams adorned in red and blue armour, and of course, the Battle Rifle. It then, more unexpectedly, draws on Valve’s infamous puzzle game – Splitgate: Arena Warfare is Halo meets Portal.

This simple addition adds a variety of novel situations to the game, and equally many ways to approach them – is someone sitting across the map with a Sniper Rifle? Portal behind them and instantly flank them. Or, portal beneath their feet and let them stare down your barrel at point-blank. Or, set up a portal below you, fall into it, and launch yourself through the air toward them. Picked up a Rocket Launcher? You could aim the normal way, or you could set one portal next to you and the other above them, then rain hell down upon other players from… in front of them. Creativity flows much more freely in Splitgate than most other shooters, and provides one of the most unique FPS experiences available.

My highlight is setting up Custom Lobbies with custom rules to play with friends. My personal favourite is Oddball, another legacy inclusion from Halo, where holding a ball gains you points and the goal is reaching a certain score limit. Our version has a cranked up movement speed and everyone has shotguns, ensuring chaotic goodness every time. Creative use of portals is at its finest here, and allows exploration of the unique combination of mechanics the game has to offer.

Oh, and it’s free, so there’s no reason not to try. And, if I still haven’t sold you yet, you can make a Scooby-Doo corridor with portals.

The heat rolls around for summer and the only place hotter than the blazing sun is the kitchen. So many games are ideal to gather a large group of friends together, have fun and scream in shear panic as fire spreads through the kitchens ruining orders (and friendships). The Overcooked franchise is a delectable mess of chaos. But as a wise man once said in a popular television show, “Chaos isn’t a pit, chaos is a ladder”.

Out of the chaos, Overcooked 2 spawns memorable times, using addictive and frankly bonkers gameplay, a witty charm that gave us some of the best puns in games in 2018 and a bright artistic style making everyone fit for the glow of summer that delights all. Until the orders pile up and the panic starts of course. Whilst the chaos might detract, sometimes friendships are defined in the most testing of circumstances.

This is merely in jest of course. At its heart, Overcooked 2 continues a franchise that is truly lightning in a bottle. A franchise that has an inimitable sense of wackiness, an endless streak of wild fun that is fuelled by a studio in Team17 who share a boundless creativity. With the recently released Campfire Cook-off DLC adding to the game’s already plentiful list of features from its co-op campaign and versus levels, now is an excellent time to jump back into the kitchen, stick on the apron and get cooking away. Whether it be on the Switch or on a PC, the superbly frenetic gameplay keeps the game fresh. Just remember, keep calm and cook on.

It’s unbelievable to think this game came out a decade ago. My very first game for the PlayStation 3, LittleBigPlanet is a creatively charged quest that encourages you to play incredible platforming challenges, create your own, and share them with the entire world. The original has always been my favourite – and it’s a million times more fun with friends.

This game takes place before the complex mechanics of logic, extra layers and funky characters. A simpler time, consisting of building blocks, pullies and enough glue to hold the entire Craftverse together. Bounding through the game’s many story levels is incredibly satisfying and, despite its age, still visually beautiful. The locales found in the title are amazing fun to play with and explore, whether you’re helping your friends to the goal or smacking them off a ledge into the furious fire below.

Of course where LittleBigPlanet shines is its ‘Create Mode’, where you can produce fantastic challenges or experiences with surprisingly intuitive tools. Whether sitting next to you or through the power of the internet, there’s always a way to create together. The sheer versatility of customisation, even in this first game, is truly astounding and puts unlimited potential in the palm of your hands while also delivering on its nostalgic simplicity. With retrospect, players can create some truly amazing things and continue to push the limits of this (admittedly primitive) original game.

While its playerbase may not be as active as years past, created levels still remain, and there are hundreds of gems. Whether tantalising survival challenges, thrilling vehicle exploits or a good old story, enjoying the magic of LittleBigPlanet is always better with a friend by your side. I would wholeheartedly recommend this creative, charming and never-ending series to anybody who wants some tight platforming action and all the imagination they could ask for.