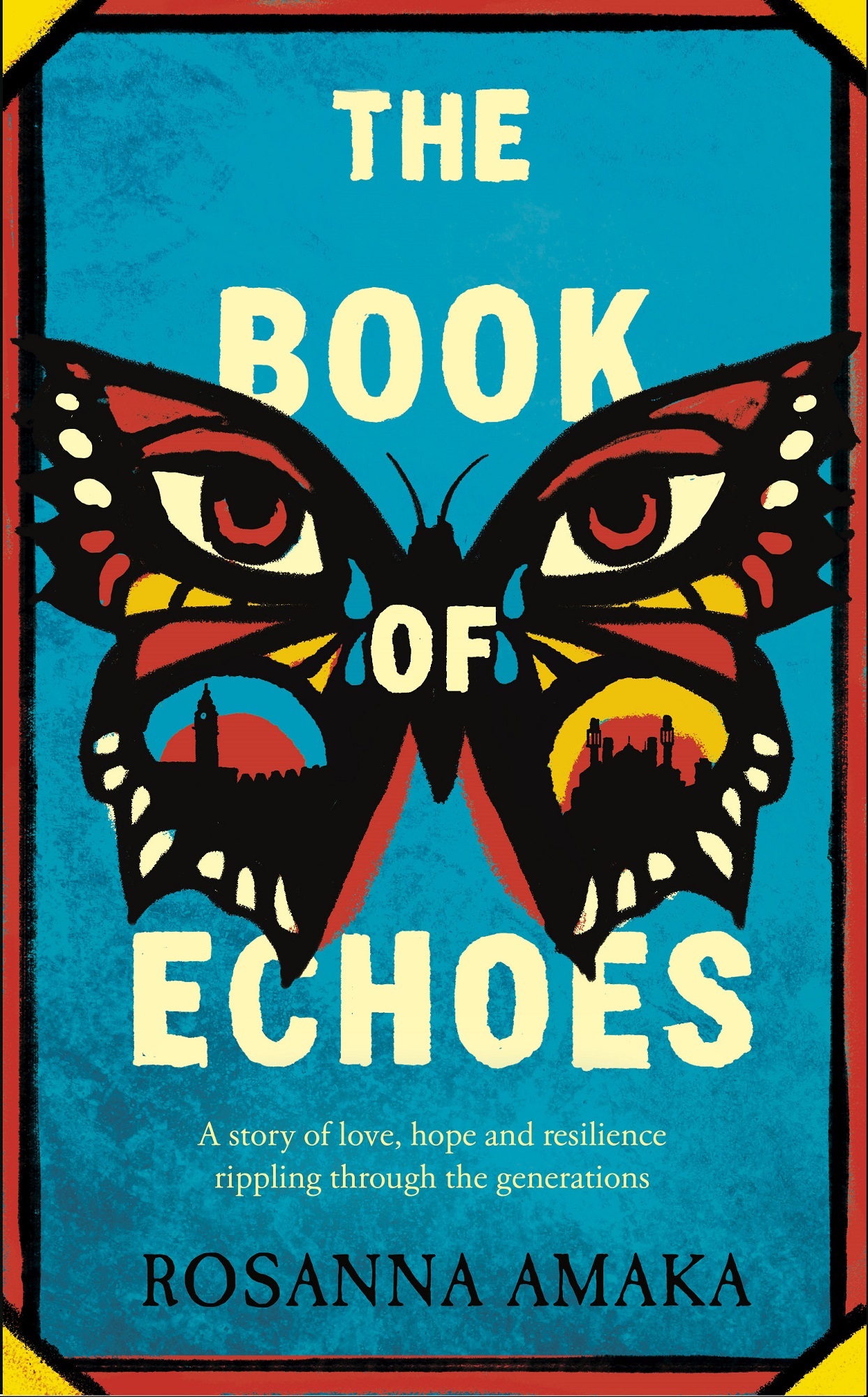 A tale about love, hope and the journey of life: Culture Editor Emily Gulbis praises Rosanna Amaka’s debut novel, The Book of Echoes, as a moving story showing the resilience of two young black adults as they struggle to escape the racism and poverty of their surroundings

In the words of its author, Rosanna Amaka, The Book of Echoes is a fictional story about ‘the journey of life.’ The novel follows the lives and experiences of two individuals: Michael, a recently orphaned teenager in Brixton, and Ngozi, a girl in Nigeria who works in servitude so that she can receive an education.

The novel’s narrator is the spirit of an African woman, who, in 1803, is brutally pulled from the slave ship onto the London West India Docks. Snatched from her African homeland, our narrator is transported on a slave ship, first to Jamaica and then later to England.

Amaka makes her nameless because these ships did not record the names of those they took and enslaved. Instead, these men, women and children were listed as stock or items of cargo. Amaka powerfully uses this woman as the narrator because, in her words: ‘Having her speak and tell her own story in the novel is intended to give her a voice and bring her humanity to life.’

Our narrator scours the world looking for her lost children, but always returns to the London docks, as she longs to know what has happened to her daughter that was snatched from her. It is through the narrator’s watchful eyes that the stories of the two protagonists unfold.

From here, we leap forward 200 years to 1980s and 90s Brixton. Rosanna Amaka chose to set her novel in the eighties and nineties, as she wished to preserve her memories of this period, such as witnessing the increase in Brixton gentrification.

Part I begins with Michael, who lives with his step mum, referred to as Ms Lorez, and his sister Marcia. Michael leads an unremarkable life; he has a job and a seemingly stable family. That is, until the day Ms Lorez is brutally killed and his world is torn apart.

Looking for a means to earn money, Michael turns to his childhood friend Devon. Little does he know the underbelly that he is getting into.

Michael’s story starkly captures the racial injustices suffered by many black men in 1980s Britain. His determination to succeed, both for himself but especially for his sister Marcia, shows an underlying feeling of hope within Michael that continues despite all his suffering.

Not only does Amaka craft Michael with such sensitivity to his feelings and relationships, she also allows us to share in his most private and hidden emotions. In a moment when he is alone, the reader really recognises his courage and the strength it takes for him to put on a brave face: ‘I’ll be okay,’ he says, his left knee shaking. ‘I’ll be okay.’

In part II we meet Ngozi, still in 1981, but many miles away in Nigeria. Ngozi must say goodbye to her mother and her three siblings, with the prospect of only returning for a few week’s holiday each year. Her mother’s guiding words give her determination: ‘With an education things will be better for you- for all of us.’ However, things do not go as planned.

Rosanna describes Ngozi as strong-willed: ‘She came out of the womb fighting.’ Essentially, what keeps her resolved is also what maintains her optimism. As Rosanna tells Redbrick: ‘When Ngozi looks out at her world she sees those immediately around her, she doesn’t have as big a world view … Despite her poverty, she still receives messages that she can succeed from the lives around her.’ For Rosanna, this is what separates Ngozi from Michael; he is much more aware of the obstacles barring black people from success. “He looks out on his world and he is constantly being bombarded with messages, from his direct surroundings, and indirectly through what he watches, reads and generally takes in.’

As the novel comes to its climax, we see the two protagonists meet in a moment that alters the courses of their lives.

And yet this novel is about so much more than friendship and blind chance; it shows the strength and endurance of black people who are courageously able to withstand the most brutal challenges that life can throw at them.

This is the debut novel of Rosanna Amaka. She tells Redbrick that although the story is fiction, much of it is influenced by her surroundings, by ‘the stories I read in newspapers, by things that happened within the communities I lived in, by the politics of the time and so on.’

When asked whether she felt more of a kinship with either of her protagonists, Michael or Ngozi, Rosanna replied: ‘No, I love them both. As the characters were developing, I found myself vacillating between the two but ultimately ended up loving them both because of their individual journeys. I loved Ngozi’s tenacity and Michael’s willingness to take on such heavy responsibilities.’

Poignantly, The Book of Echoes touches on issues of racism that are still prominent in our society, namely, the statues of slave owners that remain in many of our cities. From an early age, the continued presence of these statues, for Rosanna, was baffling.

‘At a very young age I always found it bizarre that people who caused the death, destruction and displacement of so many people were put on a pedestal, revered and celebrated, like the lives of those affected were not important. I always wondered what that communicated to me as a black person about how my life was valued within this society.’

Rosanna encapsulates this feeling beautifully in The Book of Echoes, when the narrator, a victim of the slave trade, contemplates one of these statues.

‘It’s strange to look up into the face of a man who caused your death, infected your life with his disease. I shiver, and listen.’

There is a sense of resilience in The Book of Echoes, which rests on a prevailing hope at the core of humankind. One of the greatest messages Rosanna offers is that life continues and with it hope of future change. As her narrator muses, ‘We have seen so many lives snaking just like this river. Still, we continue, watching the changes, flowing through time.’

Like this? Here are more Interviews from Redbrick Culture:

Art Made Eazyl: An Interview With John Sewell