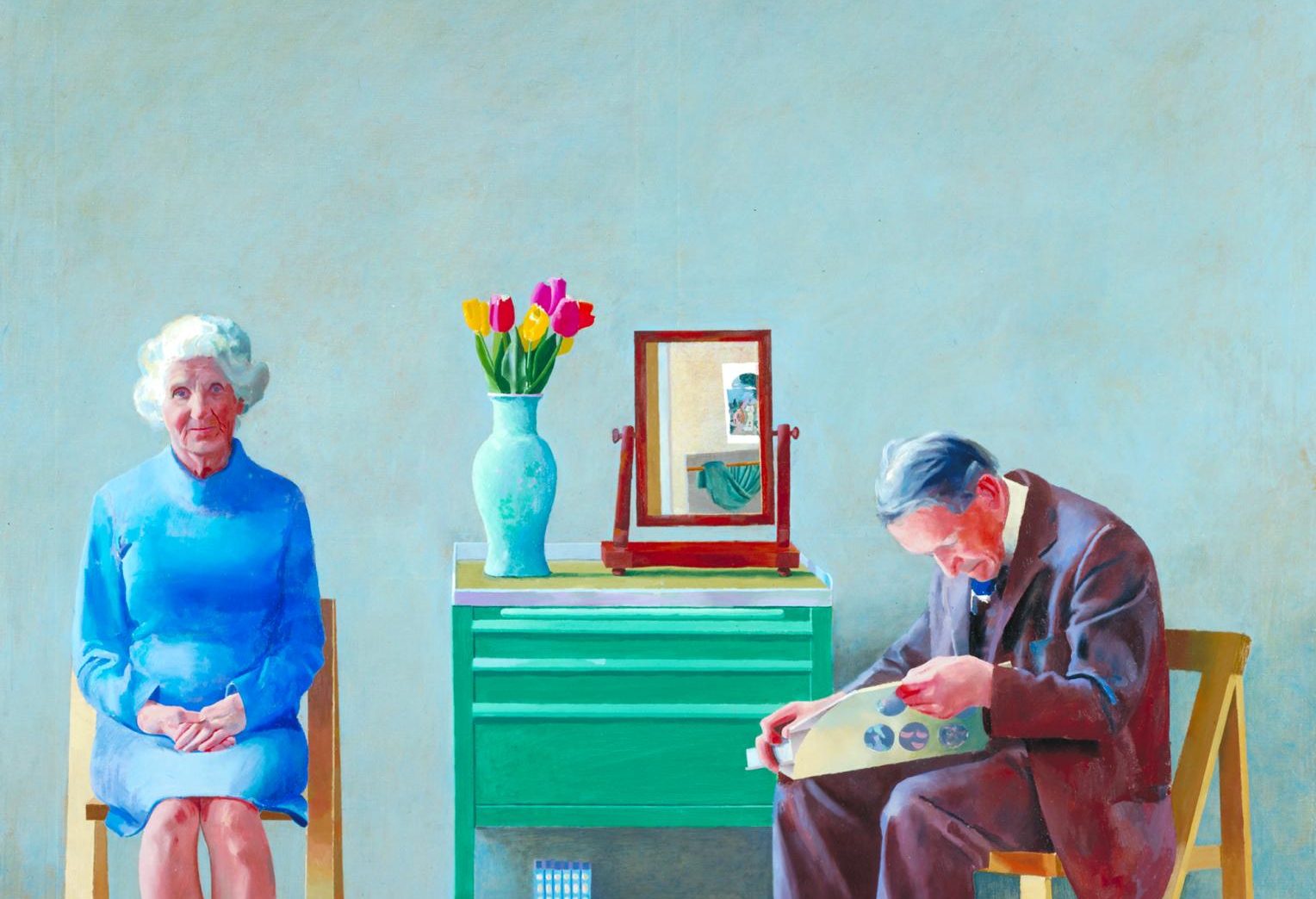 The Everyday Muse: Finding Artistic Inspiration from the Mundane

Culture’s Nadia Sommella discusses how artists have always managed to find inspiration from the most unlikely, everyday sources, concluding that ‘limitations in movement can lead to the greatest strives in imagination’

Written by Nadia Sommella
Published at 12:00 on 11 May 2020
Images by David Hockney , Maggi Hambling , Frida Kahlo

When we think of art we often think of eccentric creative geniuses, gathering inspiration from their wild exploits. But frequently, it is the subjects that an artist sees everyday that become their muse. It is only through familiarity that we begin to notice the intricacies and hidden facets of what we are looking at. Monet painted the subject of ‘Water Lilies’ over 250 times, whilst Frida Kahlo dedicated over a third of her total artistic output to the self-portrait. By painting the same subject, artists can be seen as striving towards perfection, to finally capture the thing that they have been obsessing over, without fault.

For me, this approach reflects quite the opposite view. By depicting the same room, or scene, or face, over and over, the artist can show it in all its forms. By using the same subject matter, the artist exposes the truth – that the subject is never the same. Just as nature changes with variations in light, season and atmosphere, a face can show a thousand expressions and shift, reforming with every movement. For those of us therefore, stuck in our houses, getting bored as the same walls stare back at us each day, how can we take creative inspiration from the monotony of lockdown?

One idea might be to create art of the people you are isolating with. For many of us, that will be family members. Artists such as Maggi Hambling have often returned to the subject of close friends or family. When depicting people one knows intimately, the focus can transition from the figure’s attributes, to the relationship between the sitter and the artist.

The painting of Hambling’s father ‘Father, Late December 1997’, shows him in three different positions, illustrating the passing of time and the multifaceted aspect of human nature.  The artist stated that, “drawing my father was a way of beginning to know him, and I put my feelings about him into the drawings. When he began to paint, I began to know him for the first time and recognized finally my love for him.” [1] In times such as these we are all searching for human connection and empathy, even if it seems more out of reach than ever. Drawing or painting your loved ones can be a way of trying to understand them, of connecting with them without direct touch.

Although the outside world might seem alluring as it becomes more prohibited, many artists look to interior spaces for inspiration. Be it the lonely, isolated rooms synonymous with Edward Hopper, or the brightly coloured, wholesome image of ‘My Parents’ (1977) by David Hockney (see the cover image for this article). Perhaps now is the perfect time to become acquainted with the individual cracks in your wall or the familiar view from your bedroom window, which now takes on a new resonance. We can also look to the ‘stuff’ which fills our homes – @bedroommuseum on Instagram is literally auditing her bedroom, taking pictures of all the things that fill her space, one by one. Every object, be it a piece of rubbish or a sentimental item, is given the same degree of respect. This reminded me of Andrew Tift’s artwork ‘Memorial Painting’. It is a large diptych created after his grandparents’ death which on one side showed their empty rooms and on the other a carefully laid out collection of 26 objects that once occupied them.

The artist ruminated on the work in his blog, writing, “the objects seemed to reflect and reinforce their identity and suddenly these every day, banal items, which in truth, were about ready for the bin had suddenly become incredibly significant and precious.” It raises the question, what do the objects in our homes say about us?

Perhaps the most obvious source of artistic inspiration is the one thing that is with us no matter what – ourselves. The self-portrait is at once both incredibly personal and yet enigmatic. We see our reflection everyday, and yet can never see ourselves as we truly are, from another’s eyes. Artist Frida Kahlo has become inseparable from her distinctive uni-browed face in public consciousness. For Kahlo, turning to the self-portrait was largely due to her own restricted movement. Having survived polio as a child and later being seriously injured in a bus crash, the artist was bedridden for much of her life.

Though the merits of art cannot detract from the severity and hardship many are suffering in the current climate, creativity can be a much-needed escape during periods of anxiety. We only have to look to artist’s examples to see that limitations in movement can lead to the greatest strives in imagination.

For more on Art, check out these articles: