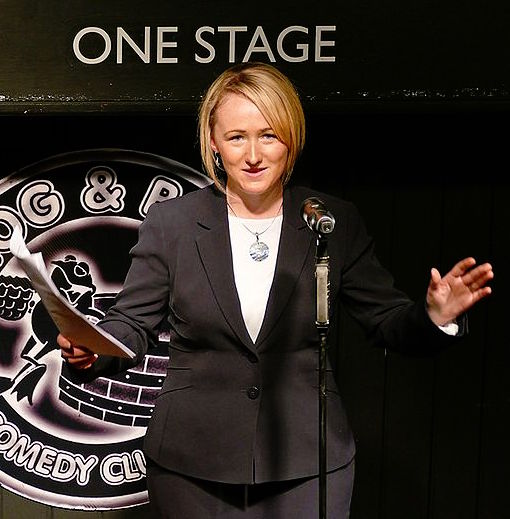 The Labour Leadership Race: How the Left is Treating the Symptoms Rather Than the Cause of Its Crisis

Written by George Shealy
Published at 18:00 on 19 February 2020
Images by Sophie Brown

Since Corbyn’s ascendency to the Labour leadership, the Left’s ambition has been clear: to achieve socialism. But despite claiming to be a part of a movement that represents workers, Labour has increasingly lost and alienated a significant amount of working-class support over the last four years. This manifested itself in Labour’s general election collapse nearly over months ago. Its traditionally loyal northern fortress was knocked down like a tower of Jenga blocks,

despite all the talk of a “red wall” as the Tories hoovered up working-class votes and sealed an eye-watering majority in parliament. Labour didn’t see this coming for the same they lost the election: being completely removed from the needs and opinions of ordinary people.

Much of the response from the Left has pointed to the image of Corbyn’s leadership as the reason for this gap between the movement and the people. Owen Jones’ analysis of the defeat referenced a poll labelling ‘the leadership’ as the main cause of discontent among voters, not ‘the policies’ or ‘the Party’s position on Brexit’.  Ash Sarkar, another prominent voice on the Left, claimed in a rallying cry, ‘this is not Corbynism, this is socialism’. With this logic, the socialist project in the UK is not limited to any one Labour leader, and the general election defeat was simply one lost battle for socialism in its war against Conservatism. This analysis is reflected in the mainstream Left’s desire for Rebecca Long-Bailey, known as ‘continuity Corbyn’, to continue the Left’s march towards socialism as the next Labour leader. Long-Bailey, or Corbyn 2.0, is Momentum-backed, like Corbyn 1.0, and has rated the previous leadership a ‘10/10’. She also claims that she not only ‘agrees’ with the policies put out by the previous leadership but takes pride in the fact that she ‘spent the last four years writing them’.

This is problematic. Much of the Left seems to ignore that the policies the Party supported, and its failure to take a clear position on Brexit, all had a negative impact on the image of the leadership. The issues of policy, Brexit and the leadership are not as mutually exclusive as the Left believes.

Replacing Labour’s leadership would simply be treating the symptoms and not the cause of the problem. The cause is the Left’s hackneyed (pardon the pun) attempt to achieve socialism.

A four-day working week, two billion trees by 2040, free broadband, and an over £70 billion increase on public services, were infamous policies that baffled voters and made them suspicious of the Party. Not only did voters doubt the practicality of these policies, they didn’t even think they could be achieved in a parliamentary term.  More importantly, these policies went against the needs of ordinary people. Why would this demographic want an expansion of the state into their lives when for the past two decades it has increasingly failed to provide adequate public services to help them live day to day? Furthermore, with the last decade of neo-liberalism and austerity having ravaged working-class communities, the Left’s patronising big state version of socialism (Momentumism perhaps?) is failing to answer the question that millions of voters are asking them: ‘how can we get control of our lives back?’. As long as the Left continues to remove personal responsibility from ordinary people, they will fail to provide a better answer to this question than the Tories.

Another reason why voters felt so apathetic towards Labour’s policies was because the Left had made no attempt to prepare them for these policies. You’d be hard-pressed to find Labour’s attempts to mobilise the country’s communities and towns in the name of socialism – because they aren’t doing it. The Evolutionary Process of achieving socialism was shoehorned into one manifesto.

Long-Bailey doesn’t offer much promise of moving away from this stale ideological tradition. After all, she comes from the same shadow cabinet that created this approach, has declared her admiration of these policies, and is supported by the people who have been self-proclaimed Corbynistas for the past four years.

If it wasn’t clear already, it doesn’t matter who the next Labour leader is, as long as they maintain and peddle the same ideas belonging to the mainstream Left, the Tories will continue to enjoy dominance.

This isn’t about abandoning socialism but realising it can be achieved by concentrating on achieving change using the country’s regions and grass-roots campaigns not a big-state bureaucracy. Those who have voiced the importance in this change in ideology have been MPs like John Cruddas and journalists like John Harris. In a recent article, Harris wrote that ‘people are not just workers, but are parents, carers, volunteers… Socialists will have to become determinedly localist, and Labour will have to put the people who run towns, counties and boroughs at the front of its campaigning, learning from what they do’. And for anyone interested in seeing what ‘people’ Harris is talking about, then check out his ‘Anywhere but Westminster’ series on YouTube.

In terms of policies, this new approach would materialise in the re-invention of models of regional service ownership and production that offer workers and their communities more control and power over their lives. In terms of changing the structure of UK governance, Labour would realise the burgeoning federal nature of the UK by offering ways to empower the UK’s regions by diminishing the centralised state’s monopoly over power. That is real radicalism, not the two billion trees by 2040 pseudo-radicalism that pleases the few and baffles the many. All this requires Labour and the Left to break out of their echo chamber and start listening to the country, not just to themselves. This starts with reinventing their ideas around achieving socialism, then worrying about what potential leader is best to execute these ideas.