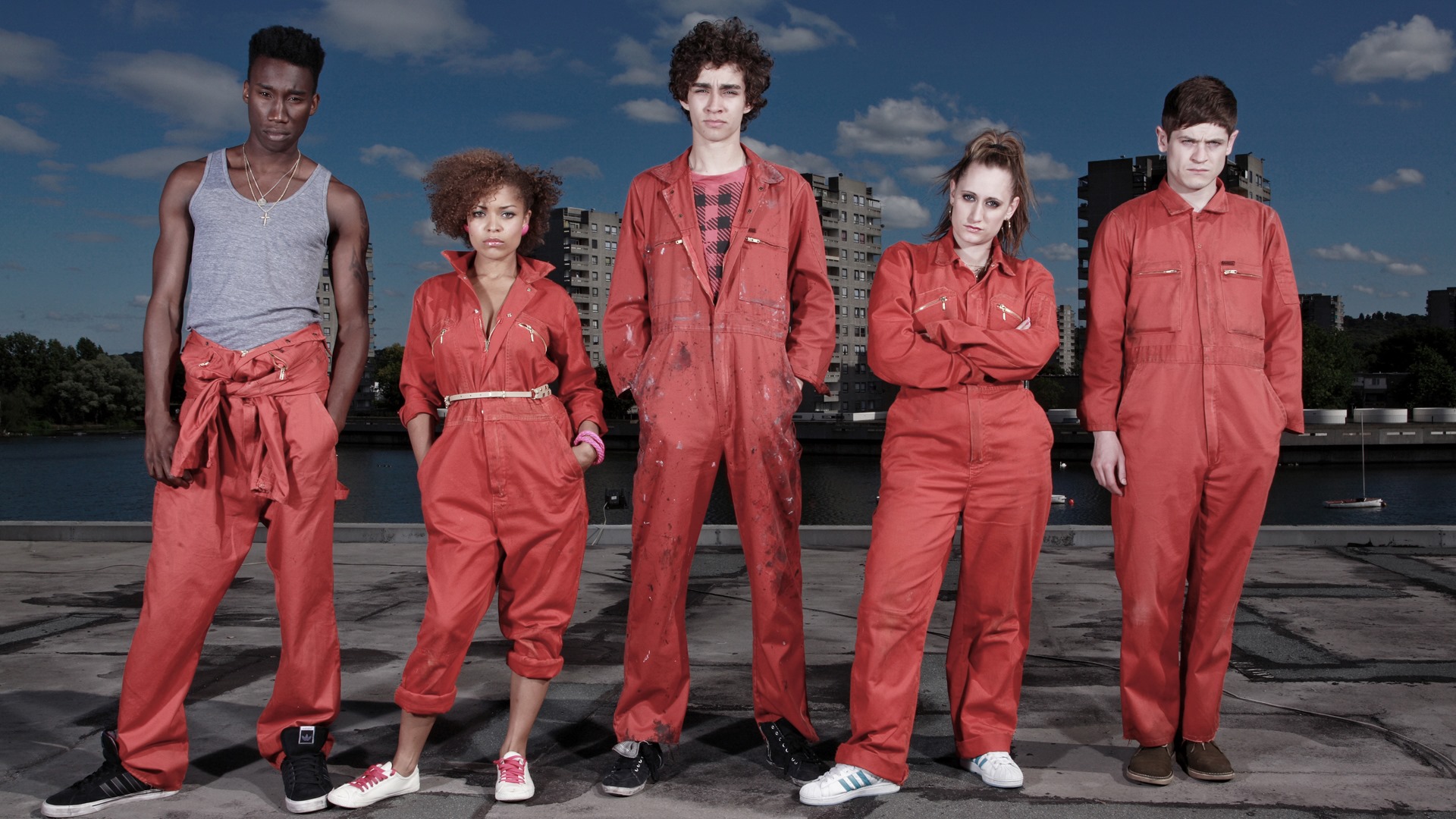 TV Critic Maisie McCormick urges us to rewatch Misfits, the show which deals with dark topics in a hilarious and relatable way

Written by maisiemccormick
Published at 10:30 on 24 October 2020
Images by @NetflixUK on Facebook

Misfits, originally premiering in 2009, has recently been added to Netflix and has consequently reignited many peoples’ love for the show. Misfits follows five young offenders as they fulfil their community service and deal with the aftereffects of a freak storm which gives them, and many others, supernatural powers.

I first started watching the show in my mid-teens after hearing people at school referencing random lines from the show non-stop, and I have re-watched all five series at many different times since then. No matter the occasion or problem I have faced, it is nothing a good episode of Misfits, usually from seasons 1 or 2, cannot fix. However, it is only when watching the show now, in my early twenties, that I have truly appreciated the remarkable way in which Misfits tackles a variety of deep and often dark themes. From drug use and death to the fear of the unknown, Misfits explores these subjects in a relatable and comedic way, which never makes the viewer feel uncomfortable. Despite the fact that most characters have unusual superpowers – like the ability to control dairy products or make people bald – the portrayal of the relationships between the characters and their individual experiences of emotional trauma actually makes the show more realistic than other dramas.

The most appealing aspect of Misfits for me is the character development. All five main characters are perfect anti-heroes and viewers will both love and hate them simultaneously. The fact that they all frequently make bad decisions which have dire but hilarious consequences also helps to make the characters more relatable and accessible to audiences.

Undeniably, Nathan (Robert Sheehan) is the character with the best one-liners and often provides comedic relief in the show’s darkest moments. Whether he is monologuing about his sexual exploits or ridiculing another character, there is not one moment that he cannot make you laugh.

The show continues to age well because of the depiction of character growth. The superpowers which they develop seem to relate in some way to their greatest fear or insecurity. We see the characters confront the parts of themselves selves which they wish to hide from others and become better people for it. We find ourselves being drawn into the storyline and loving the characters, who are portrayed as being like everyday people who are not perfect, a feat which is rare in a lot of popular shows.

The most absurd part of Misfits is arguably the immeasurable amount of deaths. The gang seems to be always confronting murderers of some sort or committing the murders themselves. Yet they remain our favourite characters. Why do we continue to root for characters that cannot seem to stop murdering people? There does not seem to be a logical answer, and they definitely do not always act for the greater good. But their undeniable hilarity, endless shenanigans and seemingly constant bad luck mean that we will never stop supporting the underdogs or watching Misfits.