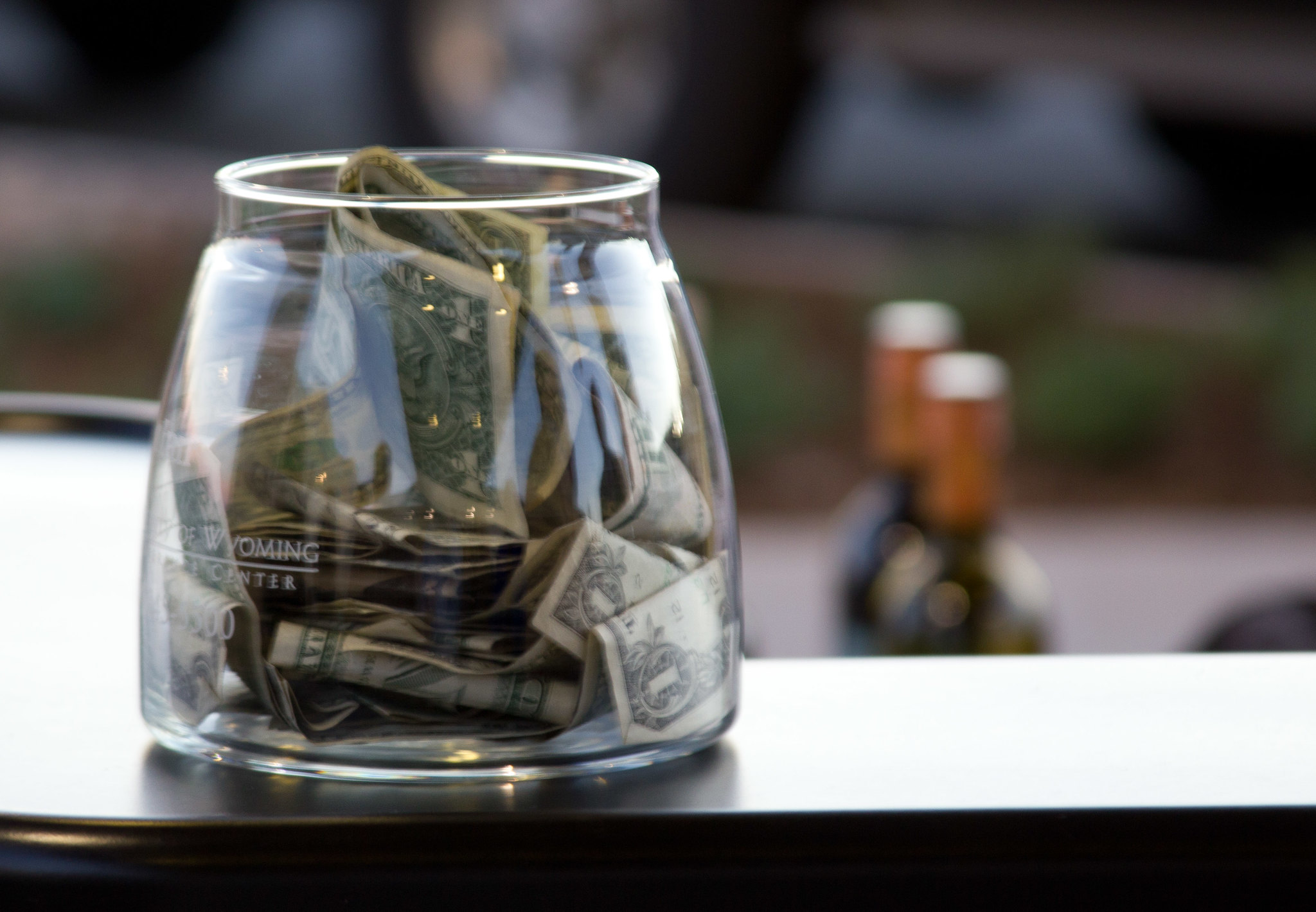 Holly Pittaway and Sophie Utteridge
Published at 17:00 on 13 November 2019
Images by Dave Dugdale

Though tipping culture can be confusing, especially in the UK where tipping isn’t as much of an established practice as it is in the United States, as a server I think it should be a matter of courtesy to tip. Before I begin, however, let me add a few caveats – you should only tip if you feel the experience was worth it, and if you do feel this way you should only ever give what you can give, especially as a student who has bigger things to worry about than deciding how much percent to add on top of a bill.

Coming from someone who has worked in food service for over four years now, the benefits of tipping even just a few pounds are very real; I’ve seen the effort (and often stress) that goes on behind the scenes in restaurants and at large events, something I believe a lot of customers rarely take into account when they go out for a meal. A tip when you’ve been run off your feet all night, then, can be a nice morale booster. For large, sometimes difficult, parties tipping should be a must – when a bill starts to stack up into the hundreds and guests neglect to leave a tip it can come across as rude.

Other than being a social courtesy, tips can help contribute to an otherwise small wage. In the UK the National Minimum Wage for 18 to 20 year olds currently stands at £6.15, but with the cost of living (especially as a student) so high this often doesn’t go far. In my job, tips usually add up to an extra £5-10 per week, and sometimes even higher during holidays and events, so this can really stretch my budget a lot further.

But where does one draw the line at who to tip? The average full-time salary in the UK for 2019 stands at £36,611, so perhaps looking at the average salaries for certain industries could help us here. Full-time hospitality/catering workers receive on average £25,000 per year, for taxi drivers it’s £19,307 per annum, retail staff can expect an average yearly salary of £24,823 and for baristas, the annual average is a measly £18,592. When we think of tipping it’s usually only in reference to the food service industry, but if these figures are anything to go by we should probably be shelling out more for Uber drivers, shop assistants, and Starbucks employees. Such professions then, might benefit from being more transparent about tipping policies, rather than leaving it to consumers to do the research.

So to put it simply, tipping is always a good idea, especially for industries where pay is lower than the average. I don’t think Brits should consider going full-blown American, by which I mean meticulously calculating 20% of every bill, but a few pounds can go a long way.

Tipping is confusing, there is no doubt about that. The customs and expectations of one restaurant, café, hotel, hairdressers, taxi, or sometimes even country, can be very different to another. But, if we remove the concept of a tip altogether and replace it with a voluntary service charge that is universal everywhere, then perhaps both service industry workers and consumers can win without any uncertainty and embarrassing confusion. However, as much as we can dance around the tip problem, we all know that the real issue lies in the low wages of hospitality workers.

Tipping certainly wouldn’t be needed (or indeed relied upon) if everyone was guaranteed a living wage that covered their necessary expenditure and left a little more for themselves. Forcing companies to increase their workers’ wages, introducing a service charge and clearing up the confusion of a tipping culture is the only way to ensure that service industry workers are treated equally.

Every time I walk into a café, I ask myself the same question: who exactly does my tip goes to? Does it go to the barista who makes my coffee? Or to the waiter who actually serves my table? Or to the waiter who clears it? And what about the chefs in the kitchen? Or the people in pot wash cleaning my cup after I’m finished? Or the manager overseeing everything? There is a countless number of people who all have a claim to my tip and yet I can’t tip them all, nor can I afford to as a student. Of course, there are others who could but again, who are they actually tipping? Once you start thinking about the question, it’s hard to put it from your mind and you’ll find yourself thinking of an extra person to add to the list each time. There are many places that would share out the tips at the end of the day, but there are also places that don’t. Even worse, there are places where the percentage share of the tip you receive depends on the grade you are working at with no questions asked and no opportunity for recourse as tips are non-contractual.

On a more sinister note, it is not unknown for companies to pay their workers less because they expect the difference to be made up in tips. These companies use tipping as a way to boost salaries without any impacts on their own costs and, because tips are untraceable, this isn’t picked up by the taxman. So, even though your tip would be going to a hard-working service worker, the company they work for may be dodging taxes that could go towards funding our schools, roads and hospitals. So again, who is actually winning in the long term?

With so much uncertainty between each and every café and restaurant I go to, I find it harder each time to justify giving a tip and I sometimes even ask the waiter themselves where my money would go if I was to tip them. But, in places where there is a service charge, I find the issue to be solved right then and there. A service charge is easier to split and of course you can refuse to pay it if the service has been poor. And, assuming that service charge goes to the workers, it means everyone gets a share no matter their job in the organisation. So, in the grand scheme of things, shouldn’t we just pay people on the value of the service they provide and not rely on tips?