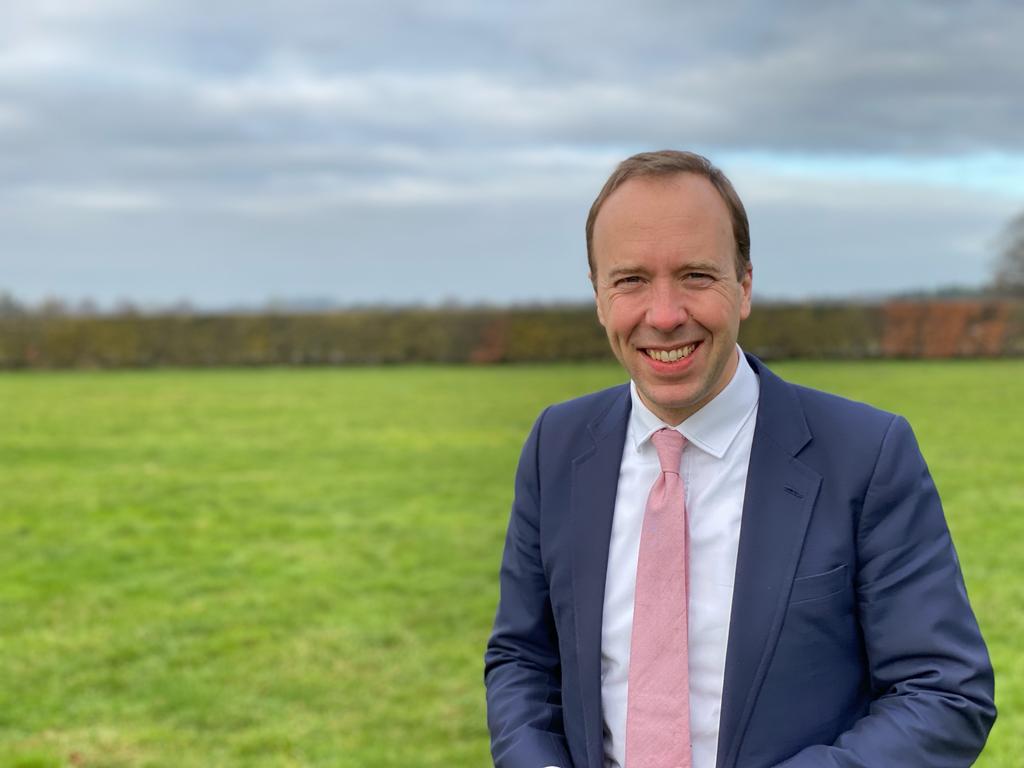 Matt Hancock has become a household name over the past few years. He has served as the MP for West Suffolk since 2010 but rose to prominence as a candidate to replace Prime Minister Theresa May in the 2019 Conservative Party Leadership contest. More noticeably he served as Secretary of State for Health and Social Care from July 2018 until his resignation in June 2021. He faced one of the biggest challenges any Health Secretary has ever faced, the Covid-19 pandemic, and he was a key figure in the government’s response to the pandemic. He often led the Downing Street Covid briefings that we have grown used to.

Despite his resignation as Health Secretary, he has stayed on as a back-bencher. I met Matt in his office in Westminster to discuss his new focus: Universal Dyslexia Screening. Personally, I think that Universal Dyslexia Screening is a fantastic idea, that will help countless young people and help to reduce educational inequalities by ensuring that students get the help they not only need but deserve. I began by asking Matt what his dyslexia bill actually is. He explained how he is ‘deeply invested in trying to ensure that people who are dyslexic get the support they need. I didn’t get the support I needed until I was at university. And the central problem that the bill is trying to tackle is that only one in five dyslexics get identified at school. So, 80% don’t get identified. So, the aim of the bill is to require that there is screening for everybody.’

I then questioned who will be carrying out the screening and how exactly it will be implemented. Matt said ‘Obviously a bill in parliament is only the first step. There are now online screeners, increasingly available, with some in development, which means that you can realistically screen all children at the latter end of primary school.’

I followed up by asking whether teachers would take on extra responsibilities. Matt replied, stating ‘I think it is also important to train teachers, because after all since about a tenth of the population are dyslexic, every teacher teaches dyslexic children. So, the training is important. Dyslexia comes in many forms, there is a spectrum, so ensuring teachers are properly trained to identify different [neurodivergence], including dyslexia is important. There isn’t any of that training now, in initial teacher training and I think that needs to change too.’

Matt has spoken out about his dyslexia in the past. To gain greater insight, I asked whether an earlier diagnosis, as opposed to the one he received at university would have helped him out. Matt responded passionately saying ‘Definitely! Definitely! I got to university on the basis of my maths and physics. I went down the numbers route because I’m good with numbers. If I hadn’t had that I would have really struggled. But once I was identified as dyslexic, two things happened. Firstly, I could get the support I needed to learn to read and to write effectively in the way that my brain is wired. Secondly, it helps with confidence as well. A lot of kids think that they are stupid when they are not because they have difficulty in translating thoughts into the symbols on the page.’

I then suggested another potential positive of universal dyslexia screening. If every child got tested for dyslexia, it would help to reduce the stigma around it, in a way normalising it. Matt followed up by saying ‘I think it’s really important because some people say you don’t want to label kids, but you do want to know how their brains work.’

Some critics would argue, however, that the universal approach to dyslexia screening is the wrong approach, as nine in ten people are not dyslexic, and that a more targeted approach would be a more efficient use of resources. When I raised this with Matt, he responded saying ‘some people say good teachers firstly teach in a way that will help the dyslexic brain to learn how to read and write as well as a non-dyslexic brain, firstly. And secondly, they will spot the kids with [neurodivergence]. That would be fine if there were any evidence of it actually happening! So, the fact that only one in five dyslexics get identified at school shows that there is so far to go with that argument.’

As Matt is in favour of universal dyslexia screening in primary schools, I asked the former Health Secretary whether he would be in favour of offering adults’ free dyslexia tests, as this is not something currently available on the NHS. He responded saying ‘I would love to be able to get to a situation where high-quality screeners are available for free on the internet, so that people can self-identify as well. After-all what is screening? Screening is getting data about somebodies’ response to having gone through a test. A good screener will give you information about your capability. So, I’d love to ensure that screeners are available and obviously you’d have to be clear that it’s a tendency towards dyslexia, not an absolute. The other thing that I want to do is make sure that employers think positively about all of the capabilities that neurodiverse people have. The reason is that dyslexia is not correlated with intelligence. And in fact, the dyslexic brain tends to, not always, but tends to be more creative, better at lateral thinking, making connections, all of these things are things that the modern workplace needs more and more, as the computers do what I think of as the boring straight-line thinking that the non-dyslexic brain excels at so much!’

Next, I asked Matt about the second reading of the bill, which he told me is coming up in March. I asked when it will actually come into action, trying to gauge the timeline surrounding the bill. Matt replied saying ‘It’s difficult to know because it depends on the government implementation. Around the same time as the second reading of the bill, the government is also proposing to bring forward a white paper, that I’m talking to the Education Secretary Nadhim Zahawi about which will cover this area. So, I’m hoping that alongside my pressure in parliament, the government will get on with it. You don’t actually need legislation to do this, you can require it at schools from the DfE [Department for Education]. So, the government can get on with it and that’s what I’ve been talking to the Education Secretary about. But obviously as an MP who’s not in government the tool at my disposal is to legislate and that’s what I’m trying to do.’

Obviously, there are many challenges facing the people of this country, and many different issues that politicians can focus on to try and combat this. I asked Matt why he chose to focus on this dyslexia bill over other issues. He said ‘I’ve chosen dyslexia because it really matters to me, I’ve got a personal story that means that I feel very strongly about it. And when I started talking about it, I got a lot of feedback from people saying that this really needs to happen, so I got support. One of the upsides to leaving government was being able to ask myself, ‘ok, what area do I want to work on?’ Being on the backbenches gives you the freedom to choose your subject area, and for me, this is unfinished business. I tried to get it done when I was in government, but I never pulled it off. I in fact put a small team together in the department of health to lead on this question from a health point of view after the 2019 general election as Health Secretary, but unfortunately, that team had to be disbanded to go and work on Covid a couple of months later so I feel like this is something that I care about, matters and where I can use my personal story to motivate and explain about what needs to happen.’

Matt then went on to discuss the need for ‘support in the criminal justice system for people who are dyslexic, because we know a much higher proportion of people in the criminal justice system are dyslexic compared to the population as a whole, not least because illiteracy leads to such huge social problems that too often end up in prison. So, that’s another really important area but that is best delivered by the people who work so hard in rehabilitation rather than through legislation. But I hope that we can make progress on all of these areas.’

We then discussed Matt’s experience of having dyslexia at university, which I hope encourages and inspires dyslexic students. Matt detailed how ‘what happened to me was that I went through school focusing on the maths-based subjects. I got into university on an interview, not an exam, but it was an essay-based subject. And at the end of the first term, my tutor took me to one side and said you can talk but you can’t write. He sent me to get tested. So, it was at university that I was identified.’

We concluded the interview by stressing the fact that dyslexia doesn’t have to be a barrier to success. Matt said ‘one of the reasons that I talk about it is to show that you can make it to the top table if you’re dyslexic. It brings with it other capabilities. You certainly learn to talk, which is a lot of what this job is all about!’

In conclusion, I really enjoyed speaking with Matt about this bill. I believe that it is important, and I hope that people get behind it and support it. It is a shocking fact that only one in five dyslexics get the help they need, and I commend Matt for trying to change this. I also hope that dyslexic people who may be reading this realise (if they didn’t already) that their dyslexia needn’t be a barrier to success. Matt is a living example. On a more personal note, I would also like to thank Matt and his team for the warm welcome I received at Westminster. It is not every day that a student journalist gets to interview the former Health Secretary. It was a great experience, one that I certainly will not be forgetting any time soon.