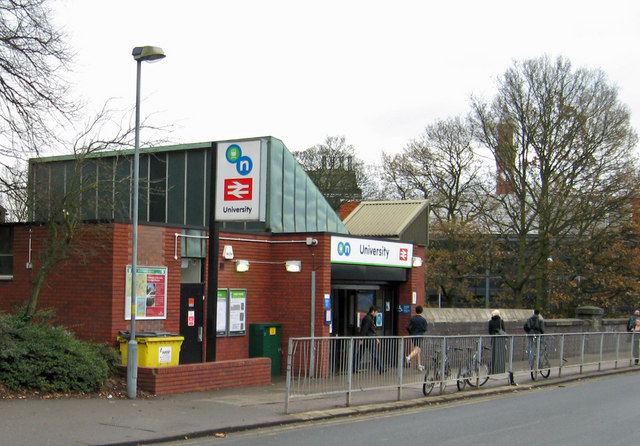 Transport for West Midlands (TfWM) have recently revealed plans to redevelop and expand University Station to help it cope with crowd levels.

It is expected that the redeveloped station will open by the end of 2021 in time for the Commonwealth Games in 2022, when the University will host the hockey and squash competitions.

The station is situated at the entrance of both the University of Birmingham and Queen Elizabeth Hospital and is used by over ‘three million passengers a year,’ according to TfWM.

Authorities state the current station, built in 1978 for an estimated 400,000 passengers per year, is unsuitable for what they predict for the future of the area and want to build a fit-for-the-future station capable of accommodating up to 7.2 million passengers a year.

The new building, which will be located at the opposite end of the platform of the existing facilities, will include more space and new facilities for passengers.

A footbridge will also be built to connect the platforms and to cross the canal to give access to the main UoB campus.

TfWM say that they aim to ‘provide an outstanding passenger experience; boost the economy, enhance heritage and connect seamlessly into the wider integrated transport network.’

They believe that, due to the significance of the area because of the University, Queen Elizabeth Hospital and other nearby health facilities, it is important to improve transport services for those who use it and ‘provide an outstanding passenger experience.’ The University has over 33,000 students and employs around 7,500 staff, while QEHB and other local healthcare facilities employ over 13,000 staff and treat over 1.5 million patients per year.

In addition to the new developments to the station, West Midlands Railway’s customer experience director, Richard Brooks, explained that there is also due to be further investment into the service’s trains.

Andy Street, mayor of the West Midlands, commented: ‘This is about is about giving the [University of] Birmingham and our hospitals a station to be really proud of. It’ll give much better conditions for passengers using it and the right sense of arrival when you get to this great part of the city.’

Professor Sir David Eastwood, Vice-Chancellor and Principal of the University of Birmingham said: ‘We are tremendously excited by the prospect of an expanded University Station.

‘With the millions of people who use the facility each year, this will be a valuable asset to the city’s transport infrastructure.

‘In 2022, the University will host hockey and squash as part of the Commonwealth Games, and being able to provide a 21st Century station to competitors, organisers and many thousands of spectators is critical, as well as providing excellent facilities for staff and students of the future, and the local community.’