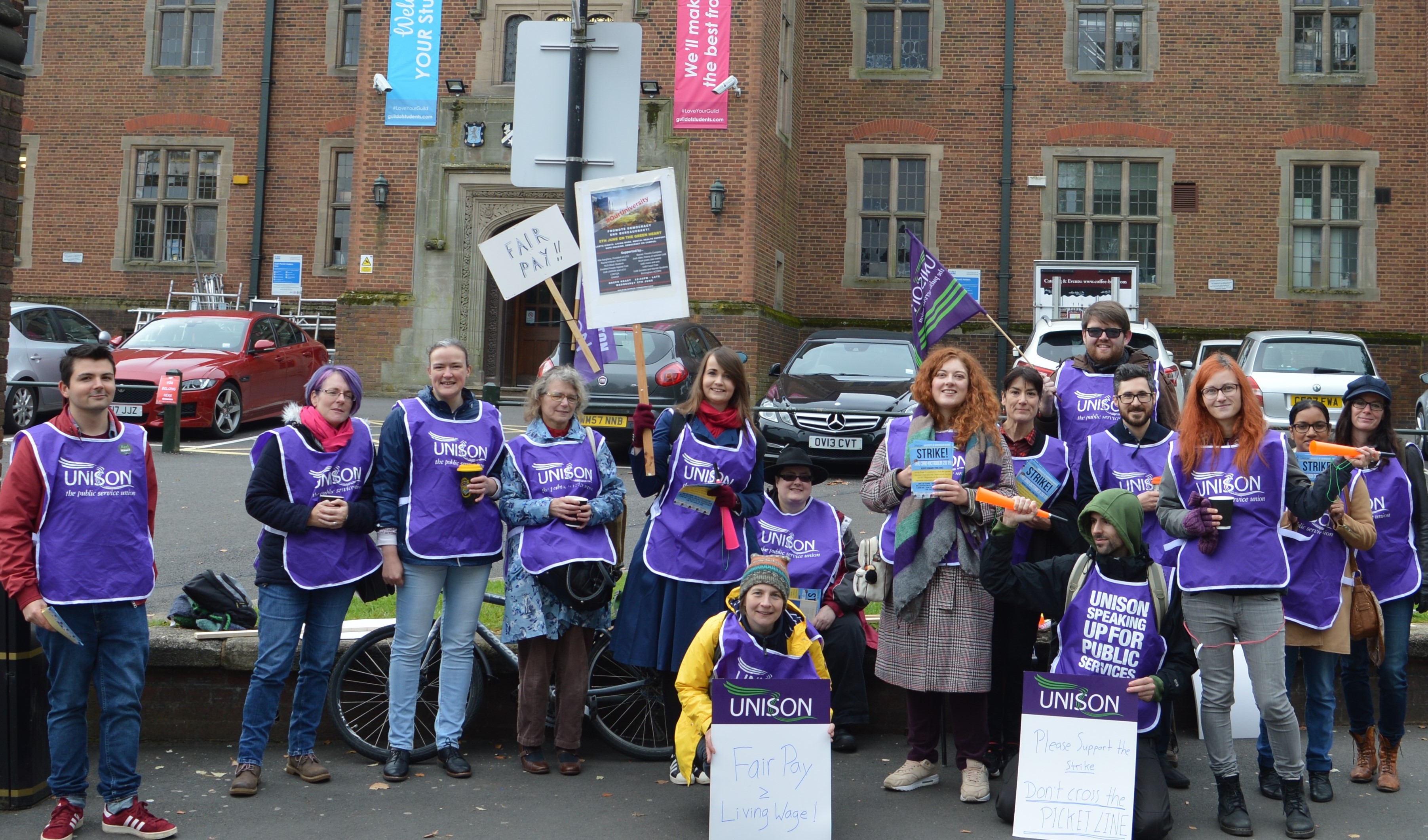 This move is the latest in the dispute between the University and its support staff which began in 2018. The support staff’s trade union UNISON has expressed its continued frustration with the University’s lack of attempts to combat workers’ grievances.

The elimination of the gender pay gap, living wage accreditation and improvements to working conditions have been UNISON’s key demands. Some members of staff reportedly depend on multiple jobs or food banks.

One low-paid member of staff, who has since quit her job at the University, wrote a letter challenging senior staff members to live on low pay for a month.

The letter claimed ‘I work on a 36 hour term on contract with the university, taking home after stoppages of £977.96, a little over what [Vice-Chancellor David Eastwood] earns in four hours.’

The Vice Chancellor has not replied to the letter, which was delivered in July.

Speaking to Redbrick on the picket lines on Thursday, the letter’s author said that this shows ‘there is a management in place that does not care.’

She stated, ‘money’s not the whole point of this dispute, money’s just a fraction of it. To respect your staff, you’ve got to treat them right. Not just in pay, but in everyday working life give them a bit of respect. They’re not showing their staff respect.’

‘I worked my backside off putting money in that till every day, running a café single-handedly on my own in a school of over 3,000 students. […] They’ve cut the quality of the products that we serve. We’re the ones that take the backlash from that from the students […] that are paying more for cheaper products.’

The letter’s author, who asked to be named only as Donna, worked in the cafe in the Business School before walking out three weeks ago.

The Vice-Chancellor has been depicted in strike literature as an old school swindling villain in a 60s western.

Paul Mahler of hospitality reiterated how people are having to undertake multiple jobs and the pay gap between support staff and the Vice-Chancellor. He said, ‘Nobody wants the Vice-Chancellor not to be paid well… but… we’re not asking the world when [he] can get an £80,000 bonus.’

Another striker, who works as an administrator in the School of Pharmacy also took this stance; ‘I love my job and I love the students. It’s a diabolical shame that the University abuses this loyalty in that massive pay gap.’

Grievances over pay and conditions brought deep emotion to the forefront of the dispute. This administrator also highlighted how ‘It’s the cleaners and caterers we rely on’, while Mahler stated that ‘most of these people are invisible to students.’

A striking administrator in Modern Foreign Languages said that the university should not be ‘dragging its feet’ with regards to the living wage accreditation, as ‘it’s got a worldwide reputation, it should show how to treat all its staff.’