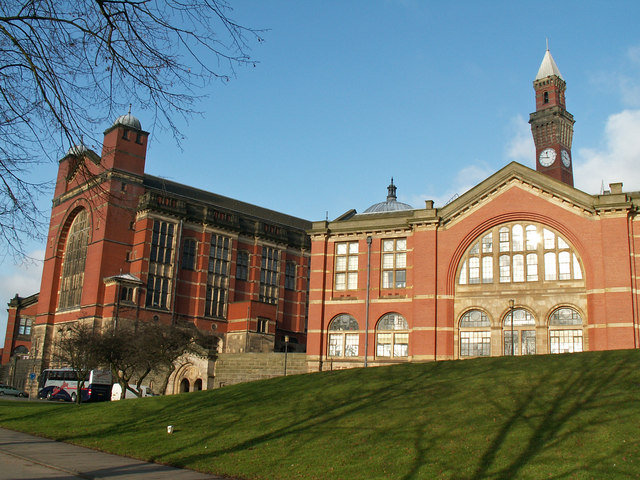 The College of Arts and Law (CAL) has proposed to cut down the time academic staff spend on research, which one lecturer has branded a ‘betrayal’ by the University of Birmingham

The college’s head, Michael Whitby, proposed cuts in a letter sent to staff members. He said that ‘for too long Education has played Cinderella’ and that more emphasis needs to be placed on teaching rather than research across the college.

A representative from the University and College Union (UCU) stated that this is an ‘extremely worrying development.’ They expressed concern that this will reduce the quality of teaching and erode the reputation of CAL as a centre of world-leading research.

Students will be adversely affected by the proposed changes, according to the representative. ‘As a lecturer myself,’ the representative said, ‘I know that students value working with academics who are active scholars in their field.’

The representative further stated that research is ‘enormously important’ to postgraduate students who rely on tutors that have up-to-date knowledge of their chosen academic field.

Emma, a third-year English Literature student, said she has benefitted hugely from research at the University. ‘I’ve been to talks from academics about their research,’ she said, ‘which has been really useful in being able to engage with an academic community, especially as I begin to think about my Master’s course.’

Equally, Ben, a second-year History student, notes that his tutor’s research has helped form his dissertation idea. ‘Without [my tutor’s] independent research, I might not have come across some of the ideas that I’m putting into my dissertation proposal.’

Others have been more positive about the prospect of CAL putting more emphasis on education. ‘I don’t think I’d lose out too much if my lecturers weren’t doing as much research,’ said a third-year English and Drama student. ‘If anything, if they can put more time into teaching us, then surely that will improve our grades and the quality of our teaching.’

However, the UCU representative stated that it is an attack on the ‘three-legged model’ of academia, where lecturers split their time between research, teaching, and administration. It may lead to a two-stream system, where only academics that receive grant funding are given the opportunity to do research. As a result, this may impact the career progression of staff who cannot access grants.

Redbrick also spoke to an anonymous member of anti-casualisation group Precarious Brum, who noted that whilst these changes will affect permanent lecturers, staff on part-time or temporary contracts ‘know this is where the University has been headed for a long time.’

These lecturers are on short-term contracts from September to June, meaning that they are unemployed over summer when most academics do their research. Therefore, the member said: ‘We need to push for all academic staff to be valued and supported as researchers, not just those on permanent contracts.’

In the letter sent to staff, Whitby said that the changes will improve CAL’s finances, which have been hit by funding cuts in recent years. Quality-Research (QR) money helps to pay for staff research, but whereas in 2010 this accounted for 26% of employment costs, now it only constitutes for 17%. Therefore, this gap has been subsidised by money that would otherwise be used for education.

By cutting down the time spent on unfunded research from a third to a quarter, CAL hopes to save on costs. To help further boost funds, Whitby also said that it is ‘essential’ that the college increase grant income.

Over half of CAL academics didn’t pursue grants last year, according to Whitby, which he says indicates that colleagues find it ‘too easy’ to pursue research ‘without putting in the hard work needed to win grants.’ He hopes to double the money received from grants by 2026 in order to help fill the gap left by reductions in QR funding.

Whitby stated that the changes may also improve the UoB’s position on university league tables. The Research Excellence Framework (RAE/REF) assesses the quality of research at UK universities, but Whitby argues that this barely influences international league tables. In contrast, the Teaching Excellence and Student Outcomes Framework (TEF) and the National Student Survey (NSS) have a significant impact on UoB’s position in these rankings. As a result, he argues that CAL needs to ‘rebalance its priorities’ with a greater focus on education.

Yet staff members maintain that this will not reflect positively on CAL’s academic reputation. ‘How can we continue to call ourselves a research-intensive university if this is our strategic direction of travel?’ said the UCU representative. They added that this is a ‘betrayal of the ambitions of a research-led institution.’

Alternatives to the proposals are being considered. For example, the gap in funds could be filled by an uptake in international students or by reducing staff salaries. However, Whitby maintains that increasing grant capture is the best solution.

In a statement to Redbrick, UoB said: ‘We are rightly proud of our sector leading teaching, but we need to continue to improve and keep pace with sector and student expectations in a world where the balance between education and research is shifting.

‘Our aim is also to support a vibrant research culture within the College of Arts and Law, but to do that in a context of a continuing decline in QR allocations we need to ensure that a greater proportion of research activity is supported by grants.’

They remind staff that those successful in securing grants ‘will have even more time to devote to research activities’ than before and added that the proposals are ‘still subject to discussion and change.’