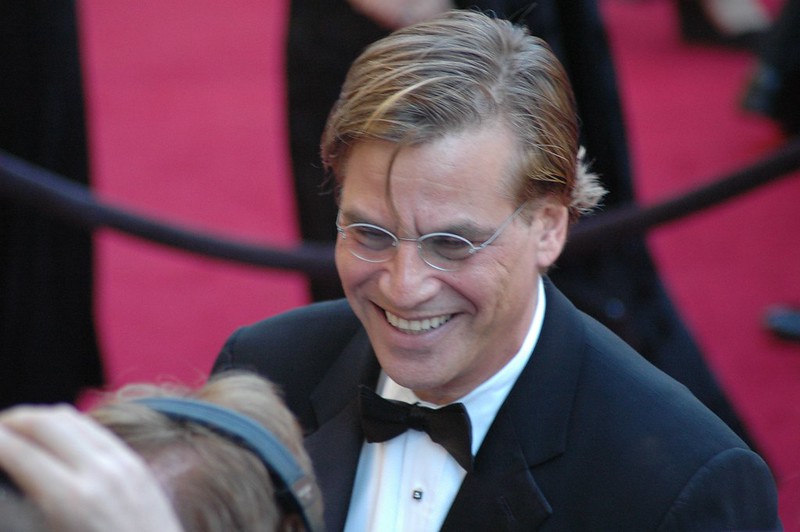 For the first few decades of film, filmmakers faced a problem in getting their characters to talk. With synchronised sound recording unavailable, the convention that most films used was title cards spliced into the film, letting us know what was being said. These intertitles, in retrospect, were a clunky device, taking your attention away from the film in a way that subtitles don’t. It’s telling that physical comedy was so prominent in early cinema. Charlie Chaplin and Buster Keaton were arguably successful for their storytelling through body language and physical expression. The medium distinguished itself by telling stories through images and movement, not words.

Sound in film arrived in 1927, creating a wealth of possibilities for new films. The musical, an export from theatre, was an early innovation. There was also the merging sound effects and music. Fritz Lang’s 1931 film M used it to great effect, with the mystery killer being identified by whistling ‘In the Hall of the Mountain King’. It wasn’t long before screenplays made the transition from stage to screen. Many classics of Hollywood’s Golden Age are full of quotable lines of dialogue, and some like Casablanca, A Streetcar Named Desire, and 12 Angry Men were adapted from stage plays.

What does this have to do with Aaron Sorkin? Sorkin is arguably the most recognisable screenwriter living today, and unlike Tarantino, Paul Schrader, or the Coen brothers, is known first and foremost as a writer rather than a director. Sorkin has flitted between writing for film, television, and theatre, and the transition between mediums has not always been seamless. Sorkin is a great believer in dialogue, in one interview saying that plot is ‘a necessary intrusion on what I really want to do – and that’s write dialogue’. His plots aren’t bad either – there’s a discipline and a structure to them, and his scripts run like clockwork. But there is a tendency in his work to privilege dialogue above all else. Dialogue is what gives the spectacle to A Few Good Men’s climactic trial scene between Jack Nicholson and Tom Cruise. Both voices boom and echo throughout the courtroom, with Nicholson’s infamous ‘you can’t handle the truth!’ thundering out. It’s a powerful moment, and one that would no doubt give you goosebumps in a cinema.

Sorkin’s own directorial efforts have received more mixed reviews that his collaborative work, and many have argued that his talents are better suited to the page than the screen. I do think his direction is lacking in his films, although many of the problems in it are also rooted in the writing. Aaron Sorkin will be one of the first to tell you his limitations as a writer. He plays to his strengths, in writing his own brand of argumentative, snappy dialogue, and has admitted that ‘the characters I write don’t really distinguish themselves by the way they talk’. Characterisation falters when everyone talks in the same way, but Sorkin often ignores some of the most effective screenwriting tools. Mostly it’s the visual storytelling that is lacking in many of his films. I doubt I would have enjoyed The Trial of the Chicago 7 as much if I’d seen it in the cinema. You can follow the narrative pretty well without actually looking at the screen most of the time, with the key information coming through dialogue.

I don’t think this argument is the same for theatre and television – they’re consumed in very different ways, and dialogue is arguably more important there than in film. For this reason Netflix is perhaps the perfect platform for Sorkin, whether it’s film or television he’s making. I definitely think he’s a good writer – I’m never bored while watching his films, and the runtime breezes by. However I also think that his notoriety as a screenwriter is because often his writing can be heard rather than seen.

When I first started writing short film scripts, dialogue-heavy writing was what I thought made a ‘good’ script; creating mini-battles between characters, using words to spar against each other. One of the films that inspired me was 12 Angry Men. Even though it’s a wordy film –  one based on a play – dialogue is a small part of what makes it so engrossing. There’s the camerawork, with extreme close ups that fill the screen, the intense lighting, so that you can see every bead of sweat, and the performances which light up every scene. There’s the body language, postures, and small facial movements which tell you what a character is thinking. Then there’s the props which are passed around and debated over, including the infamous switchblade which makes the film’s poster. These are great moments in acting, camerawork and direction, but it’s also great writing that keys us in to these details, and reveals the story even if you take the words away.

Looking for more writing on film? Check out these articles:

Coming Out for Christmas: LGBTQ+ Representation in Cinema