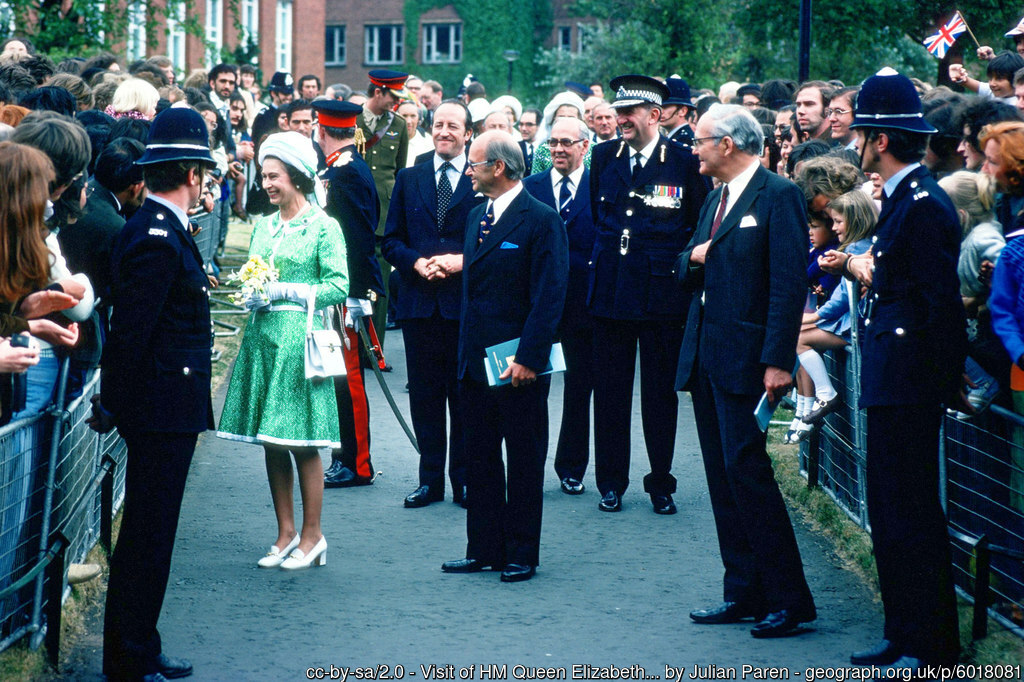 Why You Need to Get to Know a Lord Lieutenant

Comment Writer Dylan Morgen explores the little-known role of Lord Lieutenant, arguing that this ceremonial role which pervades many top universities is more important than you might think

Written by Dylan Morgen
Published at 14:30 on 20 November 2020
Images by Julian Paren

Impressive if Lord-Lieutenant invokes a deep memory of a school history lesson describing English brutal military rule in Ireland. The Lord-Lieutenant is the Queen’s personal representative in each county and they used to command the local militias such as in Ireland. But what’s the relevance now, sounds like some fuddy-duddy establishment bosh?

Please bear with me, while understandably only a momentary flicker registers on the student interest scale.

It may seem an irrelevance now, but some very senior company leaders feel a deep affinity for traditional institutions, such as the Lieutenancy. These values may permeate an organisation in a hidden way. An unwise, innocent criticism of these kind of traditions in the wrong setting may stunt your development.

I believe it is very useful to understand how business and society elites think and mix in such arcane institutions. Pooh-poohing tradition and elitism as irrelevant is not useful as they do still have influence and may well impact your life.

For instance, both our own Vice-Chancellor (VC) Prof Sir David Eastwood and Chancellor Lord Bilimoria are West Midlands and Greater London Deputy Lord-Lieutenants, one since 2012, the other since 2001. The Chancellor’s Deputy Lord-Lieutenancy is not on his Birmingham University profile. I am not suggesting you salute the VC on degree day and whisper ‘Yes Sir, I am a royalist as well,’ ingratiation may be too late at that stage. Prof Deirdre Kelly in the Medical School and Sir Chris Ham, emeritus professor of health policy and management are both West Midlands Deputy Lord-Lieutenants, possibly showing the breadth of interest in these posts.

John Crabtree is the Lord-Lieutenant of the West Midlands and is an important figure in establishment circles. He appoints Deputy Lord-Lieutenants, making him attractive to those yearning for respectability and status. He has an extensive network, subjugating any personal interests to the Queen’s interests. He is responsible for looking after royalty on their local visits. Additionally Lord-Lieutenants take part in Citizenship ceremonies, advise on nominations and honours, help charities and support the military. They connect to the Royal Household and are invited to Buckingham Palace garden parties!

The Lieutenancy has a tiny budget and posts are unpaid, it is after all an honour to serve. Talking of honours, Lord-Lieutenant John Crabtree received an honorary doctorate from Birmingham University in 2015, as did John Craggs, another West Midlands Deputy Lord-Lieutenant. John Craggs has a long record of supporting the university, including as President of the Guild of Graduates and Alumni Association, as Chair of the Board of Trustees – Birmingham Pension & Assurance Scheme and as a past member of University Council. The Vice-Chancellor is the chair of the 16-person university Honorary Degree Committee which determines who receives honorary degrees. The committee includes the Guild President.

The Vice-Chancellor himself received a knighthood in 2014, allowing us to call him Sir. Just so that we are clear, Sir David Eastwood joined the national Education Honours Committee after receiving his knighthood and had no influence on that decision.

The London Gazette, an official publication of the British government, described the Vice-Chancellor’s knighthood award ‘for services to Higher Education’. A Birmingham University’s press release stated his knighthood was ‘in recognition of his remarkable services to higher education and the drive and commitment he has shown to enhancing the UK’s reputation in this field.’

The Old Joe website for university graduates wrote the award was a ‘recognition of his exceptional contribution to higher education throughout his working life, and the commitment he has shown to enhancing the UK’s reputation in the field.’

The VCs chum, the Vice-Chancellor of Nottingham University, Professor David Greenaway also received a knighthood in 2014. And you guessed it, he in turn is a Deputy Lord-Lieutenant for Nottinghamshire.

VC Prof Sir David Eastwood was Chief Executive of the Higher Education Funding Council for England (HEFCE) between 2006-09, a body which doles out billions of pounds to Higher Education. It’s a big job and all HEFCE Chief Executives are either already Knights or Dames or became one on leaving that post. It would have been surprising if the Vice-Chancellor had not received a knighthood for this work, let alone for his work on many education and other national committees.

Hope you are keeping up with all the Lord-Lieutenants and honours, a tally stick may be useful, it is a traditional counting method. For those at the back who need rousing, try saying ‘Leftenant’ and simultaneously writing Lieutenant. It is difficult.

Having an appreciation of the informal and formal networks of senior professional figures and their values will help you at all levels of work. Understanding an institution’s attractions, criticisms and history is important.Being skeptical of archaic practices and working to change them is also a good thing. But a kamikaze attack on institutions is only likely to result in any good ideas landing in the khazi.