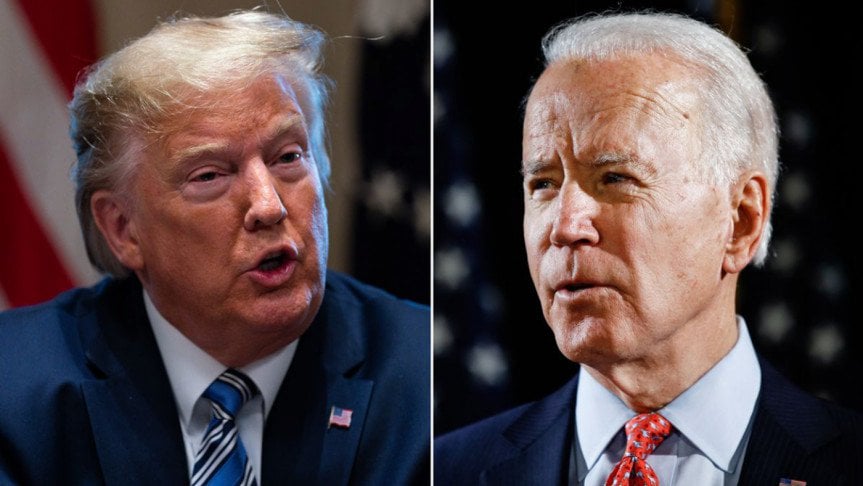 2020 US Election Night: The BBC’s take on Old Men Running

After watching the 2020 US Election coverage on the BBC, TV Critic Dan Hunt gives a tongue-in-cheek review of what appears to be the most boring blockbuster ever written

Written by Dan Hunt
Hi, I'm Dan and I study English at the University of Birmingham.
Published at 12:00 on 7 November 2020
Images by @ntvdigital on Facebook

For those Tuesday night-owls, a very strange programme aired on the BBC.* The drama, which ended on a cliff-hanger, lasted a very long time, and I question if anyone really watched it at all.

The one-part series depicts a race between two elderly white men to the White House. Not only is it peculiar for septuagenarians to be running, but also the lack of action seen on screen makes me wonder if maybe either of them wanted to win at all.

What was also strange was the fact that one of the racers, Donald Trump, had a head-start and was said to be racing to the White House from the White House itself. If Joe Biden wins the race from his home in Wilmington, Delaware (a 52 hour walk) then Trump really will be kicking himself. He might even tweet about it.

Before viewers had even seen any running, Donald Trump had already announced he had won. In all honesty that was the most exciting moment in a show otherwise defined by the presenters, who in the most part seemed bored.

For most of the night you had a fat Scottish man called Andrew Neil who sat in his chair and looked grumpy. He seemed to have a lot to say, but had to keep stopping himself, as he remembered he was on the BBC. I cannot wait to hear his real views on the definitely-not-right-wing GB News channel which he is about to launch. Katty Kay seemed a lot happier throughout, but was impatient, as like the other five or six people watching from home, she probably wanted to see the old men running.

Overall this drama was confusing. Mainly because there was very little drama. Next time two men in their seventies have a running race, they could at least add a bit of pizazz.

Interested in the chaos of politics? Check out more political TV articles here!