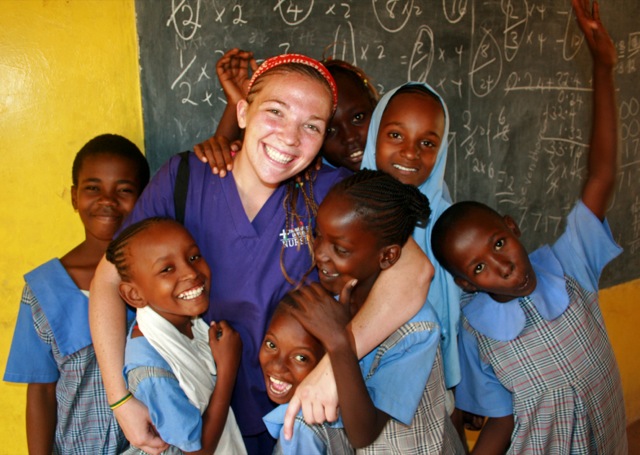 Are You a White Saviour? ‘Voluntourism’ and the Problems That Go with It

Everyone loves a good Instagram feed, don’t they? We use Instagram to update people on what’s going on with our lives, where we’ve been, what we’ve been doing, especially over the summer when everyone is free from University to have their own adventures; and for this kind of thing Instagram is great – but if your feed is filled with pictures from a safari tour or smiling children living in poverty in the Global South captioned with anecdotes about how a 2-week trip to Africa changed your life, chances are you did some kind of volunteering this summer and unknowingly came back as, what I would call, a White Saviour.

I in no way believe that volunteering is a bad thing for any parties involved, and in a world where people are becoming increasingly selfish, we need volunteers; whether this be serving the homeless in a food bank, answering phones at a mental health charity, or keeping an elderly person company when they’re lonely. Furthermore, volunteering is also a great boost for anyone’s curriculum vitae (let’s pretend that I didn’t just say that thing about people being selfish). But volunteering – more specifically, voluntourism – can be problematic.

Westerners have long viewed the Global South, especially African countries, as a blank space in the world to be moulded on the west – just look at the terms we still often use to describe such places; ‘developing world’, ‘underdeveloped countries’, and ‘third world’, all of which have negative connotations suggesting a lack of infrastructure, unparalleled poverty, and an absence of proper civilisation. These terms have been largely agreed by academics to be outdated, hence my use of the more modern ‘Global South,’ however this has its own problems as it isn’t bounded by geographical parameters. Whatever you label them, such countries still carry the brunt of exploitation by the West with them today, and voluntourism is just the same old western colonist taking on another form.

The research around ‘voluntourism’ now generally confirms that the trend can often do more harm than good to a local community; volunteering comes with a hefty price tag, usually upwards of £1,000 for a few weeks abroad working in conservation or in an orphanage, and when there’s plenty of wealthy young westerners ready to part with their cash why would any organisation offer paid employment? As a result there is often underemployment of locals in areas where voluntourism is popular. Furthermore, the nature of most volunteering programmes running for a few weeks or months, coupled with the fact that most volunteers are young people on gap years or summer breaks, means there is a constant stream of volunteers coming in and out of community that really needs stability – this can be particularly damaging in programmes were children are concerned, such as schools or orphanages, as studies have found that the lack of one-to-one care and long-term bonds can lead to stunted cognitive development and a greater risk of psychiatric disorders.

The ‘voluntourism’ industry also supports orphanages, which many children’s charities have condemned as dangerous and unhealthy environments. In Europe, child institutions have been banned for a long time, and to speak of orphanages in the west is to conjure up images of poor Oliver Twist begging for more gruel. In the Global South, most orphanages are set up following natural disasters, but the western love for cute, downtrodden, foreign children has kept the business going, and with more volunteers come more orphans, or so-called orphans – according to International Volunteer HQ, more than 80% of children living in orphanages aren’t actually orphans, most have been sent their by their parents or family members who are unable to financially support them. Children in orphanages are also at higher risk of suffering abuse and exploitation – worryingly, as Better Care Network have stated, a ‘significant overlap between international volunteering and child sex tourism has been noted in research due to the particular vulnerability of children in residential care centres.’ If volunteers truly wanted to help, they would campaign for better, long-term financial support for families in these communities, not continue to pour money into the institutions that prevent this from happening.

But the problems with ‘voluntourism’ aren’t limited to the physical realm, it also presents an ideological issue often dubbed the ‘white saviour complex.’ Simply put, ‘the phrase refers to a white person who acts to help non-white people, but in a context which can be perceived as self-serving.’ Acts that might fall into this complex could be as simple as posting a photo on Instagram – Stacey Dooley, the now-celebrated documentary maker, came under fire in March when she posted a photo with a young African child with the caption ‘obsessed’ which led to some calling her out for using the boy as an ‘accessory.’ For me, such photos are particularly sickening, especially when they feature young children who likely have no idea their picture is being used to boost someone’s charitable public image. White saviours are also usually ignorant to the cultures that they visit – last year the BBC were forced to apologise after Dooley wrongly referred to a religious Muslim gesture as an IS salute in an episode of Panorama. We might also point to Sex and the City 2 as having a white saviour moment when the four main characters dissed the traditional dress of Islamic women because it ‘freaked them out’, for which it is sorely remembered by fans.

A caption by the account barbiesavior perfectly encapsulates the ignorance and unconscious racism that is frequently displayed by voluntourists; along with a satirical image of a white barbie doll saying goodbye to a non-white barbie, they wrote, ‘In two years you are going to meet a grown up man that you have never met before, you two are going to have a child, and if you are lucky he will stay with you. But he will probably leave you alone with your child in your small home made of mud and trees. You will probably sell your body to someone else to earn money for your child. And then, a white woman will come to your child and giver her the best day of her life. Just like I have given to you. Ah, the circle of life.’

If you went ‘voluntouring’ this summer, or have done in the past, this isn’t meant to call you out as a bad person; I think the problem lies in the way we’re taught (or not taught) about the Global South and how we view volunteering there in the western world  – for most it ultimately boils down to the fact that it’s a good way to spend one’s summer, and it also looks great for employability, but that’s it. Few ‘voluntourists’ are educated on the infrastructural, financial, and ideological problems that go hand-in-hand with their experience-of-a-lifetime, and hence that’s why voluntourism can sometimes be boiled down to an insensitive Instagram fad; a personal journey of self-discovery as opposed to an attempt at actually changing the lives of other’s for the better.