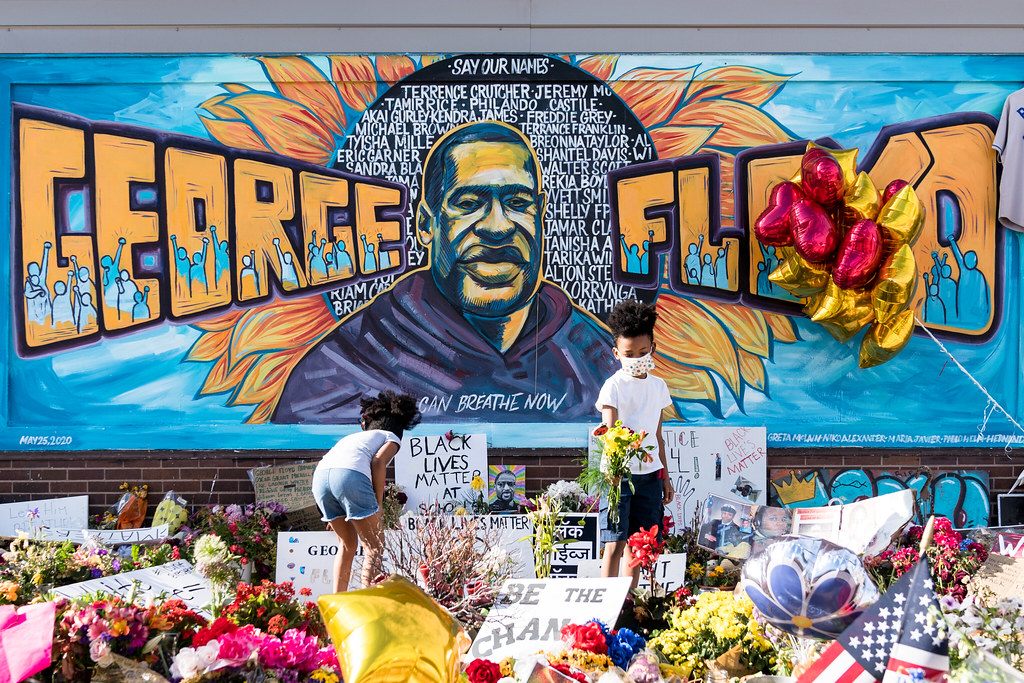 Birmingham City Council has apologised after removing a street art memorial for George Floyd, a black man killed by police in the U.S. on 25th May, Cerys Gardner reports.

Birmingham City Council has apologised after removing a street art memorial dedicated to George Floyd, a black man killed by police in the U.S. on the 25th of May, sparking the recent wave of Black Lives Matter protests across the globe.

The memorial was put up in Kings Heath on 1st June by Birmingham-based artist Mohammed Ali.

Within 24 hours it had been painted over by the council. Ali said to I Am Birmingham: ‘I am saddened to share news that less than 24 hours of its creation, the artwork highlighting the situation in the USA has been painted off.’

He added that ‘the irony is, this highlights the very problem we are currently engaging with[…] voices in our society that are not respected, ignored and silenced.’

‘Most likely it was the council that had it removed. They have the power to remove what they want even if it’s a privately owned building.’

Ali then got in touch with the council who confirmed that they had removed the image, painting it over with white paint.

Cabinet Minister for Street Scene and Parks, Councillor John O’Shea responded: ‘We unreservedly apologise for the removal of this artwork. Graffiti is a scourge in our city and the operative that removed it did so in good faith. There was absolutely no political motive behind this.’

Ali has since repainted the mural in the same place, although he was stopped by the police while doing so, but they moved on quickly.

He has also painted the stencil in several other locations around Birmingham and it has been projected onto the wall of a live music venue in Digbeth.